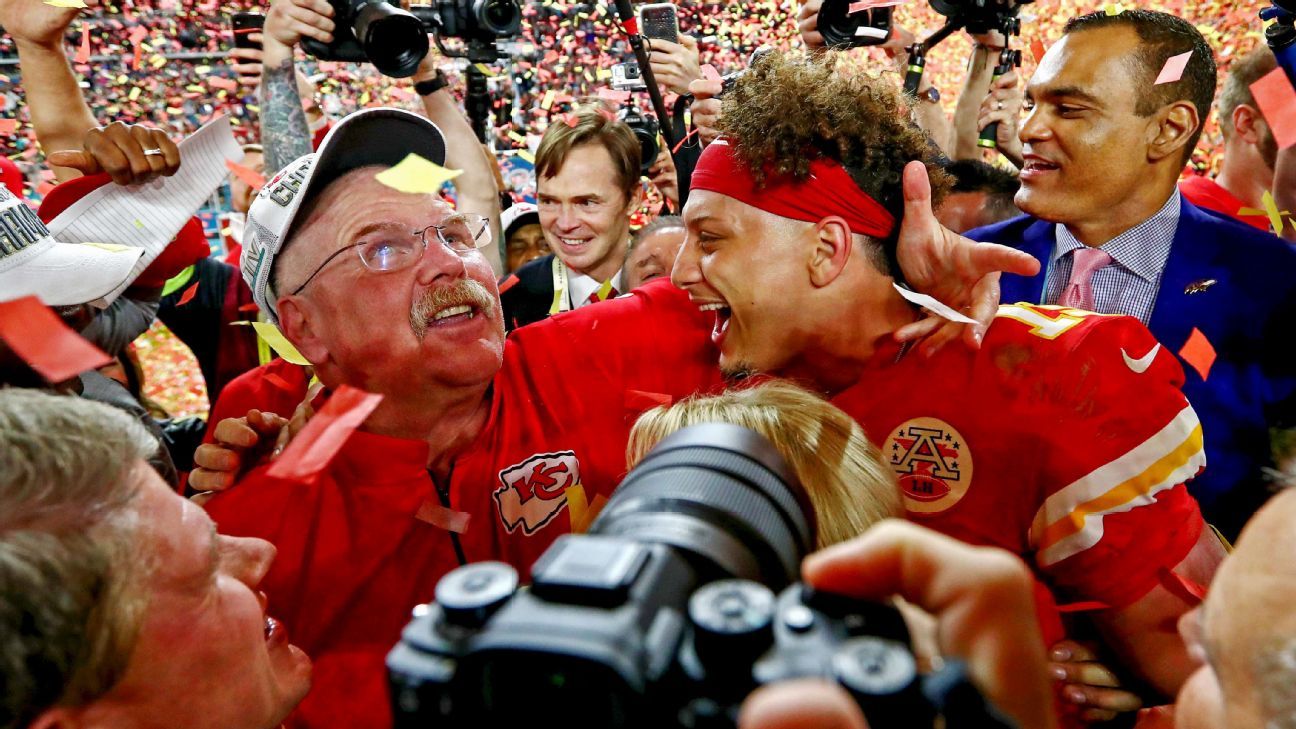 MIAMI — The sun came up for the Kansas City Chiefs the day after their first Super Bowl championship in 50 years.

When it did, it forced two of their headliners, quarterback Patrick Mahomes and coach Andy Reid, to start looking to next season and beyond.

For Mahomes, the MVP of the Chiefs’ Super Bowl LIV victory over the San Francisco 49ers, the immediate issue is a contract extension.

Mahomes, who was the NFL’s MVP in 2018 in his first season as a starter, is eligible for an extension now that he’s played three seasons.

“That’s stuff that’s handled with other people,” Mahomes said Monday. “Obviously, I want to be in Kansas City for a long time. I understand that and also I want to win a lot of football games here.

“For me, it’s kind of letting that stuff handle itself. I’m in a great organization. I have a great team of guys working for me, guys and girls. For me, it’s about trusting those people and finding the best way to do it in order to have the best team around me.”

Team chairman Clark Hunt said early in Super Bowl week that while the Chiefs want Mahomes playing for them for years, signing him to an extension wasn’t a priority. He said an extension may be 12 to 15 months off.

Mahomes’ contract runs through next season and the Chiefs could extend it another year by exercising a fifth-year option.

Mahomes said last week he intended to play his entire career for the Chiefs.

Reid won the Super Bowl for the first time in his 21-year head-coaching career. The victory would seem to solidify his legacy and an eventual spot in the Pro Football Hall of Fame.

Reid, 61, said he hasn’t thought about how much longer he would like to coach but didn’t sound like someone ready to give it up soon.

“I still enjoy what I’m doing,” he said. “I’ve got this young quarterback over here that makes life easy. Every day it’s a pleasure to come to work and know that I have an opportunity to coach him and his teammates.”

Beyond that, Reid said he would soon start working on next season.

“We’ve got plenty of things that we’ve got to look forward to installing this next year,” Reid said. “There’s a nice, long list of good stuff. We’ll keep growing as an offense and as a defense. This was just our first year with Spags [defensive coordinator Steve Spagnuolo]. He’s as creative a mind as anybody.”