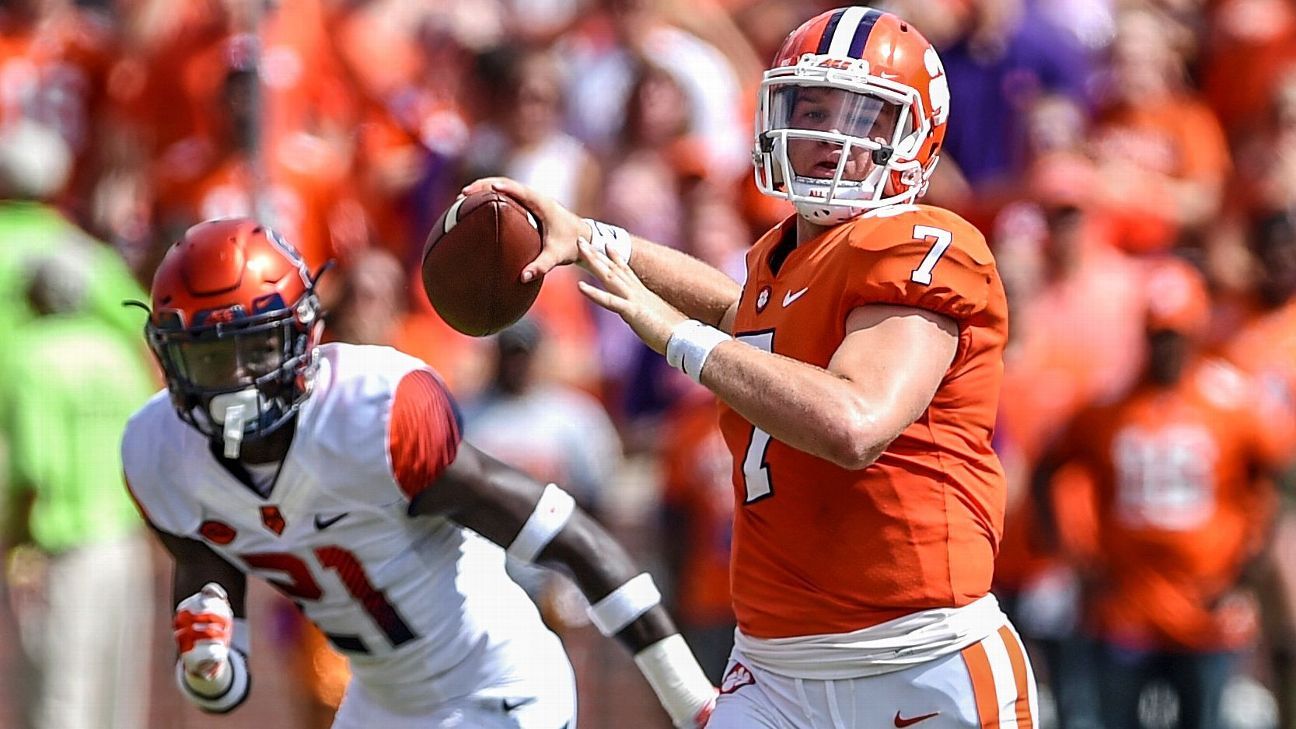 Former Clemson quarterback Chase Brice announced he plans to transfer to Duke, where he will be immediately eligible to play.

Brice, who served as the backup to Trevor Lawrence the last two seasons, made his announcement official on Sunday. He plans to enroll at Duke after he graduates from Clemson in May, and will have two years of eligibility remaining.

The move fits needs on both sides. Brice, a four-star recruit in the class of 2017, gets the opportunity to start and play for noted quarterback guru David Cutcliffe.

Duke fills a major hole at quarterback with the graduation of Quentin Harris. Among the quarterbacks on the current Blue Devils roster, only one has thrown a pass in a game.

Over the past two seasons, Brice threw for 1,023 yards, 9 touchdowns and 4 interceptions. He notably helped Clemson rally to beat Syracuse in 2018 after Lawrence went down with an injury, going 7-of-13 for 83 yards and an interception. That win helped Clemson stay undefeated and eventually go on to win the national title.