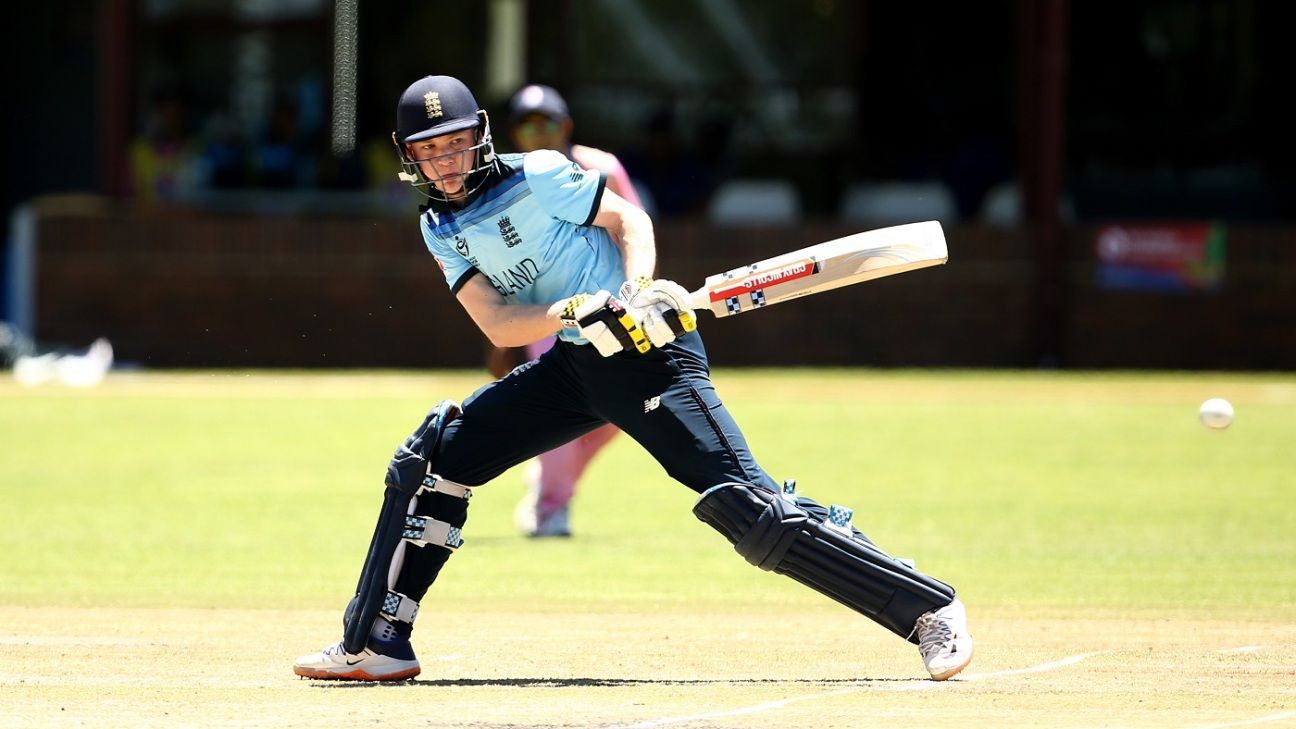 A maiden youth ODI century from Dan Mousley and a five-wicket haul by Lewis Goldsworthy led England to a dominant victory over Sri Lanka in the ICC U19 World Cup Plate Final, sealing a ninth-place finish overall in the tournament in South Africa.

Warwickshire-born batsman Mousley opened for England and brought up his ton during a 142-run stand for the third wicket with Jack Haynes, helping their side to 279 for 7.

England lost Sam Young in the first over, with Mousley adding 58 with Jordan Cox, who was out for 17. Mousley and Haynes scored at five runs per over to take theire side past 200 before Haynes was caught at mid-off for 68 trying to up the pace in the final 15 overs.

With George Hill falling for a duck, Joey Evison joined Mousley with 12 overs remaining. Mousley eventually fell in the 44th over, stumped off the bowling of Kavindu Nadeeshan having reached 111 off 135 balls, including nine fours and a six.

“I’ve really enjoyed opening the innings,” Mousley said. “I’ve been up and down the order recently, but opening is one of my favourite positions.

“Jack and I have played together since we were 13 or 14 years old, so we know our games really well. The way that Joey came in at the end and struck the ball cleanly moved us to a really competitive score.”

Evison’s power hitting alongside captain George Balderson propelled England to 279, with Evison bringing up his 50 off 38 balls before he was bowled on the final ball of the innings for 59.

With the third ball of Sri Lanka’s innings, Balderson dismissed Navod Paranavithana for a duck.

Kamil Mishara and Ravindu Rasantha added a quick 46 for the second wicket before left-arm spinner Lewis Goldsworthy made the breakthrough, bowling Mishara and pick up the first of his five wickets for the match.

Sri Lanka lost nine wickets for 81 runs with Rasantha providing the lone bright spot of his side’s innings, his 66 off 81 balls taking him to the top of the tournament’s run-scorers’ list. He was trapped lbw by Goldsworthy, who cleaned up the final two wickets.

Goldsworthy finisehd with 12 wickets for the tournament at an average of 9.58, with a superior economy rate of 2.34. His five-wicket haul was England’s first at the U19 World Cup since Paul McMahon’s five-for 25 against Nepal in 2002.

Fellow spinner Hamidullah Qadri also finished with 12 wickets and Mousley led the team with 241 runs at an average of 80 thanks to his century and two fifties.

After losing their rain-affected opening match to West Indies by 71 runs under the DLS system falling to Australia by two wickets on the last ball of their thrilling encounter, England failed to reach the eight-team Super League stage. They defeated Nigeria in their final Group game before beating Japan and Zimbabwe in the Plate competition to reach the Plate Final.