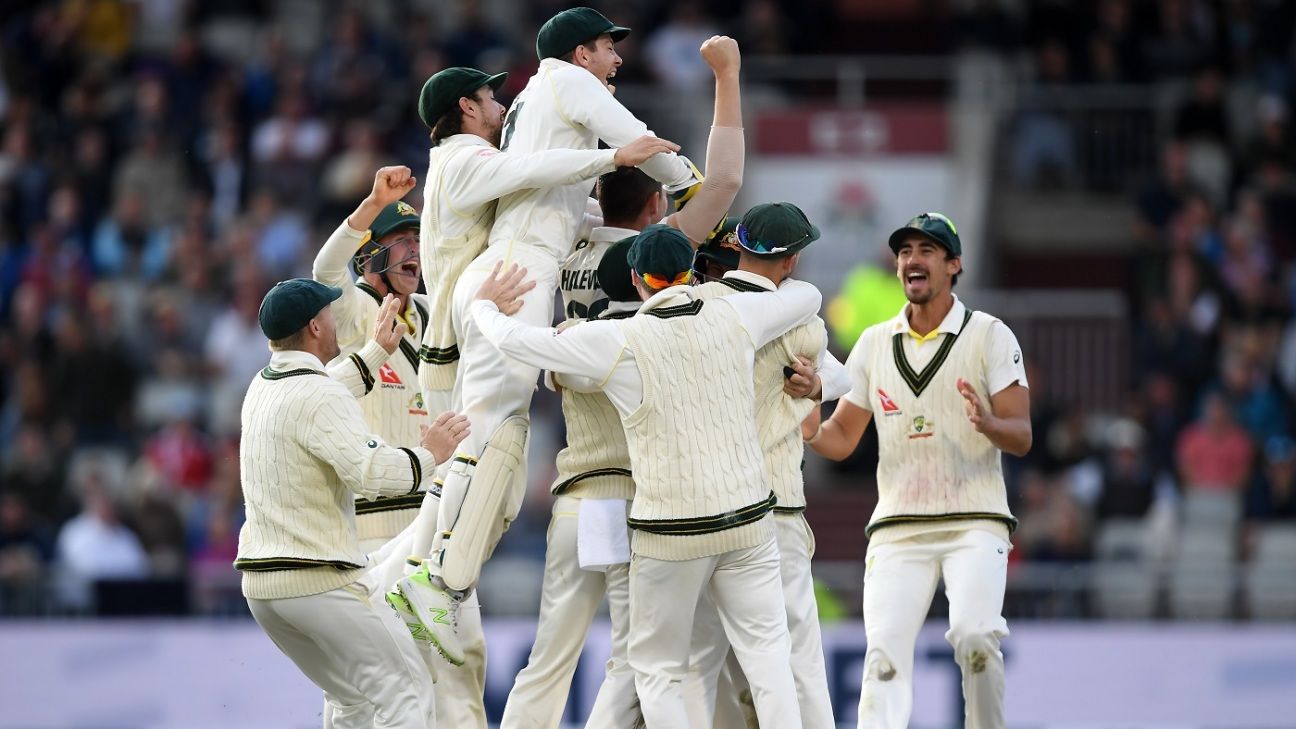 Australia’s Ashes retention in England and a storming home summer have helped the game’s community and junior levels regain the participation ground lost by the Newlands scandal, with club registrations set to bounce back to levels last seen in 2017.

Cricket Australia’s community wing had been hopeful of a boost from better tidings at the top level of the game, and with the Test side retaining the urn in dramatic circumstances at Old Trafford in mid-September, that wish appears to have been granted.

ESPNcricinfo has learned the governing body’s in-season tracking of numbers has clocked higher numbers of registrations for junior and senior club levels, plus the cricket blast entry level format, than the end of season numbers in either of the past two years.

These numbers, which do not include school and indoor cricket competitions, are looked upon closely by CA’s head of community cricket, Belinda Clark, as a vital sign of the game’s health. In the face of some not undeserved cynicism about any sport’s self-reported numbers, Clark has worked assiduously for more accurate and less rubbery numbers to give her department and CA more broadly a better idea of exactly where they stand.

“Not dissimilar to most places, we’re constantly looking at how you understand what’s happening and what are the measures of success,” Clark told ESPNcricinfo earlier this summer. “We’re constantly working on improving that, but I think the key thing I’ve reflected on, having come back into this role, is the importance of understanding what level of information is giving you what detail. So how many competitions do we have is really important, how many teams do we have in those competitions is really important and then how many individuals are playing the game, that’s also really important.

“A lot of our focus has been on understanding what are the drivers of people coming back, what are the drivers of people having a great experience, particularly young kids, and it all relates back to fun not surprisingly. The numbers are absolutely important as an understanding of what’s happening, but what’s probably more important is how we support the people who are providing the experience on the ground.”

With the summer to be rounded out by the women’s T20 World Cup on home soil, concluding with the final to be played at the MCG on March 8, international women’s day, there will be hope that women’s participation numbers – which held steady following the Newlands scandal in contrast to a marked drop-off in male participation – can jump again.

An improvement in club registration numbers can also be partly attributed to extra investment made in the number of “boots on the ground” in terms of community cricket staff at CA and state association levels following the singing of the A$1.18 billion broadcast rights deal which opened up a greater level of funding for the area. Those extra staff have, in turn, aided the game’s vast contingent of volunteers at club and junior levels to more effectively tap into the game’s followers to turn them into club participants.

At the same time, Clark and CA have looked closely at trying to improve the efficiency of club administration and registration through better use of technology. Clark has stated more than once that one of her goals is to make it possible to run the administration of a local club through the use of a phone app alone, as opposed to the often exhausting and repetitive processes of data entry, budgeting and phone calls that are the lot of many a grassroots president, secretary, captain or coach with around 20 clubs currently involved in a pilot scheme.

“It’s probably the reason I’m drawn to doing this work, because it’s got scale, you’ve got more than 4000 clubs, you’ve got a lot of people you’re trying to serve and a lot of opportunity in terms of getting people connected to their local clubs,” Clark said. “So in terms of impact on society, to me this is actually the stuff we need to get right, and that’s what drew me back into it. Are we going to experience problems when you’re dealing with that number of people? Absolutely. How we deal with them and making sure we’re listening the whole time is really what’s important.

“There will never be enough money in sport, so we need to find ways of being more efficient, which is where we come back to the technology and helping people become more efficient with how they run clubs, and keeping it at an affordable sport for people who want to play.”