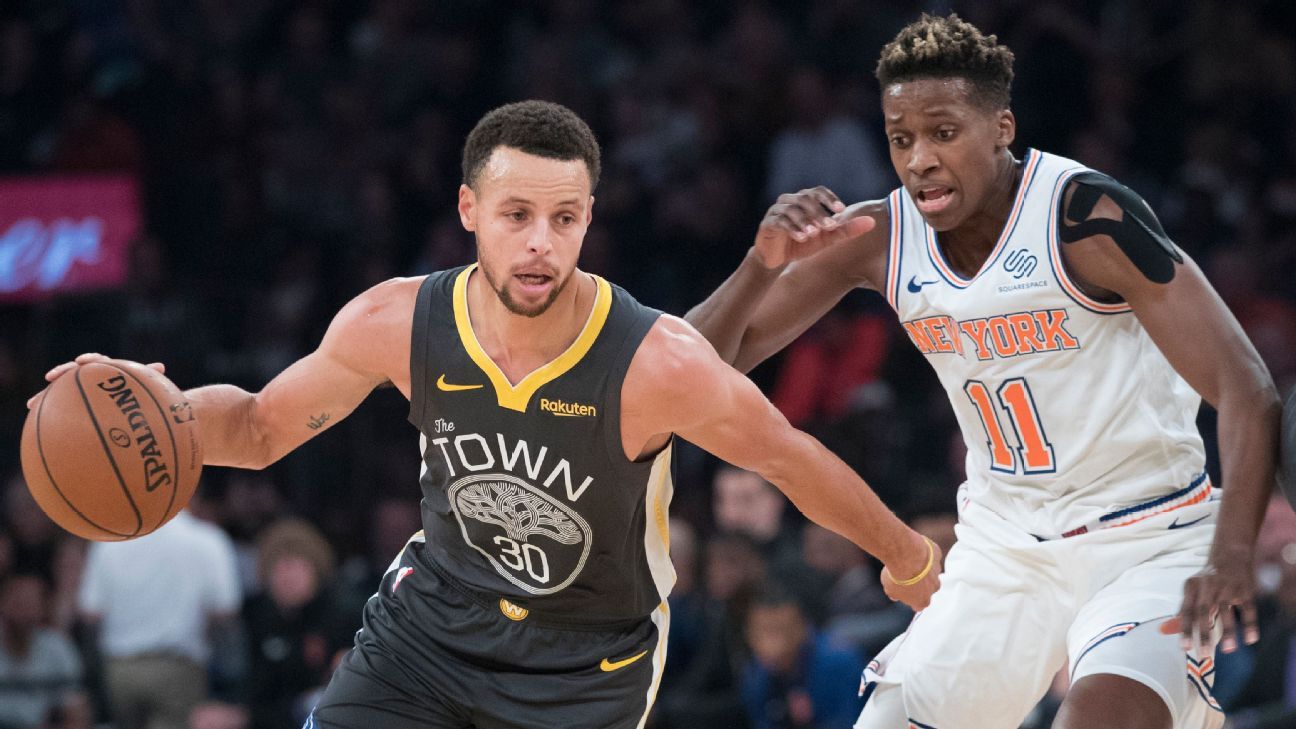 Golden State Warriors star Stephen Curry will miss all of February as he continues to recover from a broken left hand.

He will be re-evaluated in four weeks, and the team is hopeful for a return sometime in March.

Curry sustained the injury during an Oct. 30 loss to the Phoenix Suns and had surgery on the hand on Nov. 1 in Los Angeles.

“He’s made some big strides,” Warriors coach Steve Kerr said before Saturday’s game against Cleveland. “I guess the word is a month away from having another evaluation. We’re really hopeful that around that time he’ll be able to play. We’ll determine that around March 1.”

Kerr said that Curry has been participating in non-contact and individual drills while also working on his conditioning.

“He needs to progress over the next month to lot of action, one-on-one, three-on-three, five-on five,” Kerr said. “That’s all part of the plan.”

Golden State (10-39) has the NBA’s worst record without the two-time MVP, who led the Warriors to three titles and five straight Finals appearances. Curry averages 23.5 points in 11 seasons.

“It’s good to see Steph on the floor and on the sidelines with the team and traveling,” Kerr said. “The mood is brighter when Steph is around. He’s giving the young guys a lot of words of wisdom.”