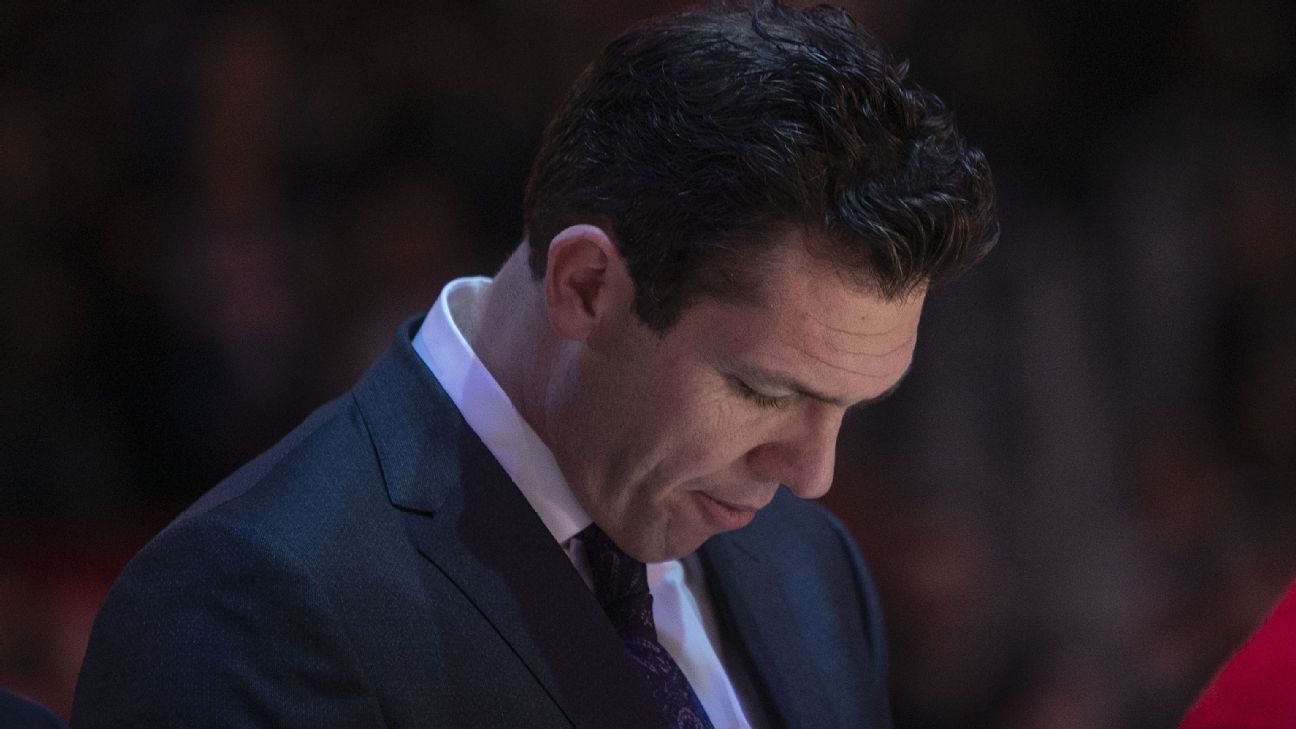 SACRAMENTO — A day later and 380 miles up the I-5 North from Los Angeles, the Lakers were a part of a Kobe Bryant tribute once again.

The Sacramento Kings, coached by a former Bryant teammate in Luke Walton and run by vice president of basketball operations Vlade Divac, the man the Lakers traded to acquire Bryant in the first place, honored Bryant, his daughter Gianna and the other victims of last weekend’s horrific helicopter crash during the Lakers’ 129-113 win Saturday.

Walton said he spent the past week tucking his 5-year-old son, Lawson, into bed by showing him highlight clips of his old teammate on the basketball court.

Bryant was anything but fun for Sacramento during his playing days. His Lakers beat the Kings three times in the playoffs during their championship threepeat from 2000-02 — including an epic Game 7 win in the 2002 Western Conference finals, coming back from a 3-2 series deficit to advance to the NBA Finals on the Kings’ home court.

And still, the Kings organization made sure to honor Bryant if as if he was one of their own, complete with a memorial outside the Golden 1 Center where fans could write personal messages to Bryant on a banner display and with several video compilations during first-half timeouts.

“I’ve heard all the stories from both sides now, and there’s not a lot of love, but boy is there a lot of respect,” Walton said of the former Bryant-Kings rivalry. “It’s a very supportive group even though while competing there was a lot of hatred between the two.”

The Sacramento crowd was split close to 50-50 between Kings and Lakers fans and on several occasions a cacophonous “Ko-be! Ko-be!” chant filled the arena. Kings assistant coaches showed their support for the fallen Lakers star by wearing black T-shirts with “KOBE” printed in large, white letters across the front during pregame warm-ups.

Walton’s grieving process was intensified by the Kings’ visit to Los Angeles earlier this week to pay the Clippers.

He said he couldn’t help but think about Bryant and his family.

“Emotions are everywhere,” Walton said. “You walk through Staples Center and Vanessa and the girls used to sit outside our locker room every game, and you kind of pay your respects on the way by, and you forget about it, and then you walk by that spot, and you see them there [in your mind].

“And it’s really hard. And it’s something we’re all fighting through, but I truly believe the best way to honor and continue healing is to compete and give everything you have to the game.”

And Walton knew Bryant’s thirst for competition knew no bounds. He recalled teaching Bryant a drinking game called quarters, where you bounce quarters into a cup, on a road trip.

“We’re in the hotel room and he was awful at it,” Walton said with a smirk. “Kobe being Kobe, we kept hanging out and playing and he’s over there at a side table just practicing for an hour straight.”

Walton also remembered the time he called Bryant leading up to the 2015 Finals for tips on going against LeBron James when he was an assistant coach with the Golden State Warriors while he was taking Lawson, then an infant, for a walk around the neighborhood in his stroller.

“I just asked, ‘Kob, tell me anything you know about LeBron,'” Walton said. “And he goes for like 30 straight minutes. I’m sitting outside of my house and he’s still going about his tendencies, and how he likes to pass first and get people involved. All these things he studied to play against him were just on the top of his mind. That’s just how he approached being a competitor.”

The Lakers figure the league will approach honoring Bryant much the same way the Kings did. It will be a constant theme the rest of the season.

“We’re prepared for it,” said James after putting up a triple-double, his 11th of the season, in the win. “We understand it and we hope it happens every night, just because of the legacy that he’s left behind.”

L.A. is leaning in to Bryant’s memory, breaking their huddles by saying, “1-2-3 Mamba!”

They scored 81 points in the first half in Sacramento and the significance wasn’t lost on anybody.

“Knowing how special it was when he scored 81 and having 81 at halftime, I guess it’s like our angel at all times here with us,” he said.