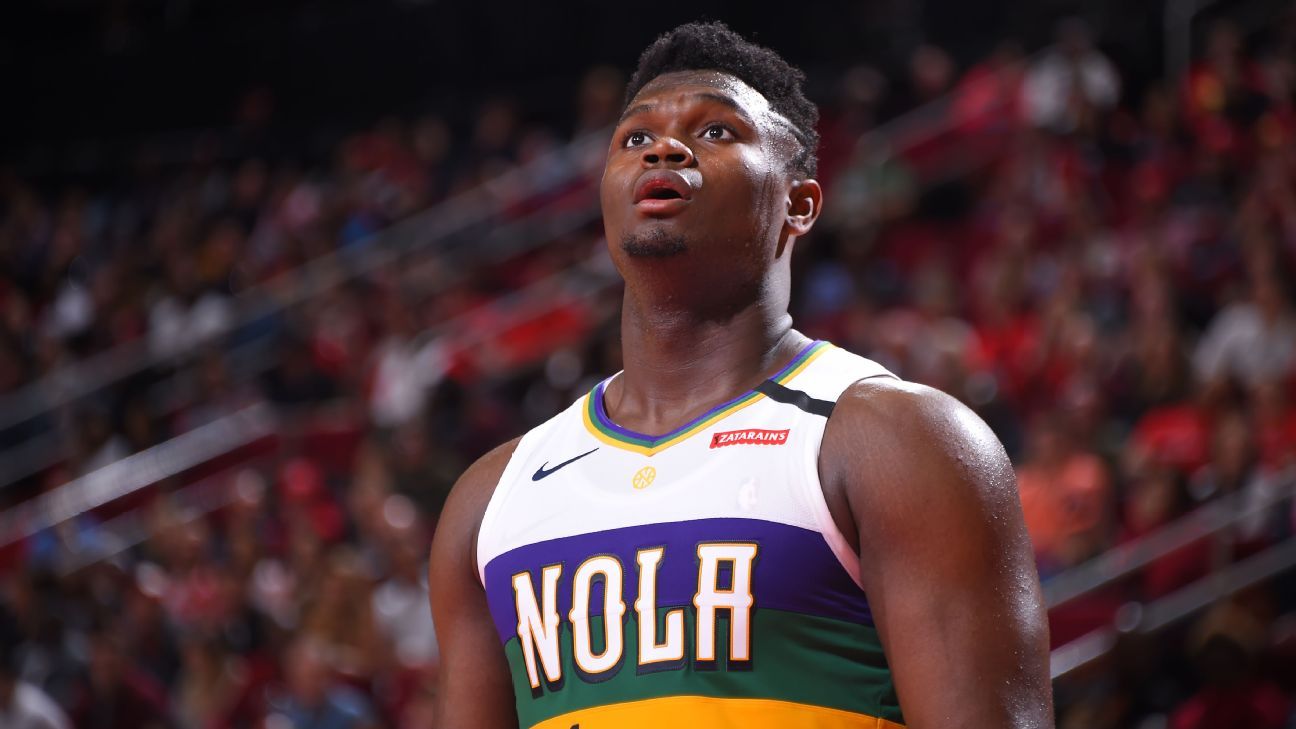 HOUSTON — In the early part of his NBA career, New Orleans Pelicans rookie Zion Williamson has proven to be a force down in the post area.

Whether it’s his offensive rebounding or touch around the rim, he’s proven a tough cover for opposing teams.

That’s why after Sunday afternoon’s 117-109 loss to the Houston Rockets, Pelicans coach Alvin Gentry was visibly upset that his team largely ignored Williamson for stretches in the fourth quarter.

“We didn’t execute and we didn’t do what we were supposed to do,” Gentry said. “Being said, Zion can’t go four minutes without touching the basketball and that’s on me. That’s something that I’ve got to make sure that will never happen again. So I take responsibility for that. And if weren’t not gonna give it to him and not gonna execute, then we gotta have different people in the game. That’s on me also.”

When asked if that was simply teammates learning how to play with Williamson in what was just in sixth NBA game, Gentry wasn’t buying it.

“Nah, you gotta throw him the damn basketball,” Gentry said. “I mean it has nothing to do with playing together, figuring it out. He’s got an advantage and we gotta find a way to get him the basketball down there. So I’m not buying the playing together or figuring out anything like that. We have to have him have touches in the fourth quarter.”

Williamson finished with 21 points and 10 rebounds as the Pelicans lost the lead in the fourth quarter. Houston outscored New Orleans, 25-16, in the final frame while the Pelicans struggled mightily down the stretch. The Pelicans shot 5-of-22 in the final 12 minutes including missing all nine of their three-point attempts.

“Not really no, they did do a good job of switching that stood us up a little bit but we have to know how to attack that and overcome it in the game,” Ingram said when asked if Houston changed anything up late.

Williamson finished playing 33 minutes, the most he’s had in any game this season. He mentioned after the game that he doesn’t think he’s on any minutes restrictions anymore, but instead the team is going off how he feels in the game.

It was the first time this season, however, that he topped the 30-minute plateau.

Also, the Pelicans haven’t been outscored while he’s on the floor in any of his six games as he once again posted a positive plus-minus. Williamson has posted a 14.9 net rating (116.3 offensive rating, 101.4 defensive rating). Williamson was told about Gentry being upset about him not getting touches, but he said he felt his teammates were making the right plays.

“I don’t fault nothing they did,” Williamson said. “It was all good shots that they felt comfortable with. We just have to learn and move on.”

Houston continued playing its small-ball lineup without a player above 6-foot-6 getting time. While the rebounding went the Pelicans’ way, Houston’s ability to switch everything eventually wore down on the Pelicans.

Of course, it helped that James Harden looked like his old self with 40 points, 10 rebounds and nine assists.

Behind the former MVP’s effort, the Rockets got back on track in the second half after it looked like New Orleans could run away with the game.

But the Pelicans continuously tripped themselves up. They finished with 23 turnovers and the Rockets turned that into 29 points – the most any Pelicans’ opponent has scored this year off of New Orleans’ miscues.

Following the game, Houston had plenty of praise for Williamson’s game.

“You see it, he’s a very athletic player. He’s a great player, he’s gonna be a great player,” Rockets coach Mike D’Antoni said. “I thought he was on a minute restriction but he played 17 in the first half, I’m going, ‘What!?’ so that’s the only thing that could probably keep him down because he’s gonna be a good player for a long time.”

Harden told ESPN’s Jorge Sedano walking off the court that Williamson was “going to be great.”

Williamson is now averaging 19.5 points and 8.2 rebounds per game while shooting 61.5 percent from the field. If the Pelicans have any hopes of making a playoff push, Williamson is going to play a big role in that. And that’s something Gentry is well aware of.

“You know, we control our own destiny. Nobody controls our destiny but us,” Gentry said. “We have to be in a position where we understand that. And we have to grind the hell out of it to make sure we give ourselves every opportunity to win. I didn’t think we did that.”