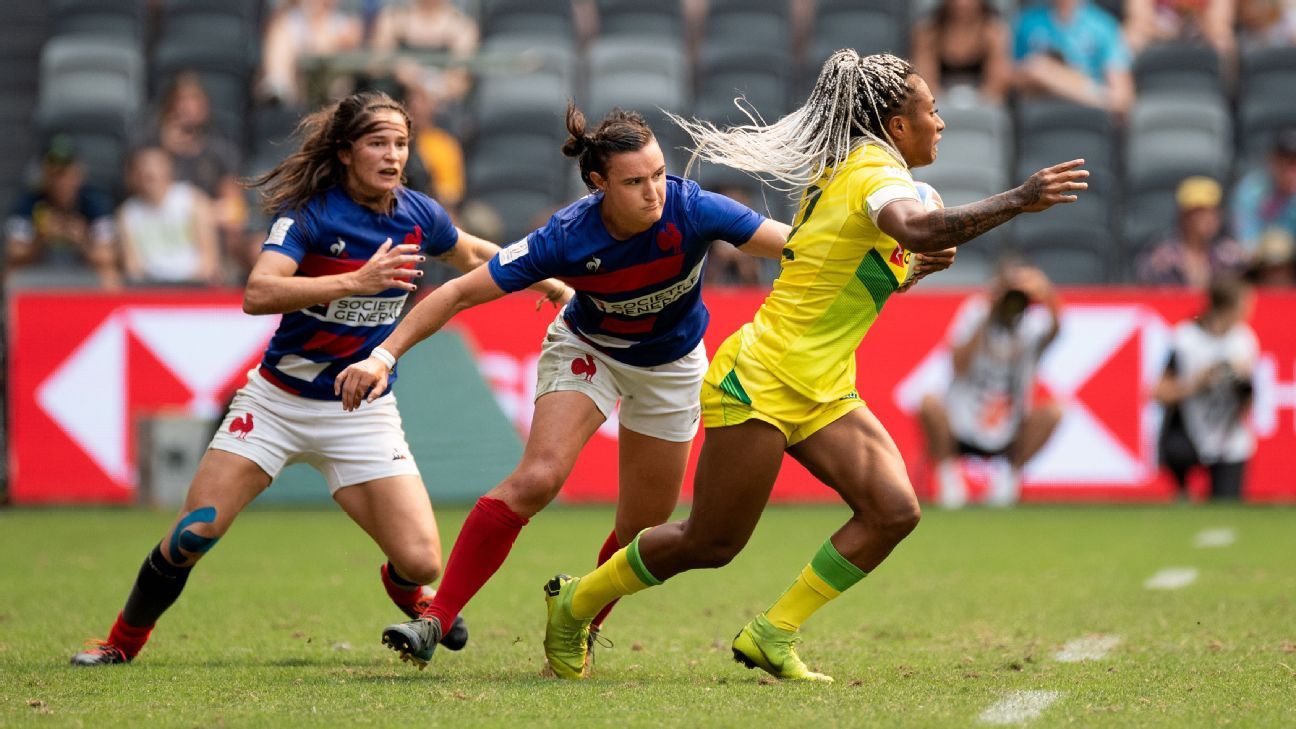 Australian captain Sharni Williams says their side’s wet weather win against France to claim bronze at the Sydney Sevens went a way to proving their mettle after their collapse against Canada earlier in the day.

Tries to Ellia Green and Demi Haynes in the first and second minute were all Australia needed as they defended resolutely in a 12-10 victory on Sunday night.

While Canada’s physical dominance in a 34-0 loss concerned coach John Manenti, captain Williams said their response against France was a “statement” performance ahead of July’s Olympics.

“When you do see that sort of stuff (Australia being physically vulnerable) in the media it can get to you, but we’ve done the hard work,” she said.

“We’re a small team … but we’ve got that ticker, the small man syndrome where you get up in there and fight for everything.

“In that sort of weather as well … I definitely think we made a statement tonight.”

Australia haven’t won a series since their sweep in Sydney two years ago when they racked up 213 unanswered points in the tournament.

But they have enjoyed a consistent season with two seconds, two fourths and a third in this campaign and welcomed back Rio gold medal stars Charlotte Caslick and Emilee Cherry in the last fortnight.

Manenti knows his side must improve around the ruck though, admitting they were “gutted” with their performance against Canada.

“I know they’re better than that and let themselves down,” Manenti said.

“We were particularly poor around the breakdown; we got counter rucked it felt like every time we got possession.

“But we’ve got to learn; that’s a few times now we’ve got in crunch matches and let ourselves down.”

New Zealand will remain the team to beat though, finding a way through Canada’s staunch defence in a 33-7 win to clinch a fourth-straight gold medal.

Nearly 35,000 fans attended across the two days at the new Parramatta venue.

The next women’s world series leg – one of just four before the Olympics – is not until April 3 in Hong Kong.