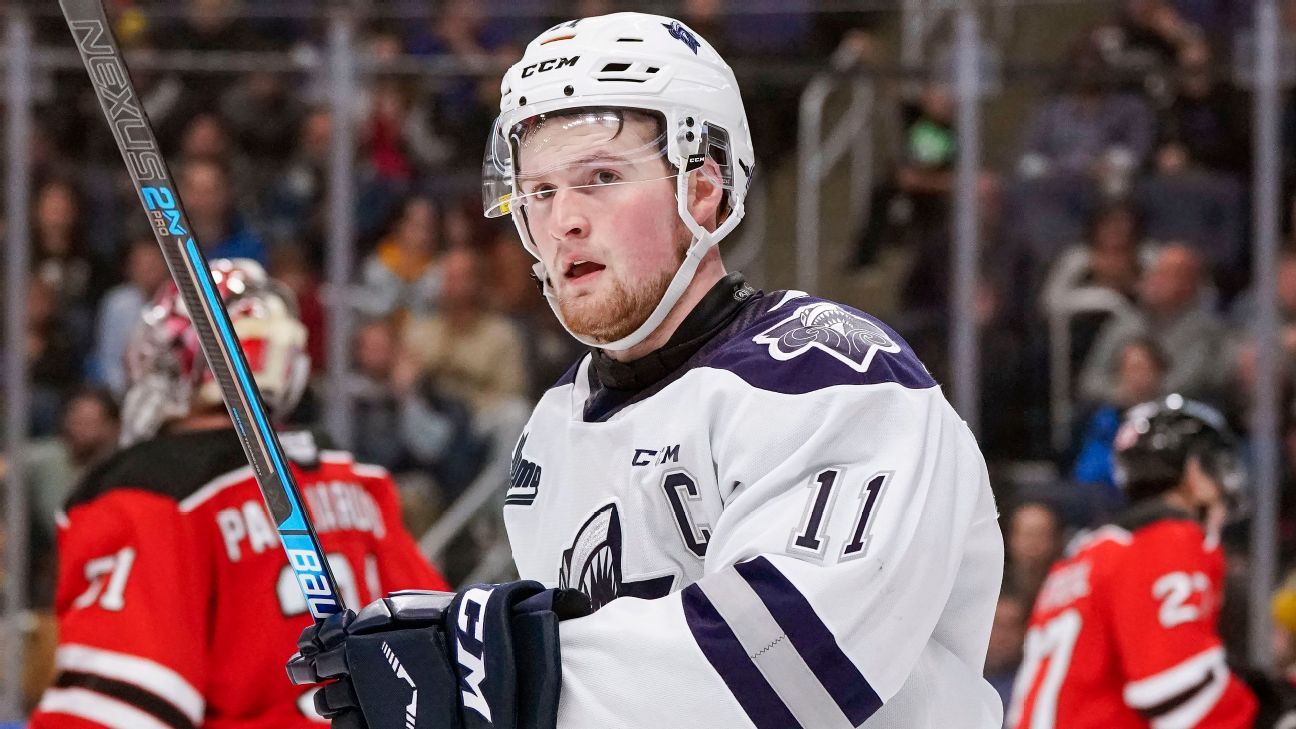 Alexis Lafreniere, expected to be the No. 1 overall pick in June’s NHL draft, was suspended for three games Tuesday by the Quebec Major Junior Hockey League.

Lafreniere, 18, who plays forward for Rimouski Oceanic, delivered a head shot on Quebec Remparts forward Thomas Caron six seconds into the third period of a game Sunday. Lafreniere sized Caron up at center ice and drove a shoulder into him near the faceoff dot. He drew a five-minute major penalty, as well as a game misconduct. Quebec won, 4-2.

Lafreniere has 24 goals and 84 points in 39 games this season. Earlier this month, he helped lead Canada to its 18th title in the World Junior Hockey Championships. He was named tournament MVP after two assists in a 4-3 win over Russia in the championship final. Despite missing two games due to injury, he posted four goals and 10 points in the tournament.

Lafreniere is the top North American skater in the NHL’s midseason draft rankings.