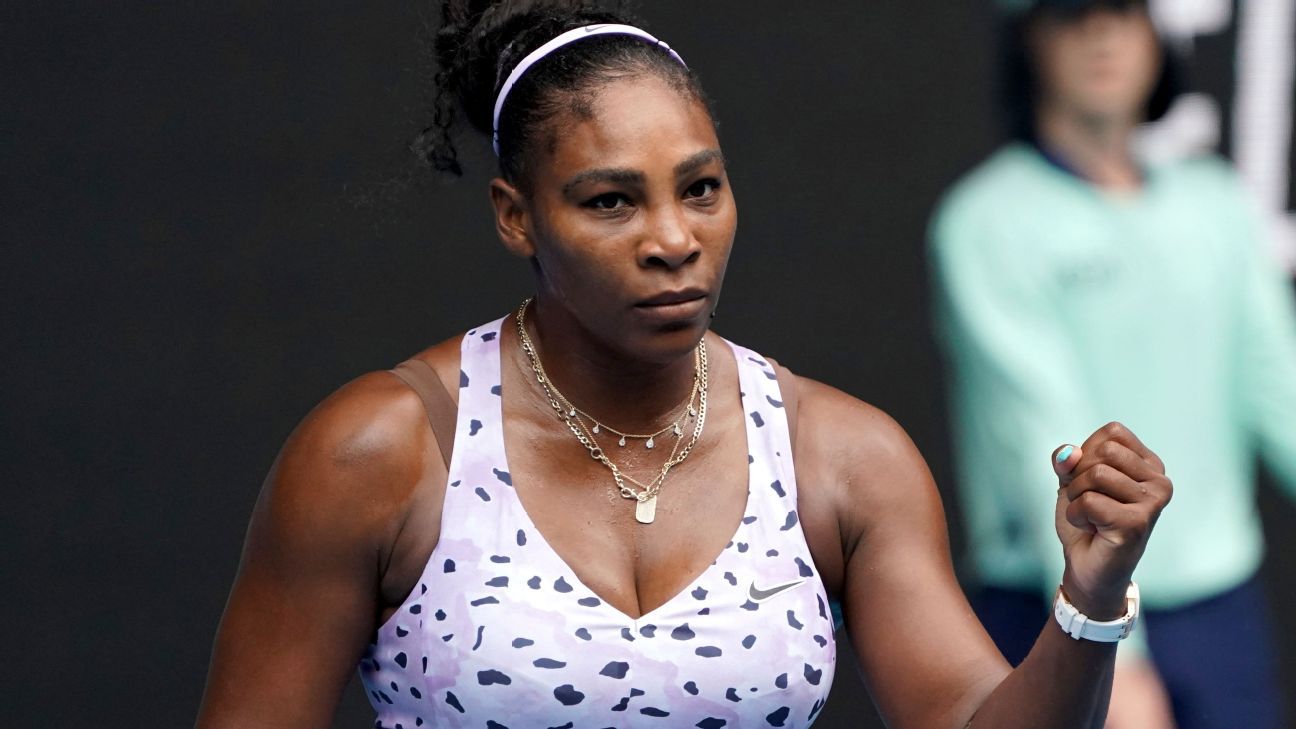 MELBOURNE, Australia — Serena Williams won the first set in 19 minutes and had a momentary lapse at the start of the second but completed a 6-0, 6-3 win over Anastasia Potapova.

The eighth-seeded Williams is attempting to win her record 24th Grand Slam singles title. Williams had her service broken in the second game of the second set after cruising through the first. But she broke Potapova’s serve two games later, her fifth successful break in six attempts.

“I hadn’t been able to win as a mom, so it was nice to finally be able to win a tournament with a 2-year-old now,” Williams said. “I’ve been pretty close but it was special for me and for her. I hope for her.”

Defending champion Naomi Osaka won the opening match in Rod Laver Arena, reeling off the last four games after dropping serve for the only time to beat Marie Bouzkova 6-2, 6-4.

Osaka is aiming to be only the ninth woman to successfully defend the Australian Open title. She wasn’t able to do that at the U.S. Open last year, when she lost in the fourth round a year after winning her first major title in New York, but says she learned some valuable lessons there. “Definitely, it was really tough for me trying to control my nerves. I’m really glad I was able to finish it in two,” Osaka said.

She was given the first match on the main court at Melbourne Park on a day when former champions Williams, Novak Djokovic and Roger Federer also featured on Rod Laver.

“Thanks everyone. You probably didn’t come for me, but thanks for filling up the stadium,” she said.

Osaka hit 29 winners and 28 unforced errors, pushing No. 59-ranked Bouzkova around with some heavy ground strokes.

Other seeded players advancing included No. 13 Petra Martic and No. 14 Sofia Kenin.