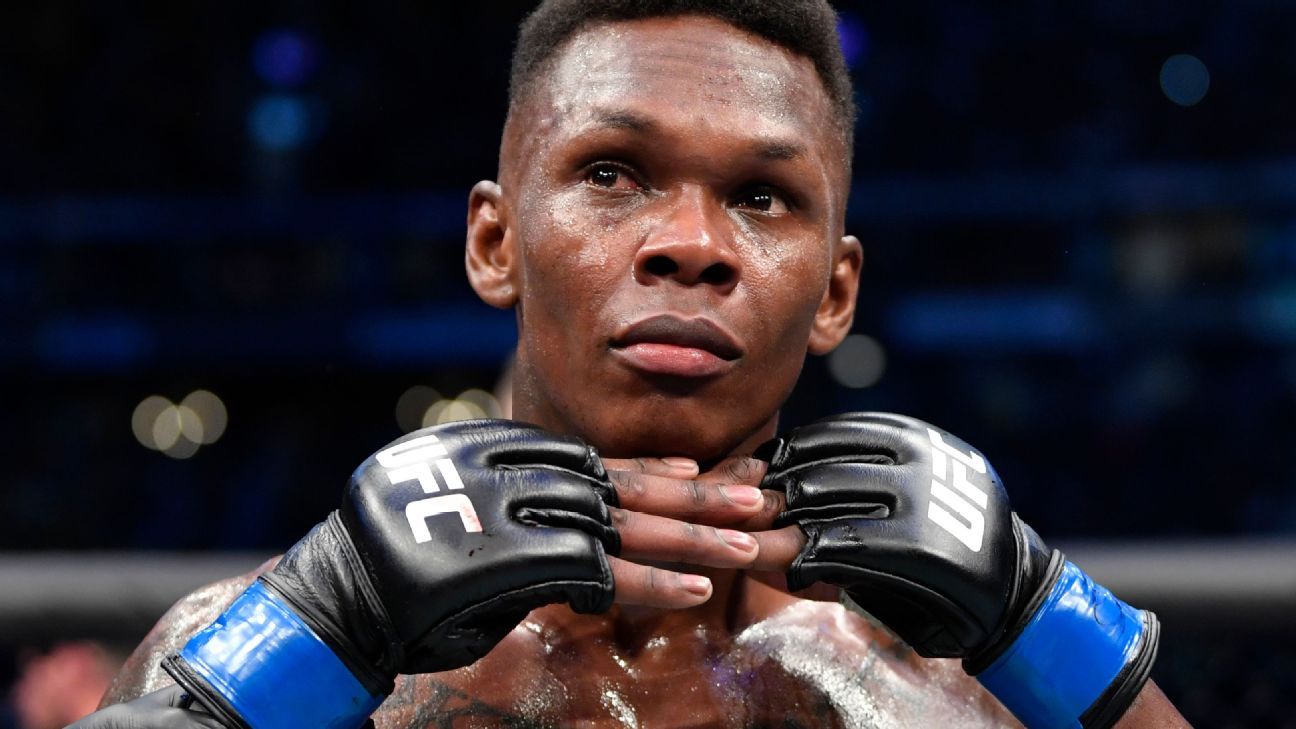 His first middleweight title defence at last on the books, Israel Adesanya may just take a little inspiration from Conor McGregor into his UFC 248 showdown with Cuban Yoel Romero.

McGregor is once again the talk of the mixed martial arts world after his devastating Round 1 TKO of Donald “Cowboy” Cerrone over the weekend, the Irishman announcing his UFC return after an 18-month layoff in typically eye-catching fashion.

Watching on back at home in Auckland, New Zealand, Adesanya had the same reaction as fight fans the world over as he watched a man with whom he shares the same Paradigm Sports Management team.

“It was great, I loved it. I appreciated the way he played the game,” Adesanya told ESPN. “I loved the shoulder strikes, that was gangster. I liked the head kick, that was sick, it was real slick. I’m a big fan.

Adesanya will return to the Octagon for his first title defence as the full UFC middleweight champion – he defeated Robert Whittaker as interim champion at UFC 243 last year – on Mar. 7 as first reported by ESPN’s Brett Okamoto.

It will be a change in build-up from his first six UFC fights however with Adesanya having to wait six months between fights, his showdown with Romero representing the longest stint outside the Octagon since he began a seven-fight streak to the middleweight title.

“I would have like to have fought sooner, I guess, but that just now how things played out,” Adesanya said.

“I’m in a different league now, I’m the champion … but it is what it is, I’m here now and I have a fight ready. So I’m just going to line them up like I did in my run at the beginning of my UFC career.”

Still, Adesanya was adamant Romero was the ideal opponent to start a year in which he wants three title defences; after Las Vegas, both London and either Vancouver or Toronto in Canada appeal as destinations where the Nigerian New Zealander wants to keep building his “global” brand.

“[I’ll] take out one of the tough guys in my division, the guy no-one wants to fight, so I’ll just take him out first and then work through the rest.”

While preparations for Romero will never be far from mind, Adesanya is also busy helping his City Kickboxing teammates prepare for UFC Fight Night Auckland.

The Feb. 23 card is being headlined by local lightweight star Dan Hooker but also represents a coronation of sorts for the Auckland gym after its stunning rise under Eugene Bareman.

“It’s a beautiful atmosphere in the gym. Everyone working hard, working smart, towards the same goal,” Adesanya said of City Kickboxing. “I must say that I’m looking forward to being front and centre watching Brad Riddell, Kai Kara-France [at UFC Auckland] and a few of the other guys fight the night before as well. It’s beautiful.”