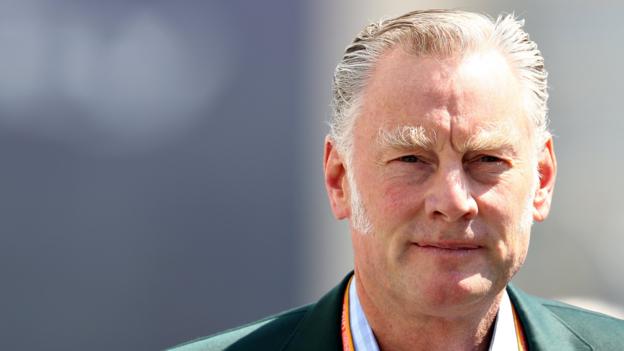 Formula 1 commercial boss Sean Bratches is to leave his role at the end of the month.

Bratches, one of three executives appointed when US group Liberty Media bought the sport in January 2017, will not be directly replaced.

A statement from F1 said he would “continue to support the business in an advisory role from the United States”.

F1 chairman and chief executive Chase Carey said Bratches had “transformed the commercial side of Formula 1”.

The move, first reported by BBC Sport in August last year, comes as part of a reorganisation of the commercial side of F1.

When Liberty took over F1 and ousted former boss Bernie Ecclestone, it set up a management structure under Carey that saw former Mercedes team boss Ross Brawn head the sporting side and Bratches the commercial.

A statement from F1 emphasised the transformation of the sport since that time.

It said F1 had “broadened its sponsor portfolio, improved the reach and scope of the sport’s global media rights, renewed key race promotion agreements and announced two new races to the Formula 1 calendar (in the Netherlands and Vietnam, both of which debut this year).

“Formula 1’s digital business was revamped under his leadership, launching a new responsive web platform and extending the brand into areas such as direct to consumer, fantasy, podcasting, licensing and betting.

“All key metrics including race attendance, television viewership, and digital and social media engagement and usage have increased during his tenure.”

However, Bratches has not been successful in one of his headline ambitions, which was to set up a new race in what he calls a “destination city” in the USA.

Bratches had earmarked Miami but an initial proposal for a race downtown and over a bridge foundered on local opposition.

F1 is now trying to set up a race in a less dramatic location around the Miami Dolphins NFL stadium, but this has yet to materialise.

Bratches said: “I am proud that I leave Formula 1 in a better position than when I joined in 2017 and I know that the foundation we have put in place as a team will continue to serve our fans around the world and reach new audiences.”