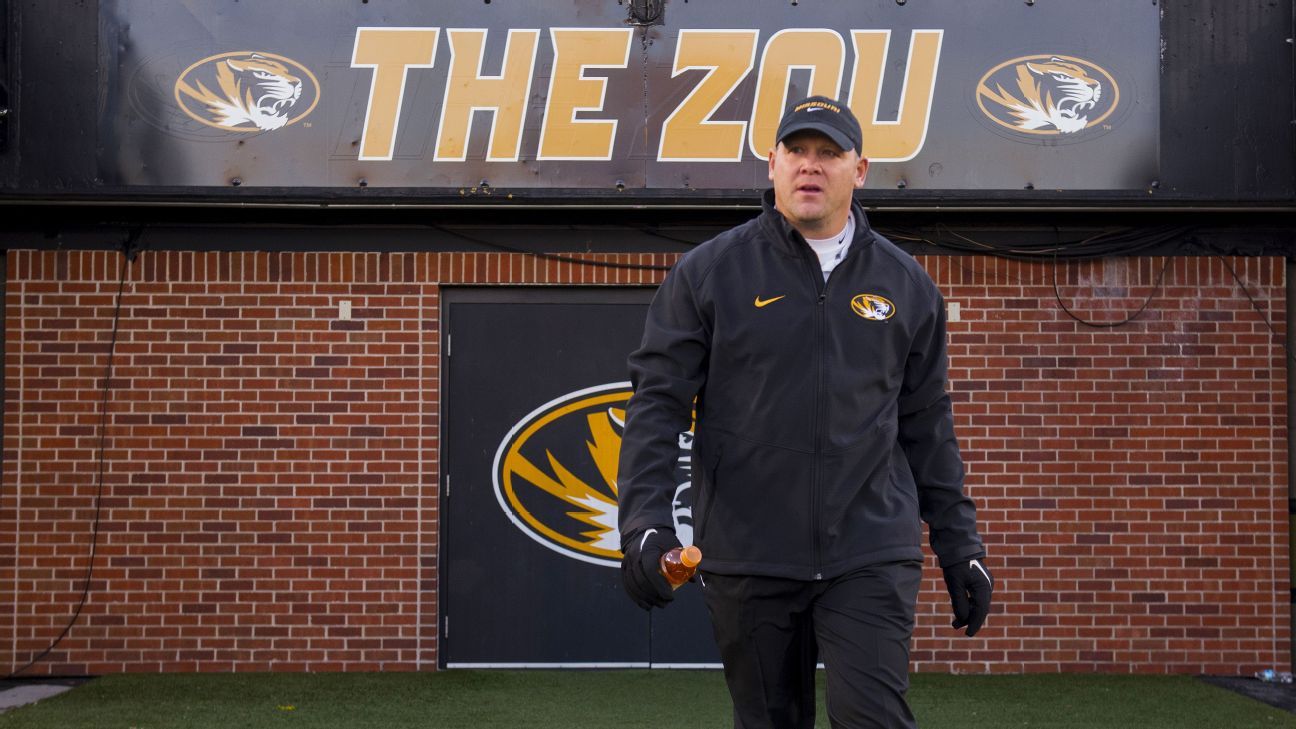 Missouri fired coach Barry Odom on Saturday, a day after the team completed its season at 6-6.

“As a program, we had tremendous momentum coming into the 2019 season with the opening of the new south end zone facility as well as other strategic investments in our football program,” Missouri athletic director Jim Sterk said in a statement. “However, we lost a great deal of that energy during the last half of the season. This decision was difficult to make but was necessary.”

Odom went 25-25 and 13-19 in SEC play during four seasons at his alma mater, where he served as defensive coordinator before being promoted to succeed Gary Pinkel after the 2015 season. Missouri started 5-1 this fall before dropping five consecutive games. The Tigers beat Arkansas on Friday.

The NCAA on Tuesday upheld a postseason ban and other sanctions against Missouri, where a former tutor for the football team and other teams at the school admitted to completing coursework for student-athletes. Athletic director Jim Sterk strongly criticized the NCAA for upholding the ban, which he called “a really hurtful decision that’s a blow because it impacts so many student-athletes.”

Odom, a former Tigers linebacker, began working for the football staff in 2003 and spent 10 of the next 13 seasons in various roles before being elevated to head coach. Former athletic director Mack Rhoades hired Odom, and Sterk was hired in August 2016. Odom went 4-8 in his first season before guiding Missouri to consecutive bowl appearances and 4-4 records in SEC play.

Sterk said a national search has begun to find the program’s next head coach. He hired two head coaches, Bill Doba and Paul Wulff, during a decade as Washington State’s athletic director. He also promoted Rocky Long to head coach at San Diego State while serving as AD there.