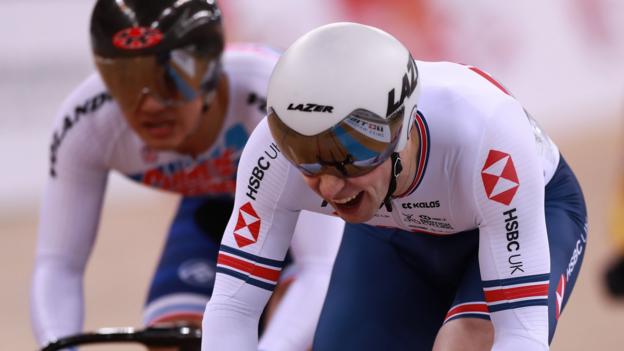 Britain’s Jason Kenny claimed silver in the keirin on day two of the UCI Track World Cup in Hong Kong.

The 31-year-old was fourth in Glasgow earlier this month, but took second in Hong Kong behind New Zealand’s Callum Saunders, who won in 10.119 seconds.

The fourth of the six World Cup events, which offer points towards Olympic qualification for Tokyo 2020, takes place in New Zealand next month.

On Friday, Britain failed to finish in the medals in the team sprint.