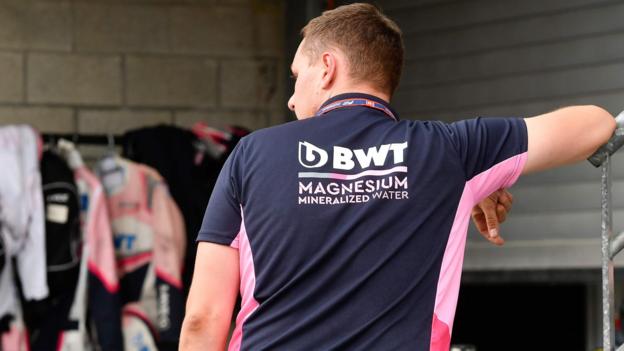 The accident that killed Formula 2 driver Anthoine Hubert on Saturday serves a reminder of the unpalatable truth that motor racing can never be safe.

It has, understandably, cast a pall over the Belgian Grand Prix weekend.

As safety has improved over the years, accidents such as this, and their terrible outcomes, have become increasingly rare. But any time a human being straps themself into a projectile and races closely with other cars at speeds of well over 100mph, they are taking a very serious risk.

This day would otherwise have been filled with talk of Ferrari’s front-row lock-out, whether they could finally deliver a win this season, and so on, but people who work in Formula 1 know a bad accident when they see one, and the reaction to this one was instantaneous.

World champion Lewis Hamilton was conducting television interviews at the time and was glancing, as F1 drivers do, at the start of the F2 race.

“Aye, aye, aye,” he said, as the accident unfolded in all its horrific violence. “Oh wow. Hope that kid’s good. Wow. That’s terrifying.” He rubbed his forehead, his face a mask of concern, and then walked off, not saying another word.

At Red Bull, their new driver Alexander Albon was holding his news conference with the written media, the F2 race on a television screen behind him.

Journalists inhaled in horror at what they seeing. Albon turned around, watched what was happening, and said nothing. Then, after a minute or so, crossed his hands to indicate to his media handler that the session was over.

Immediately, even though there was no confirmation of the seriousness of the accident, the paddock at Spa descended into silence. People’s faces set. Work was undertaken with stoicism and silent contemplation. Motor racing is a hard, brutal business, in a number of ways, but the sport also considers itself a family, and it rarely feels closer than at times like this.

These moments confront racing drivers in a very visceral and immediate sense with the dangers of the profession they chose because they love it. The risk they take is an inherent part of that love, however hard that might be for some to comprehend.

Of course they don’t want to be injured, or worse, but the very fact they can be adds an extra frisson to an activity that already rewards its participants with feelings that simply cannot be experienced anywhere else.

The combination of balance, bravery, skill, judgement and excitement that comes from controlling a racing car on the very edge of adhesion at high speed, and trying to beat everyone else while doing it, is what makes racing drivers stand out from other people, and make it different from most other sports.

It is also part of the appeal to the people who watch it. They don’t want to see people hurt either, but they appreciate what the drivers are doing, what it requires of them, and what is at stake.

Not for nothing did Hemingway say: “There are only three sports: bullfighting, motor racing, and mountaineering; all the rest are merely games.”

As Hamilton said: “If a single one of you watching and enjoying this sport think for a second what we do is safe your hugely mistaken. All these drivers put their life on the line when they hit the track and people need to appreciate that in a serious way because it is not appreciated enough. Not from the fans nor some of the people actually working in the sport.

“Anthoine is a hero as far as I’m concerned, for taking the risk he did to chase his dreams. I’m so sad that this has happened. Let’s lift him up and remember him.”

Hubert is the first man to die as a result of an accident in a race sanctioned by international governing body the FIA since F1 driver Jules Bianchi, who sustained terrible head injuries in a crash during the 2014 Japanese Grand Prix and died the following July.

The last driver killed in a major international motor race was Britain’s Justin Wilson – hit on the head by debris during an IndyCar race at Pocono, Pennsylvania in August 2015.

Since then, there have been a number of serious accidents, but no fatalities, which is a testament to the ongoing work around the world to improve safety.

There will be a full investigation into this accident. It will be considered whether the ‘halo’ head-protection device, which was introduced last year as a direct result of Bianchi’s accident did its job as intended. The forces involved will be analysed. Lessons will be learned, and changes made. But in some cases, there is not much to be done. The human body can only take so much, which is why the risk of motorsport can never be entirely eradicated.

Spa-Francorchamps, where this accident happened, is one of the world’s greatest, most historic, fastest, most challenging and, yes, most dangerous race tracks. To a man, the drivers look forward to races there more than those at a mere handful of circuits around the world. But they don’t do it lightly. They do it in full awareness of the risks they are taking.

On Saturday night, over dinner with friends and colleagues, the 20 F1 drivers will contemplate the loss of a man who some of them knew, some of them had raced against, and of which some were only aware as someone who could very well one day soon be one of them.

On Sunday, they will wake up and drive into Spa, and go about their usual pre-race preparations. They will do it with seriousness, sobriety, and an iron determination to carry on with business as usual.

Then, at 1510 local time on Sunday, they will watch five red lights come on one by one and then go out, and within a few seconds they will be racing nose to tail and perhaps even side-by-side at close to 200mph over the exact spot where less than 24 hours before a colleague paid the ultimate price.

The sport they love brings them incredible highs and, as on Saturday, awful lows. The combination of all that is – whatever one may think of it – what makes it so thrillingly, awfully, terribly, tragically, special.

They are truly not as other men.