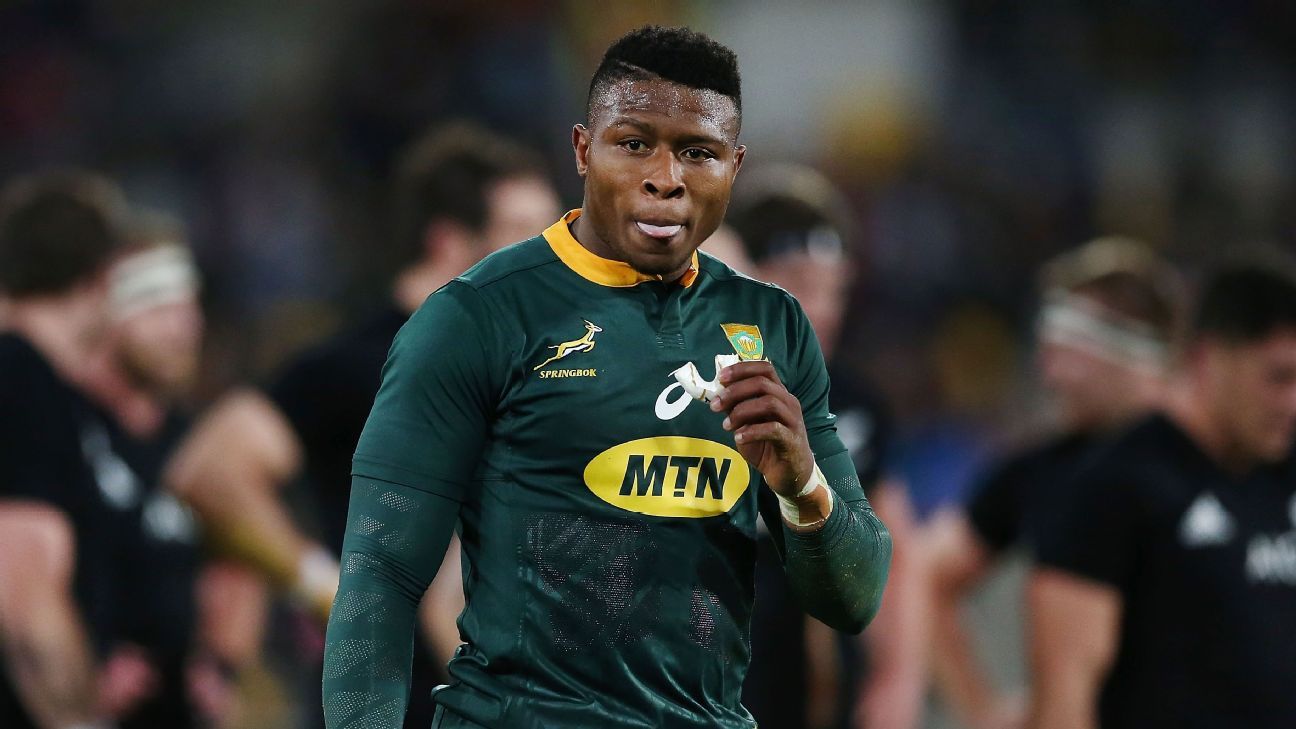 Dyantyi had tested positive for metandienone, methyltestosterone and LGD-4033 on July 2 and asked to have his ‘B’ sample analysed, the South African Institute for Drug-Free Sport (SAIDS) said on their website.

“Dyantyi has now been formally charged with a doping offence for multiple anabolic steroids and metabolites,” the anti-doping body said in the statement. “The charge has been communicated to SA Rugby Union, World Rugby and WADA.”

The 25-year-old, who was named World Breakthrough Player of the Year in 2018, denied any knowledge of taking a banned substance in a statement last Saturday after confirmation his ‘A’ sample tested positive.

Dyantyi was provisionally suspended pending the outcome of the ‘B’ sample test, which was undertaken at the World Anti-Doping Agency-accredited laboratory at the University of the Free State in Bloemfontein.

“The athlete has the option of admitting to the charge and accepting an appropriate sanction based on the World Anti-Doping Code’s framework,” the South African anti-doping agency added.

“He may submit a plea for consideration of a reduced sanction by providing mitigating circumstances. A reasoned decision may then be issued explaining the sanction.

“Dyantyi has the right to contest the charge before an independent tribunal panel.

“If he disputes the charge and pleads not guilty, a hearing will be set down within the next four weeks and he will be required to provide evidence that can prove his innocence.”

Springboks coach Rassie Erasmus ruled Dyantyi out of contention for the World Cup due to a hamstring injury before the initial failed test was made public last week.