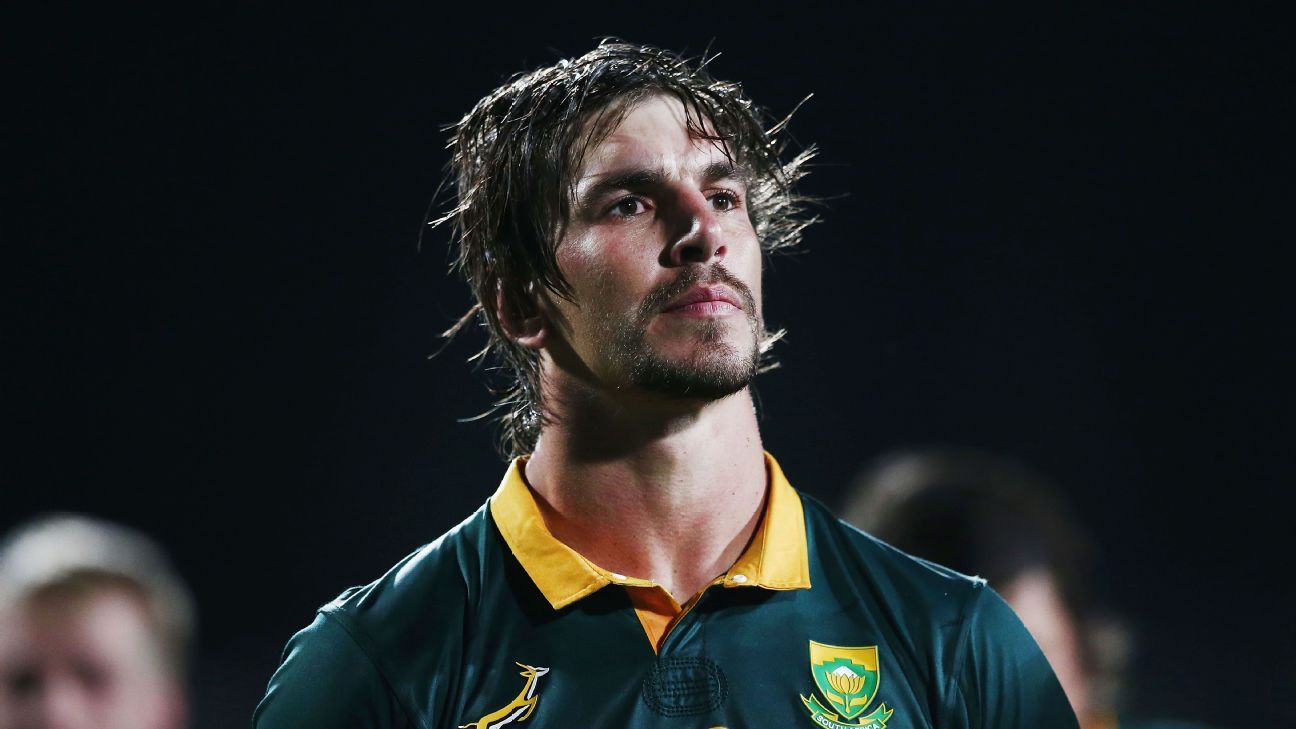 South Africa lock Eben Etzebeth has denied any wrongdoing after an alleged racial assault at a bar last weekend as he met with the South African Human Rights Commission (SAHRC) following a complaint by a member of the public.

Local media reports say a man was allegedly racially and physically abused in the coastal town of Langebaan in the early hours of Sunday morning by a group that contained Etzebeth.

The SAHRC has confirmed they are in receipt of the complaint and met with Etzebeth on Thursday to inform him of the process going forward.

“The purpose of the meeting was to advise the player of the role the HRC takes in relation to a complaint received, as well as the subsequent media reports relating to it, and to establish a commitment of cooperation between the two parties,” a statement from South African Rugby said.

“Both parties expressed their satisfaction with the envisaged process going forward and concluded by describing the meeting as constructive.

“The player denied any wrongdoing to the HRC and has pledged his full cooperation in the matter.”

Etzebeth has been named in the Springboks’ 31-man squad for the Rugby World Cup in Japan and is a key leadership figure within the group, having captained the side against Australia in the Rugby Championship in July.

Springbok coach Rassie Erasmus said earlier in the week that he accepted Etzebeth’s explanation of what happened, while the player himself released a statement in which he denied wrongdoing.

“It is completely untrue and unfounded to claim that I physically or racially abused anyone in Langebaan as has been reported on social media. Multiple witnesses can corroborate that,” he said on Sunday.

“I am and will always strive to be a true ambassador to this beautiful rainbow nation and the sport that I love.”

If found guilty by the SAHRC, Etzebeth will have to issue a public apology and could be forced to pay a fine, but much more than that it would have a potentially significant impact on his reputation and standing within the Bok team.

South Africa leave for the World Cup on Friday and face Japan in a final warm-up game a week later, before their tournament opener against New Zealand on Sept. 21.

They will also play Italy, Namibia and Canada in their pool.