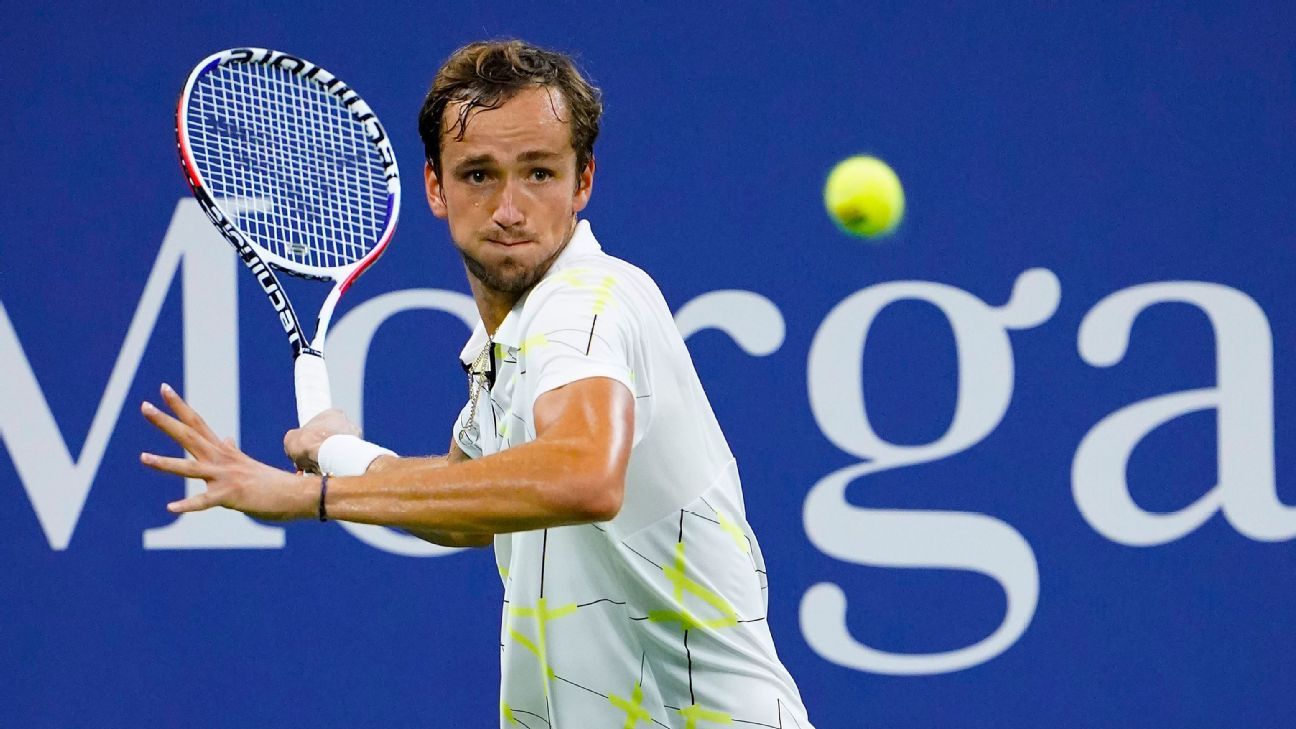 Russian Daniil Medvedev was fined a total of $9,000 Saturday for two offenses in his third-round match against Feliciano Lopez of Spain on Friday night at Flushing Meadows.

The No. 5 seed was fined $5,000 for unsportsmanlike conduct when he snatched a towel out of the hands of a ball-boy, and $4,000 for a visible obscenity, when he held his middle finger up by the side of his head in defiance of the crowd.

The middle finger incident was not seen by the umpire, Damian Dumosois, but was shown on the TV screen inside Louis Armstrong stadium, with Medvedev escaping a code violation at the time because Dumosois had not seen the incident first-hand.

Medvedev was booed by the crowd for much of the match and after his four-set win over Lopez, incurred the fans’ wrath even more when he stood, arms open wide, calling on them to keep going.

In his post-match speech on the court, Medvedev said the booing had helped him through to the fourth round.

“I want all of you to know when you sleep tonight, I won because of you,” Medvedev said.

“All the energy you’re giving me right now, I want you to know, it will give me energy for my next five matches. The more you do this, the more I will win for you guys.”

Later, speaking to a small group of reporters outside the locker room, Medvedev said it had been hard to cope with the jeering.

“It was tough. I was in the heat of the moment, started losing the momentum, so it was tough. I paid for it the whole match after because as you saw, it wasn’t easy,” he said..

“The crowd was electric and even the bad energy, I needed to turn it into good energy, and that’s why I won. After the match, I talked to Feli at the net and his coach after in the locker room just to say that guys, I mean, it’s not against you or anything, and they said they totally understand me.”

Medvedev has been fined after each of his matches so far: $7,500 for verbal abuse in the first round, $2,500 for equipment abuse in the second. He can afford the penalties, though: By reaching the fourth round, he’s guaranteed to take home at least $280,000.

Medvedev, who won his first Masters 1000 title in Cincinnati earlier this month and reached three straight finals coming into the US Open, plays German qualifier Dominik Koepfer in the fourth round on Sunday.

Asked if he was worried the crowd would be against him again, Medvedev said: “I’m working on myself, and hopefully I will be better next time.”