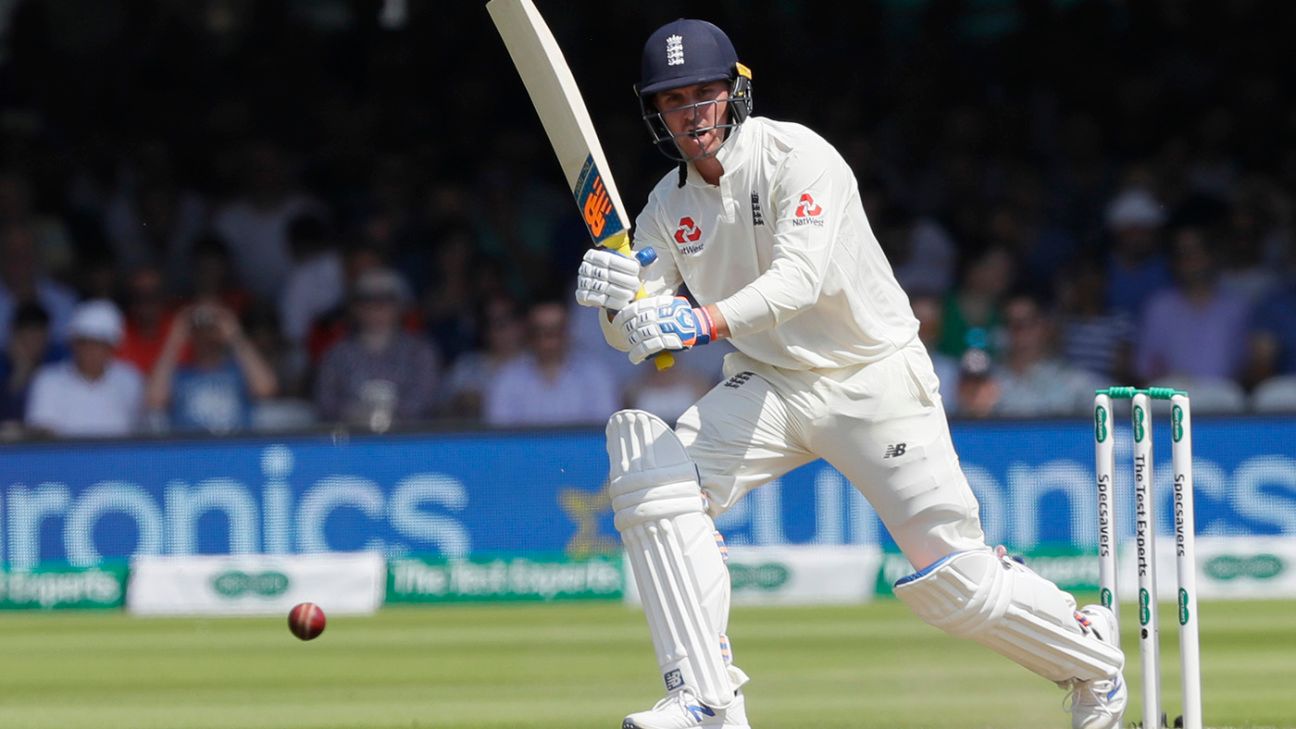 A few years ago, at a gig (The Wildhearts, if memory serves; it may well not), the following exchange took place.

“As I came in this evening, I saw a homeless guy just outside,” the lead singer said. “Now, if everyone here gives him a quid as they leave…”

Cheers and applause rang out. But then the bass player (again from memory, but memories play tricks) chimed in. “That’s simplistic and irresponsible,” was the basis of his response. “If everyone gives him a quid, he’ll probably have overdosed by midnight.”

The point of all this? That sometimes it pays to challenge the pervading view. And that just because something sounds like a good idea on a superficial level, it may do little to resolve underlying issues. It may even make them worse.

All this came to mind when listening to Joe Root explain England’s decision to open the batting with Jason Roy in the first Ashes Test at Edgbaston. It was, Root said, “exciting” and “different” that England had “gone this way”. And it will, he said, give England “an opportunity to put pressure on the opposition at the top of the order”.

Roy is, no doubt, a fine player. And a dangerous player. His impact in the World Cup was huge. Put simply, England looked a different side when he returned after injury. Irrespective of statistics, nobody contributed more to that success.

But even his own county coach believes that Roy has a better chance of demonstrating his undoubted skills at Test level if he bats in the middle-order.

Against the red, Dukes ball – a ball that moves far more laterally than its white, Kookaburra counterpart – and against a highly-skilled attack on surfaces which are expected to provide assistance to bowlers, Roy faces the steepest of learning curves.

He doesn’t open for Surrey in first-class cricket, remember. Asking him to fulfil a role in Test cricket which he does not fulfil at either county level or for The Lions appears oddly optimistic. And like a failure in the planning process. England are asking a huge amount of Roy here.

The idea that trying an aggressive opening batsman is “different” is palpably nonsense. To a greater or lesser degree, all of Alex Hales, Ben Duckett, Moeen Ali and Adam Lyth might be defined as aggressive batsmen. Equally, the likes of Nick Compton and Keaton Jennings were encouraged to be more ‘positive’ – an almost meaningless word in cricket; who goes out there trying to be negative? – during their spells in the side. It didn’t work out for any of them.

Attacking the bowling is the get-rich-quick scheme of Test cricket. And while getting rich quickly is, without doubt, the best way to get rich, there is a reason that people view such schemes with deep suspicion. They tend to be simplistic. They tend to be a con.

None of this language is new to England. Over the last few years, the rhetoric around the side has been about positivity, aggressive batting and responding to most situations by counter-punching.

Instead, pressure can be put on bowlers by forcing them into fourth and fifth spells in a day. Instead aggression can be expressed by forcing the opposition into the field for a fourth or fifth session in succession. By grinding them into the dust as India did so well to England on home soil at the end of 2016. England spent 190 overs in the field in India’s first innings in Chennai and 183 in their first in Mumbai. On both occasions, India scored at under four-runs-per-over and on both occasions they won by an innings.

But to do that, batsmen need to have sound defensive games. And they have to be patient. And they have to be playing in a set-up that respects and encourages such an approach. You could be forgiven for wondering how many England batsmen such criteria would fit. In the longer term, it is encouraging that Ashley Giles, the director of men’s cricket at the ECB, recognised this and promised to act to improve the development system.

England’s home record is more than respectable. They’ve not been beaten in a Test series in England since 2014 – before Trevor Bayliss took over as coach – with a feature of their success being the manner in which their all-rounders have allowed them to compensate for their top-order fragility. They are, without doubt, a talented side who could win this series.

Sooner or later, that top-order fragility is going to cost them. And with the batting returns of Jonny Bairstow and Moeen having declined (the former is averaging 24.42 in Test cricket since the start of the 2018 English season; the latter 17.00 since September 2017), there can be less confidence about the ability of that middle-order to lead the recovery.

It therefore becomes ever more important that the top-order sell their wickets dearly. That they dare to be dull and prepare to be patient. That they allow bowlers sessions where few runs are scored and outside edges are passed. That they embrace some of the old-fashioned virtues of Test cricket.

Not since 2014 has a Test been drawn in England when the weather has not intervened. And on that occasion – the Trent Bridge Test of 2014 – the pitch was so poor it was censured by the ICC. There is plenty of time in Test cricket. Time for batsmen to play themselves in, to leave balls outside off stump, to hit the ball on the ground.

This England team is wonderfully, endlessly entertaining. But if they want to go the extra mile – from entertaining and dangerous to undisputed world Test champions – they may well have to embrace a little more caution and a little less aggression. The outcome of the Ashes may depend upon it.