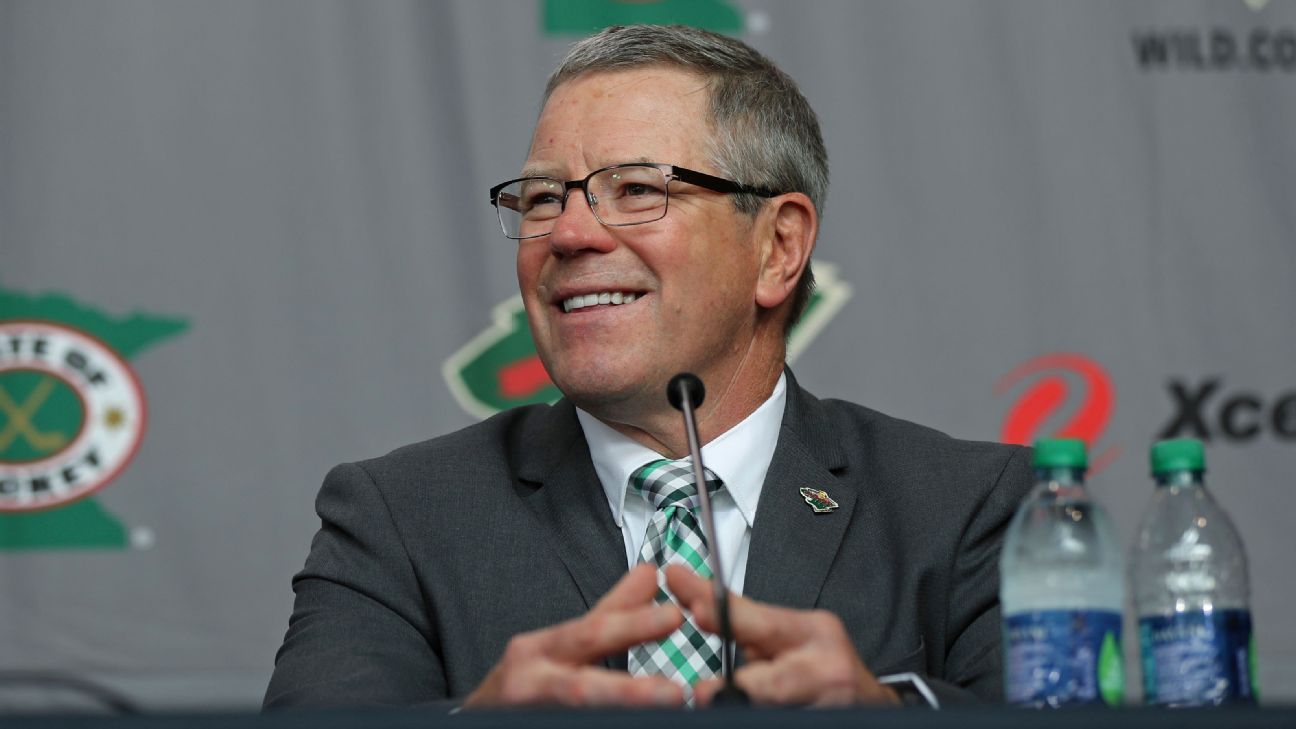 Less than 15 months after hiring Paul Fenton as general manager, Minnesota Wild owner Craig Leipold changed his mind. Claiming it was not “the right fit,” Leipold fired Fenton, with assistant GM Tom Kurvers taking over on an interim basis until a permanent replacement can be found.

About that permanent hire, we’ve got some thoughts on the identity of that person, as well as the task ahead when the hire is made:

Greg Wyshynski, senior NHL writer: Before we get to the next general manager, I’d like to pour a little out for Paul Fenton. The trick to promoting either assistant coaches or assistant general managers to the big job is betting on which ones are the worker bees and which ones can run the hive. Fenton was a much-respected front-office guy with the Nashville Predators and coveted for many openings. But it turns out that, generally, he wasn’t a good manager.

As owner Craig Leipold put it: “I knew him in a different way. He was assistant general manager. He was scouting. That was his role. He was tremendous at that. But it was the other portion of being a general manager: the organizational, the strategic, the management of people, the hiring and motivating of the departments. When I’m talking about not being a fit, that’s what I’m talking about.”

So the question is now, Emily: Who, or what, fits the Wild?

Emily Kaplan, national NHL reporter: You don’t need to parse Leipold’s words to understand he’s looking for a strong communicator and collaborative leader. Over the next few weeks, as dirty laundry is inevitably aired, Paul Fenton’s name will become somewhat of a punchline (we’ll reserve judgment, except for the bizarre lizard quote, which should live in infamy).

“I told him when I was talking to him that he’s like a lizard, the way a lizard takes his tongue and sticks it as far as it does and retrieves what it was trying to do.” – GM Paul Fenton on @Zuccarello36

But like Greg, I think we need to give Fenton credit where it’s due. He acted with conviction. Even as many outsiders questioned it, he stayed his course. That’s an important attribute for the next candidate. I imagine the Wild will try to overcompensate for Fenton’s weaknesses by hiring someone with experience. This is the NHL, after all. “When in doubt, simply retread!” is pretty much a league mantra. You’ll hear names like Ron Hextall (fired by the Flyers last year) and Peter Chiarelli (fired by Boston, then again by Edmonton last year) mentioned.

Greg, do you think experience is necessary to clean up the mess Fenton left?

Wyshynski: No, I don’t. I think there are plenty of executives with the talent and the vision to start to turn this team in the right direction. (I will forever continue to hype Bill Zito, Columbus Blue Jackets assistant GM, until he gets his shot.) But I think the problem is that the catalysts for Fenton’s departure — a lack of communication and respect with veteran leaders, a general inexperience in managing people — probably mean Leipold is going with experience here.

If that’s the case, then Ron Hextall is my guy. Drafting Ivan Provorov, Travis Sanheim, Travis Konecny, Carter Hart, Morgan Frost and Joel Farabee. Handing out cap-essential deals to young stars like Shayne Gostisbehere and Sean Couturier. And hey, his two biggest issues with the Flyers — hiring the wrong coach in Dave Hakstol and failing to find a solution in goal until Hart was ready — are arguably the Wild’s greatest strengths.

Do you have someone in mind for the gig?

Kaplan: Like you, I’m not in the camp that a candidate must have experience to thrive in this job. Plenty of rising stars in front offices could mop up this mess — if given the opportunity. I’ve heard terrific things about Chris Drury‘s work with the New York Rangers, first as director of player development, now as assistant GM and GM of the Hartford Wolfpack. I’ve been told the former NHL center is the next great ex-player to become a general manager, though I’d bet this specific opening is a long shot.

I wonder if the Wild will revisit New Jersey’s Tom Fitzgerald, who was runner-up when Fenton got the gig. If I were Leipold, I’d also circle back with Bill Guerin. Former NHL goaltender Sean Burke (most recently Canada’s GM for the 2018 Olympics) could get an interview, and I see Mark Hunter (the best candidate not currently in the NHL) as a wild card. Minnesota native Tom Kurvers, who is serving as interim GM, is widely respected in the league, especially for his longtime work with the Lightning. However, Kurvers was diagnosed with lung cancer in January, and I’m not sure where he stands health-wise.

Greg, anyone you don’t think should get the job?

Wyshynski: If Peter Chiarelli earns another chance after mangling the Edmonton Oilers‘ roster to the point where Connor McDavid‘s saintly patience is being tested, then we might as well rename it the Old Boys League and be done with it. Even Dean Lombardi, builder of a two-time Stanley Cup champion in Los Angeles, whose roster looks glacial by 2019 standards, would be a more palatable choice.

But my quandary here is less about which GM they hire than what that GM is going to be allowed to do. Take Ron Hextall. He likes to develop prospects at a moderate pace and horde draft picks to select them, while also icing a competitive team. Does that square with what Leipold wants, considering the age of the core that’s apparently calling the shots here? It should be, if he likes winning. But after owning two different franchises since 1997 and never having watched his team in even the conference final, maybe he should leave the driving to someone else.