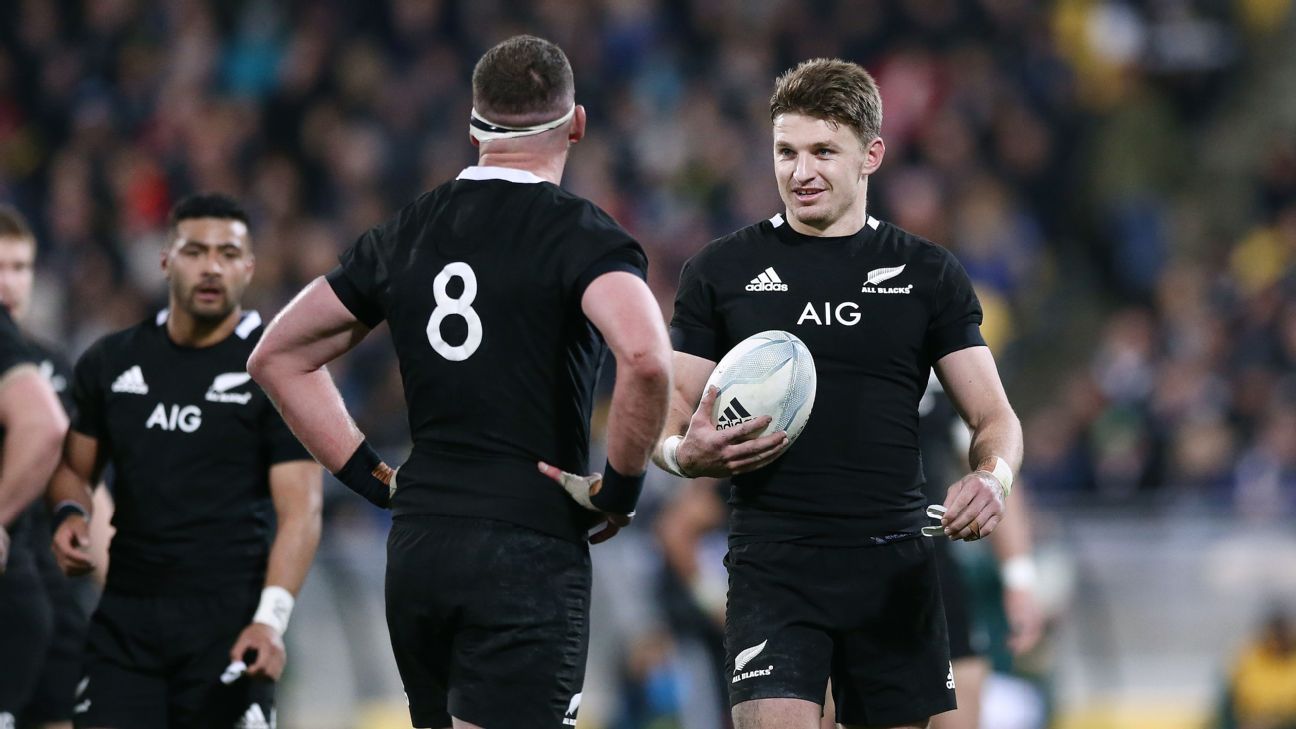 The All Blacks are standing behind Beauden Barrett’s ploy to roll the ball closer to the goalposts before a penalty kick, which sparked pockets of outrage in South Africa.

Five-eighth Barrett was picked up by television cameras promoting the ball about two metres closer to its target ahead of a successful three-pointer during the second half of last Saturday’s drawn Rugby Championship Test in Wellington.

Springboks supporters roasted two-time world player of the year Barrett on social media for the deed after Australian referee Nic Berry had turned his back, with many declaring it an example of the All Blacks bending the rules or, simply, cheating.

Coach Steve Hansen didn’t deny Barrett’s intentions but said it was a minor case of gamesmanship which was ubiquitous in the sport.

“Look, you guys (media) have watched a lot of footy from club level right to the very highest level; I would say most goal-kickers have done that at some point in their time,” Hansen said.

“Is it right? Probably not, but they all do it.

“Is it any different than when you get a penalty and kick for touch and end up taking two strides past the mark to kick it out? It’s just what happens in footy.”

Hansen said there were more pressing issues in rugby to address, both on and off the field.

Ironically, Barrett later handed the kicking duties over to fly-half Richie Mo’unga who promptly slotted back-to-back penalties to give the All Blacks a seven-point lead the Springboks would ultimately level with the final play of the Test.

The All Blacks are preparing for back-to-back Bledisloe Cup Tests in Perth and Auckland on August 10 and 17.