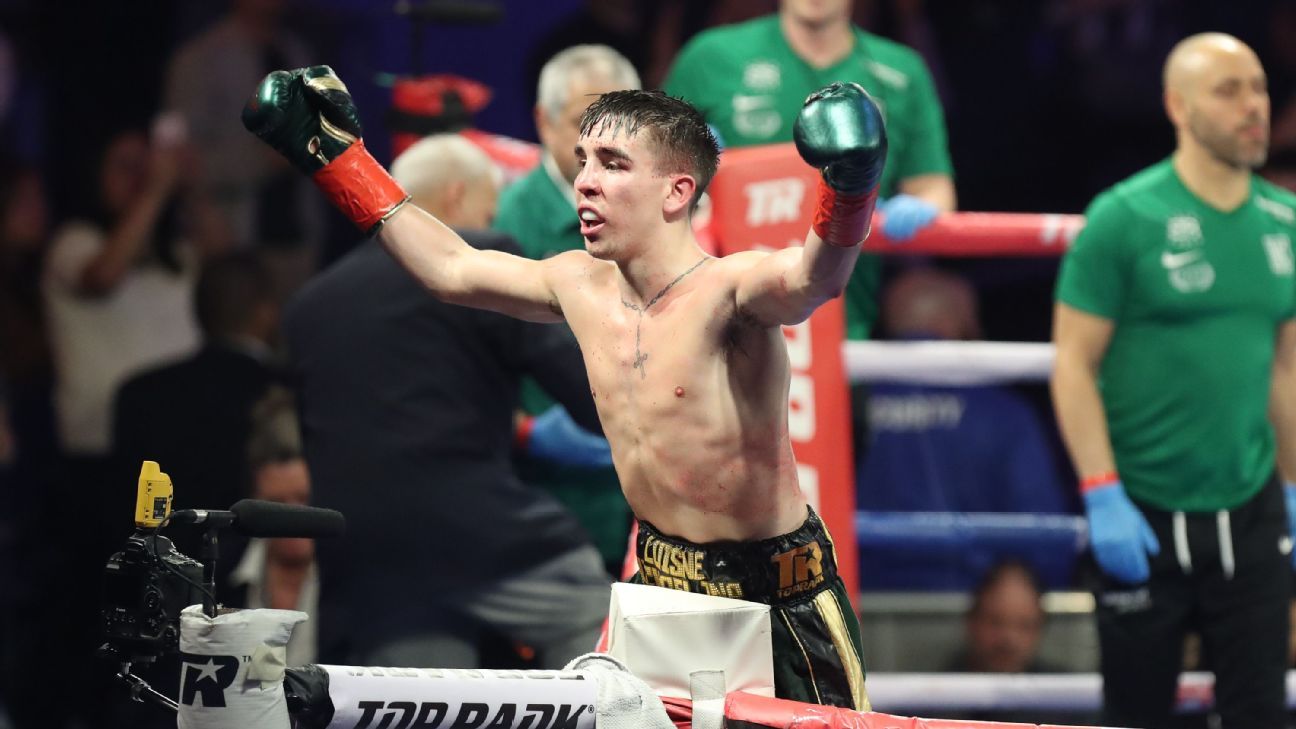 As a youngster featherweight Michael Conlan, the popular two-time Irish Olympian and unbeaten professional, would go to the annual Féile an Phobail summer festival with friends in his hometown of Belfast, Northern Ireland.

Now Conlan is thrilled to have a fight that is a centerpiece of this year’s annual event when he takes on Diego Alberto Ruiz in a 10-round bout on Saturday (ESPN+, 5 p.m. ET main card with preliminary bouts beginning at 3 p.m. ET) at the outdoor Falls Park, where a crowd of about 10,000 is expected.

“Fighting at Falls Park is really a dream come true. Féile an Phobail is now in its 31st year. I remember going to the festival for many years when I was a kid,” Conlan said at a workout for the media on Wednesday. “The atmosphere has always been very celebratory for the Irish people, and fighting there on (Saturday) will be very special. I have so many friends and family who live very close to Falls Park. When I was younger, we lived very close, and it was like a second home for my friends and I.

“I’m really excited. (Ruiz) is very, very good. He’s a tough guy, and if I want to be world champion, I need to beat this guy. I think you’ll see the best Michael Conlan yet to come Saturday.”

Conlan (11-0, 6 KOs), 27, was originally scheduled to fight amateur nemesis Vladimir Nikitin (3-0, 0 KOs), 29, of Russia, in a professional rematch of Nikitin’s immensely controversial victory over Conlan in the 2016 Olympic quarterfinals. However, in late June Nikitin suffered a torn biceps and was forced to drop out of the fight. He was replaced by Ruiz (21-2, 10 KOs), 25, of Argentina, who has won 10 fights in a row and looms as a likely more difficult opponent for Conlan despite the lack of the revenge storyline Nikitin brought the promotion.

“Having Diego Alberto Ruiz step in for Vladimir Nikitin didn’t really change how I approach the fight,” Conlan said. “I suspect Ruiz will come forward but maybe not as aggressively as Nikitin was going to.

“For me, I wanted the toughest fighter we could get after Nikitin fell out, and that’s what I told Top Rank and (management company) MTK Global. Every fight to me is important, but I wanted to make sure the fight in West Belfast was going to entertain the huge crowd.”

While Conlan is likely to fight again later in the year, he is aiming for a bigger fight in the United States. He said he likely will fight again on St, Patrick’s Day weekend at Madison Square Garden in New York, where he has boxed five times between the Hulu Theater and main arena, and drawn big Irish-heavy crowds, including a sellout at the Theater for his 2017 professional debut on St. Patrick’s Day.

“It’s my favorite arena, and I love the atmosphere inside the arena and in New York City during fight week,” Conlan said.

After that, Conlan said he has his eye on fighting for a world title.

“I could see a title fight against (world titleholder and England’s) Josh Warrington coming to fruition within 12 months,” Conlan said. “It would be big anywhere in the U.K. or Ireland, but I’d love to have my first world championship fight at Madison Square Garden.”