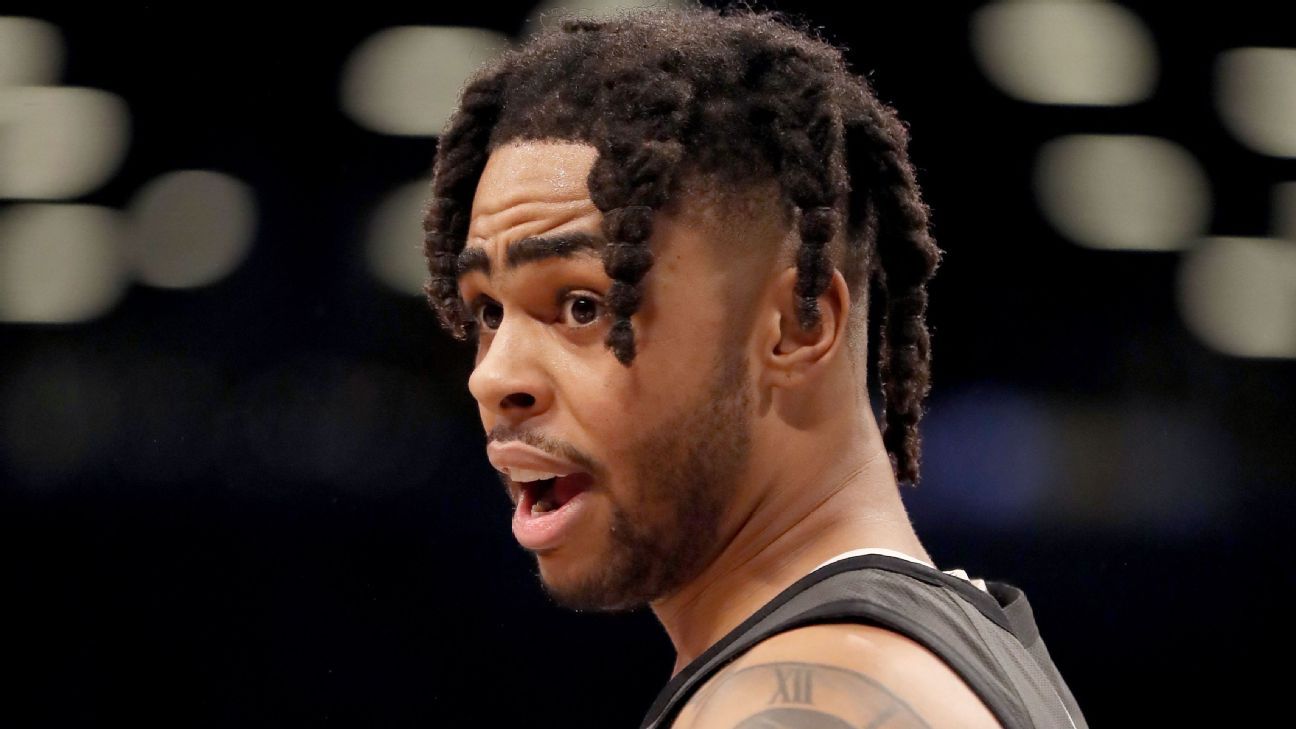 Speaking for the first time since acquiring Russell in a sign-and-trade that sent Kevin Durant to the Brooklyn Nets, Myers said the organization still hasn’t decided whether Russell fits into the team’s long-term plans or not, despite speculation throughout the league that Russell could potentially land somewhere else in the next year.

“I know it’s been written and speculated, that’s fine,” Myers said on Monday. “That’s what everybody’s job is to do. We didn’t sign him with the intention of just trading him. We haven’t even seen him play in our uniform yet. And a lot of people have us already trading him. That’s not how we’re viewing it. Let’s just see what we have. Let’s see what he is. Let’s see how he fits. Part of our job in the front office and the coaching staff and the organization is how does it all work … so much of our sport at least and maybe other sports is ‘What are you doing next?’ We got to figure out what we’re doing now.

“We’re just happy that we’ve got a young player that has a lot of upside in our opinion and we’re excited at the possibility of him in our uniform.”

After finding out on the opening night of free agency that Durant was headed to the Nets, the Warriors surprised some around the league by agreeing to a max extension with Russell worth $117 million over four years. The Warriors did not want to watch Durant walk away and have nothing in return, but it remains to be seen how the 23-year-old fits into the Warriors’ system. Myers is hopeful that Russell can provide an offensive lift alongside superstar Stephen Curry as the group waits for Klay Thompson to return from a torn ACL at some point next season.

As they wait, Myers remains confident that his group can continue to win games as Curry and Draymond Green lead the way alongside a much younger group of new teammates. Aside from Durant’s decision, the Warriors also said goodbye to veteran stalwarts Andre Iguodala and Shaun Livingston as they reshaped their roster after five straight trips to the NBA Finals.

“The West keeps getting better and better,” Myers said. “Can we compete? Yeah, I think that’s shown at least at its core whenever Klay comes back with Draymond and Steph, that’s a group that’s shown and proved that they can win. As far as the other pieces, we have to see.”

Myers said the decision to acquire Russell came quickly after he spoke to Durant and found out he was headed to Brooklyn on the opening night of free agency, an evening on which transactions happened faster than they did on any other night Meyers said he could remember.

The Warriors GM said he spoke with Durant for an “hour or two” about much broader topics than just basketball on the cusp of free agency. Myers said the organization did everything they could to keep him and that Durant felt like it was just time for a change in his life.

“He just felt like it was something inside of him, in his heart, that he wanted to try something different,” Myers said. “Nothing wrong with that. I have a peace about it personally. I hope our fans can, too. Just in the annals of Bay Area sports he’s one of the best athletes we’ve ever seen come through our city, and certainly this organization. And you saw Joe [Lacob] reflect that in his statements, how he felt as an owner of this team. And so I just appreciate — growing up here, the fact that Kevin Durant wore a Warriors uniform for three years, to me that’s pretty cool. Whether I’m here in the position I’m in or just a Warriors fan. I think for him it was just a new chapter, trying something different.”

Myers also acknowledged that the process of saying goodbye to both Durant and Iguodala — who was traded to the Memphis Grizzlies to clear out the cap space to help sign Russell — was tough.

“It’s very difficult,” Myers said. “Those are people I like. Those are people I still like. Those memories, those relationships, don’t change. Just ’cause they’re going to go work for a different company or different team, what we shared, whether it’s myself or their teammates, or anybody in the organization, that doesn’t go away. So that hurts, I mean those things hurt. If they don’t hurt then I guess you never had a relationship with those guys in the first place. That’s the hard part of the business but I’m sure I’m going to see those guys again. Looking forward to it in whatever capacity they’re in, whatever teams they’re on. And I wish them well. Those guys were tremendous — both of them. For me personally, for our fans, for our community, how they represented themselves. So yeah, that’s a tough thing to pivot off of.”

As the Warriors start looking ahead toward next season, they do so with several other key questions surrounding their roster besides all the inexperience at the back end of it. Myers said that he will visit Thompson in Los Angeles at some point in the next couple of weeks as he continues his recovery, but said there is no update as far as a potential timeline to return for next season. Myers also said that there has been no “internal dialogue” at this point regarding any load management possibilities for Curry or Green. Myers said that there is some optimism surrounding the organization about the challenges ahead, despite the uncertainty after all the years of sustained success.