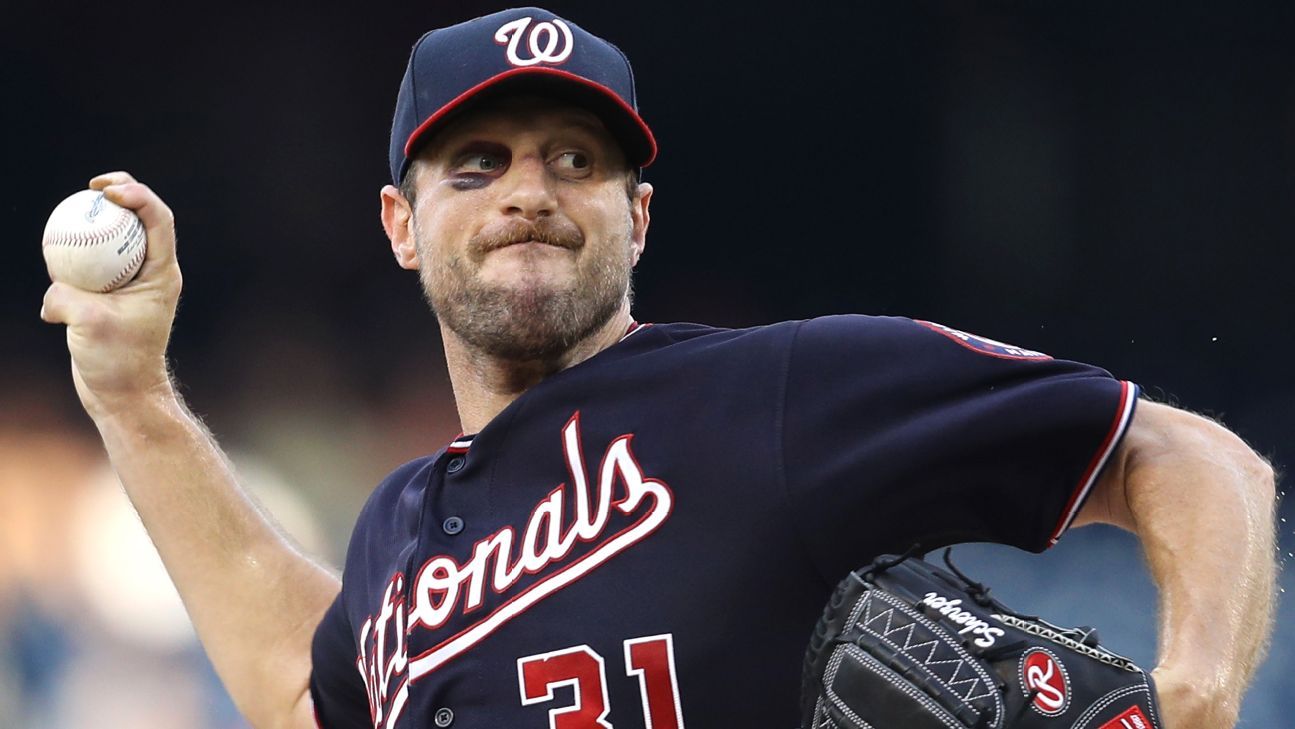 The Washington Nationals have placed ace Max Scherzer on the injured list with a mid-back strain, the team announced Saturday.

The move is retroactive to July 10, meaning Scherzer, who had experienced soreness in his middle back after his last start July 6, is eligible to return July 20.

An MRI on Scherzer’s back came back negative, and the three-time Cy Young Award winner had his start pushed back from Sunday to Tuesday. But he was placed on the injury list after throwing a bullpen session before Saturday’s game.

Scherzer was 7-0 with a 0.84 ERA in his past nine starts before the All-Star break, and he withdrew from the All-Star Game due to the ailing back.

To fill his spot on the roster, the Nationals recalled catcher Spencer Kieboom from Triple-A Harrisburg.