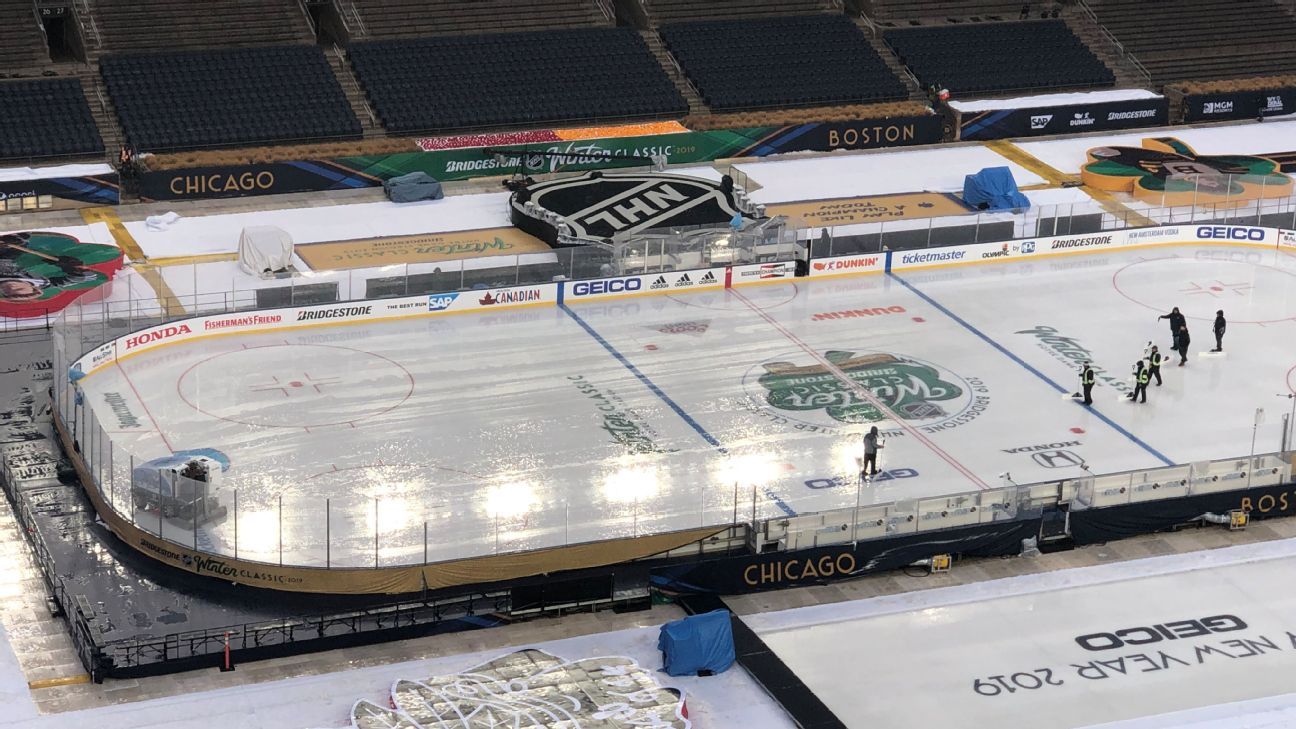 SOUTH BEND, IN — The Chicago Blackhawks and Boston Bruins will have to wait until New Year’s Day to take it outside at the University of Notre Dame.

Steady rain in South Bend forced the teams to move their practices indoors and off the puddle-covered rink at Notre Dame Stadium where the 2019 NHL Winter Classic is scheduled for Tuesday. They practiced at the Notre Dame Compton Family Ice Arena, which was scheduled to host an NCAA men’s hockey game between the Notre Dame Fighting Irish and Boston College early Monday evening.

According to the NHL, this is the first time the practices held on the eve of the event were rained out. While the teams were able to move indoors, the traditional “family skate” with the players’ loved ones on the outdoor rink was canceled.

The rink inside Notre Dame Stadium was left uncovered on Monday morning, with a Zamboni and a dozen ice crew members with squeegees circling it to protect the ice.

“If there is a lot of rain, the ice gets too soft and you’re talking about potentially having hazardous conditions for the players, and we don’t want to put them in that and I don’t think anybody is comfortable practicing in a rain storm,” Kris King, the NHL’s senior vice president of hockey operations, told NHL.com.

The current forecast for the Winter Classic is an overcast sky and a high of 35 degrees, but no rain for Jan. 1.