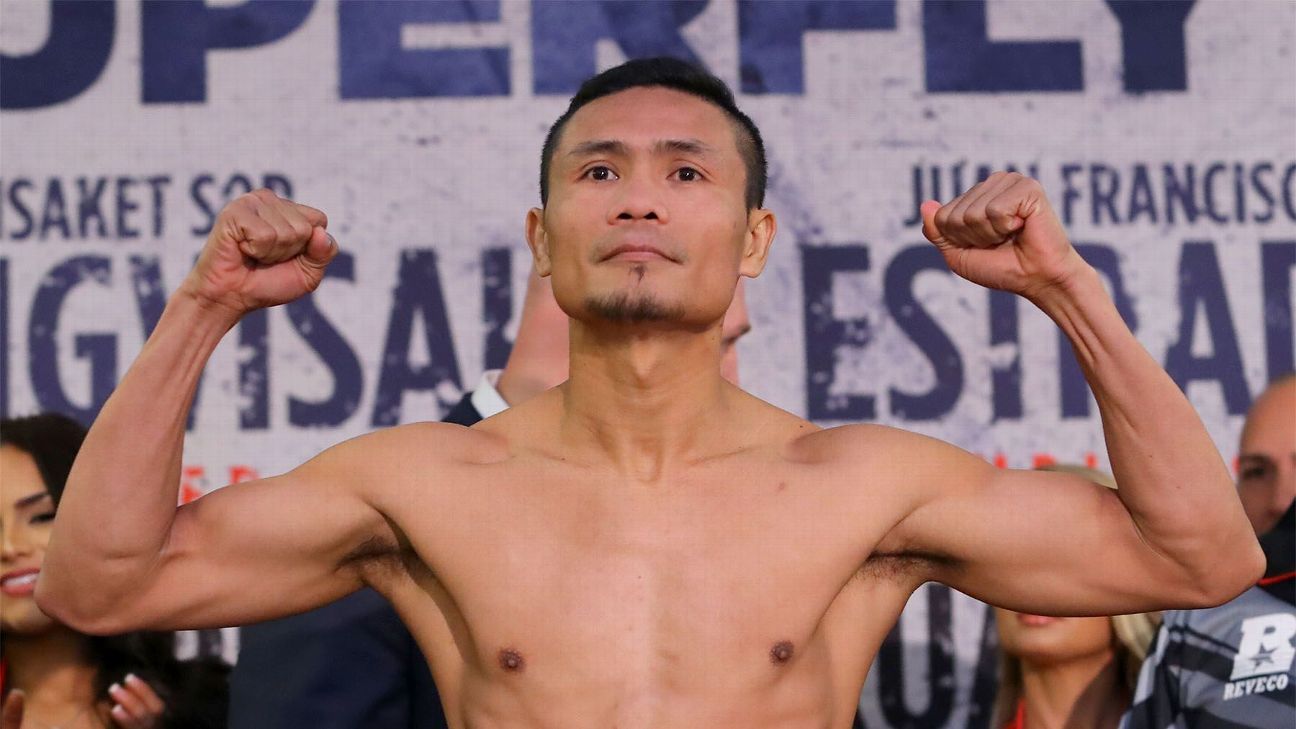 Donnie Nietes, one of the Philippines’ all-time great boxers, succeeded in his quest to win a world title in a fourth division on Monday.

Nietes claimed a hard-fought split decision victory against Kazuto Ioka to win a vacant junior bantamweight belt in the action-packed main event of a world title tripleheader at the Wynn Palace Cotai resort in Macau, China.

Nietes (42-1-5, 23 KOs), 36, of the Philippines, has won world titles at strawweight, junior flyweight, flyweight and now junior bantamweight to join countrymen Manny Pacquiao, with titles in a record eight weight divisions, and Nonito Donaire, with belts in a four divisions, among his country’s all-time best.

Nietes had failed in to win the same vacant 115-pound world title on Sept. 8 when he fought to a controversial draw with countryman Aston Palicte on the “Superfly 3” card at The Forum in Inglewood, California. Palicte sought an immediate rematch but the WBO, which sanctioned the title bout, denied his request and ordered Nietes, who most believed had beaten Palicte, to face Ioka for the vacant title instead.

Ioka (23-2, 13 KOs), 29, of Japan, who had also won strawweight, junior flyweight and flyweight world titles, came out of a 17-month retirement and made his debut in the junior bantamweight division with a 10-round decision win over McWilliams Arroyo on the Nietes-Palicte undercard.

When Nietes and Ioka squared off on New Year’s Eve they put on quite show as they spent virtually the entire fight exchanging punches at close quarters.

They both landed big uppercuts and jabs throughout the back-and-forth fight. They also both attacked each other to the body often.

Nietes, who landed numerous counter punches, appeared to slow down a bit in the later rounds but he had already racked up enough rounds to get the nod on two scorecards.

Nietes will be obligated to eventually make a mandatory defense against the winner of the title elimination fight between Palicte (24-2-1, 20 KOs), 27, and Jose Martinez (20-0-2, 13 KOs), 26, of Puerto Rico. They are scheduled to fight on Jan. 31 at the Viejas Casino & Resort in Alpine, California, on the outskirts of San Diego.

Flyweight world titlist Moruti Mthalane retained his belt for the first time in his second title reign as he scored a 10th-round stoppage of the game Masahiro Sakamoto to end a dominant performance in the co-feature.

Sakamoto took a beating but showed a lot of heart before the fight was stopped in his corner after the 10th round. Sakamoto landed many powerful combinations during the first half of the fast-paced fight but not nearly enough to slow down Mthalane, who methodically broke him down and swelled his right eye nearly closed with a steady diet of jabs. The ringside doctor examined Sakamoto following the ninth round but the fight was allowed to continue. He took more punishment in the 10th round, after which referee Ignatius Missailidis waved off the fight on advice of the ringside doctor. Mthalane (37-2, 25 KOs), 36, of South Africa, was way ahead on all three scorecards at the time of the stoppage — 100-90, 99-91 and 98-92.

Sakamoto (13-2, 9 KOs), 27, of Japan, had won five fights in a row by knockout since losing a majority decision in November 2016 to the only other top opponent he had faced, former flyweight world titlist Sho Kimura.

Mthalane, who won the vacant belt by unanimous decision over Muhammad Waseem on July 15 on the Manny Pacquiao-Lucas Matthysse undercard in Malaysia, won his 14th fight in a row since suffering a sixth-round stoppage loss to Nonito Donaire in a flyweight world title bout in November 2008.

In a third world title bout on the card, former strawweight world titlist Hiroto Kyoguchi (12-0, 9 KOs), 25, of Japan, won a belt in a second weight class as he stopped Hekkie Budler (32-4, 10 KOs), 30, of South Africa, at the end of the 10th round to take his junior flyweight world title.

Kyoguchi, in his second bout in the 108-pound weight class since vacating his strawweight title, did damage to Budler with left uppercuts and body shots until Budler retired on his stool after the 10th round because of an accumulation of punishment.

Kyoguchi had the fight well in hand at the time of the stoppage as he was ahead 98-92, 97-93 and 96-94 on the scorecards. Budler, a former strawweight world titlist, dropped to 3-3 in his last six fights but was coming off an upset unanimous decision on May 20 over Japan’s Ryoichi Taguchi to win a pair of junior flyweight world title belts (one of which he quickly vacated) in Tokyo. The loss to Kyoguchi was the first time Budler has been stopped in his 11-year career.