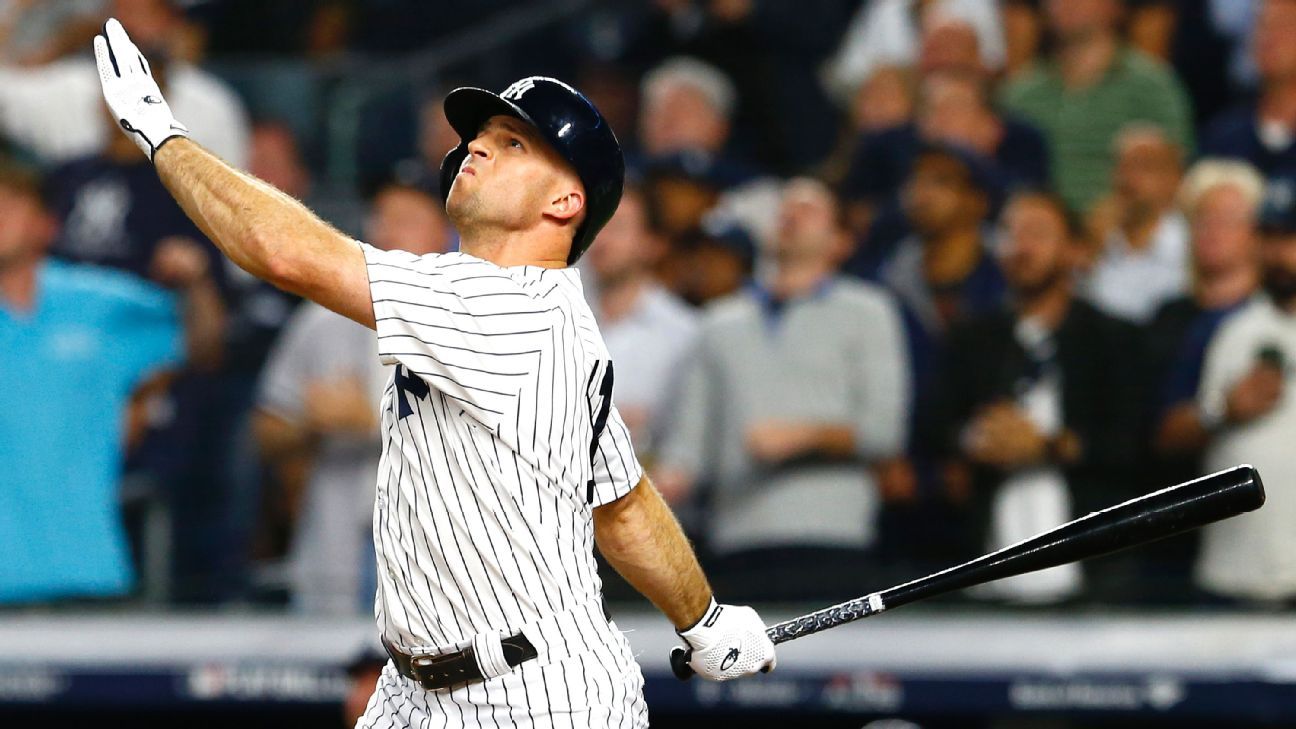 NEW YORK — Brett Gardner is staying with the New York Yankees at a lower salary.

The 35-year-old outfielder agreed Wednesday to a one-year contract after New York declined his $12.5 million option for 2019. Sources confirmed to ESPN that the new deal is worth $7.5 million.

Gardner, New York’s longest-tenured player, gets a $2 million buyout triggered by the team’s decision to decline the option, meaning he will receive $9.5 million total — a $3 million savings for the team under the option price.

Gardner was no longer an automatic starter in the outfield by the end of last season, when New York’s preferred trio became Aaron Judge in right, Aaron Hicks in center and Andrew McCutchen in left. Giancarlo Stanton was the primary designated hitter but also saw outfield time.