KANSAS CITY, Mo. — As he was reviewing video in preparation for a game against the Kansas City Chiefs earlier in the season, Denver Broncos coach Vance Joseph noticed improvements in Tyreek Hill‘s game. And Hill, the Chiefs’ top wide receiver, was plenty good last year.

“I’ve seen some reports where guys are calling him the best receiver in the league, and they’re not far-fetched,” Joseph said. “This guy is explosive. He can really stop and start, which makes him a great route runner. And he catches the ball in traffic, which is really rare for little receivers. Tyreek and Antonio Brown are the two little guys who can really finish in traffic down the field, and that’s a special [quality].”

If statistics are the criteria for determining the NFL’s best receiver, Hill wouldn’t qualify. He isn’t in the top five in catches (44), yards (705) or yards per catch (16.0), though he is tied for second in receiving touchdowns (seven).

Hill, however, plays on a team with other top skill players in Travis Kelce, Kareem Hunt and Sammy Watkins. In any case, stats alone aren’t the best way to judge Hill, who is sort of in his own mold as a smaller receiver who is much more than a slot receiver.

Perhaps, as Joseph suggests, he shares that mold with Brown. Hill is fast, maybe the fastest player in the NFL.

For Hill, it all starts there. A number of New England defenders, including safety Duron Harmon, expressed surprise after a recent game at Hill’s speed, even though the Patriots also played against Hill and the Chiefs last season.

“He’s by far the fastest person that I’ve ever come in contact with,” Harmon said after Hill caught seven passes for 142 yards and three touchdowns against the Patriots. “That’s what he is. He’s a great athlete and he’s fast.”

That speed makes covering him problematic.

“When you watch him on deep balls, he is really outrunning the corner and outrunning the safety. … The safeties have to do a good job of having great angles to him and having enough depth to overlap his speed.”

Playing his first season with a strong-armed quarterback like Patrick Mahomes has helped Hill, who is now accessible by football almost anywhere on the field. The two hooked up on a deep post during the preseason against the Falcons when the ball traveled 69 yards in the air. 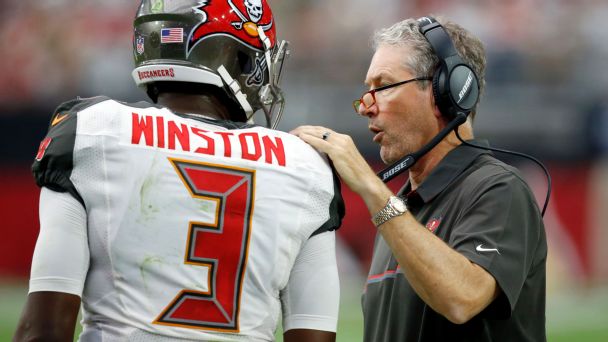 &• How fates of Koetter, Winston are tied
&• Ugly numbers behind Giants’ offensive woes
&• How Cooper’s presence can help Cowboys
&• Saints are ‘here for all the smoke’
&• Much works remains for Shanahan, Lynch

That’s helped expand Hill’s range. He is on a pace for more than 1,400 yards, which would not only be a Chiefs record but also the most for any receiver ever to play in an Andy Reid offense.

“Pat is a beast,” Hill said. “He helps us evolve all of our games. Not only me. It’s fun. He can obviously throw it deep. I love going deep.”

Asked what else is different about his game this season, Hill shrugged and said, “Just making more plays, I guess.”

Hill isn’t giving himself enough credit. Reid said Hill has put in plenty of work to become a well-rounded receiver, as opposed to one who’s merely fast.

“Instead of just the vertical game or the quick-screen game, he’s worked on all the intermediate routes that take a little bit of a feel,” Reid said. “How do you get that? You get that from working with your quarterback hour after hour after hour. They come out and they can time that thing up against a particular look. He’s gotten a lot better in those areas. He understands what it takes to play that position. Remember, he was a running back at one point in his career in college, so this was a new world for him.”

That’s why Hill, whether he’s the best receiver in the NFL or not, is plenty good enough for the Chiefs.

“To me he’s definitely the most explosive person in the league,” Mahomes said. “The way he’s developed as a receiver over these last few years, I know he’s going for that top spot. I know there’s a lot of great receivers in this league, but I’m glad I have Tyreek on my team for sure.”