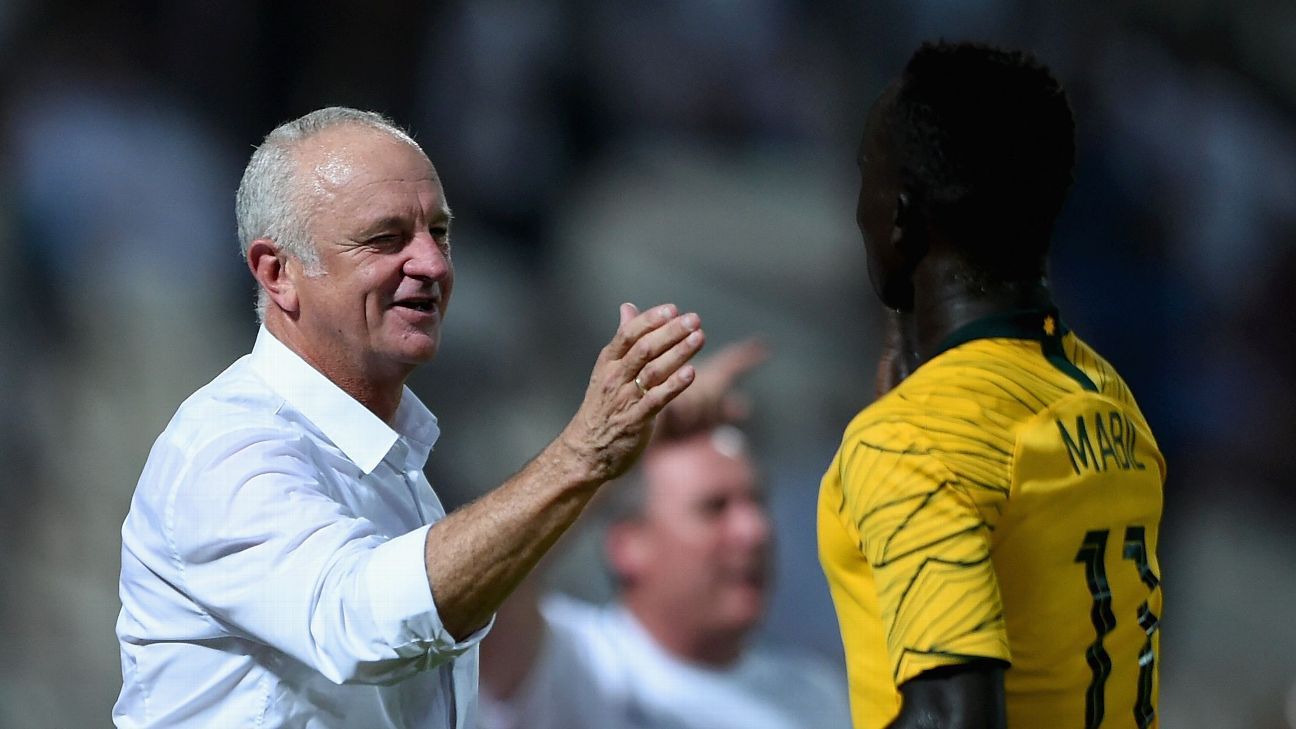 A lack of bite in front of goal has been the main worry for Australia in recent times, with this year’s World Cup campaign highlighting those concerns. The Socceroos failed to score from open play in Russia, with only Mile Jedinak’s two penalties in the goals-for column after their matches against France, Denmark and Peru.

With Jedinak and record goal-scorer Tim Cahill both retiring from international football after the tournament, the most prolific players in Graham Arnold’s squad for this month’s friendly against Kuwait were Tom Juric and Mathew Leckie with eight goals each.

Arnold, a striker in his playing days, firmly believes there’s nothing wrong with Australia’s finishing prospects. It’s just a matter of belief.

“They do know how to do it, and then it’s about executing.”

Arnold’s men made a bright start in front of goal to his reign as national team coach, securing a 4-0 win over the world No.157-ranked Kuwait earlier this month.

Their next opponents are the more credentialed Korea in Brisbane on Nov. 17, in a key part of Arnold’s preparations for the defence of the Asian Cup in January.

But the Socceroos boss doesn’t want people to dismiss the performance against the Kuwaitis as a goal glut against an easy opponent.

“Kuwait are ranked where they are only for one reason: they’ve been suspended for three years,” he said. “I watched them play against Lebanon, who’re ranked 70, and they played them off the field. The boys did a great job.”