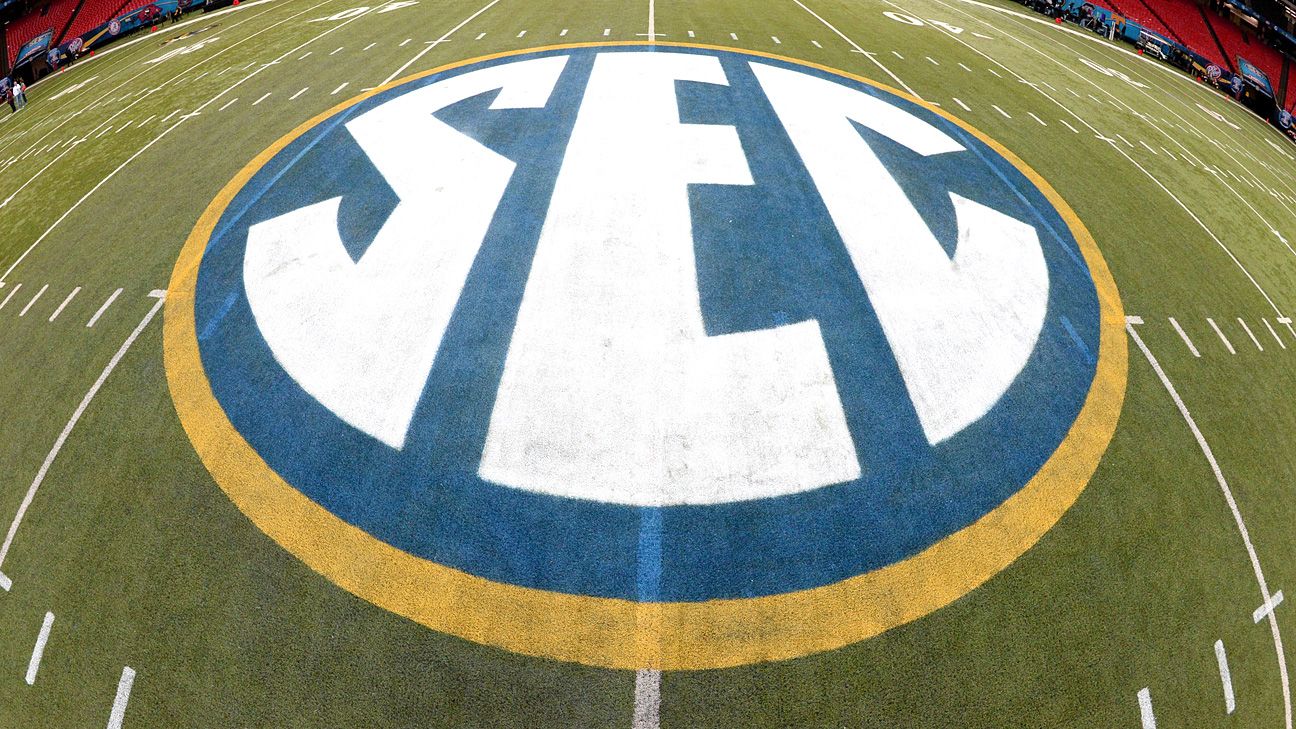 The SEC announced Friday that athletes could begin using facilities on campus for voluntary workouts June 8 under strict supervision of designated university personnel and safety guidelines developed by each university.

Presidents and chancellors from the SEC’s 14 universities are the ones who made the final call after extensive conversations within the league involving commissioner Greg Sankey, athletic directors and medical officials.

The NCAA Division I Council had already lifted the moratorium on workouts with its vote on Wednesday allowing voluntary on-campus activities to resume in football and men’s and women’s basketball starting June 1.

The SEC had suspended all athletics activities through May 31 because of the coronavirus pandemic.

In its release, the conference said: “June 8 will begin a transition period that will allow athletes to gradually adapt to full training and sports activity after this recent period of inactivity. Under plans developed by each university and consistent with state and local health directives, certain activities will be permitted based on the ability to participate in controlled and safe environments, while also maintaining recommended social distancing measures.”

Sankey appeared on “Get Up” Friday morning on ESPN prior to the vote and said that the health and safety of the athletes has been at the forefront of all the conference’s conversations. He said the league formed a medical task force to explore COVID-19 issues and that the league athletic directors had been meeting twice a week and the presidents and chancellors weekly prior to Friday’s vote.

Sankey said the timelines for staff members and athletes returning “may vary from campus to campus” and added that CDC guidelines, national guidelines and state guidelines would be expanded on each of the league’s campuses where there are limitations on such things as access, temperature checks and different turnarounds for appropriate sanitization of facilities.

“Those are things we all are becoming accustomed to in our daily lives,” Sankey said. “Those are the same experiences that we’ll see in our athletic programs starting at some point, I expect, in June through the summer; and then we’ll see what that means as we move later into the summer and into the fall.”

The SEC wanted uniformity as to when athletes could return to campus for voluntary workouts. Other conferences, such as the ACC, opted to let universities make their own decisions. Louisville, for instance, will allow its athletes to begin workouts on June 8.

As one SEC administrator told ESPN on Friday, the date that players actually begin working out in the weight room or conducting voluntary workouts could be days, and possibly a week or more, after they return on June 8. He noted that some of the players could also return in waves.

“The first thing you have to do is test them because a lot of these kids have been scattered all over the country,” the administrator said. “Then you have to get all of test results back. Some of us will have to do physicals on the players, and we will probably have some parents who don’t want their kids to come back and those players won’t come back, at least right now. ‘Voluntary’ is the key word here when you start talking about these workouts.”

Alabama coach Nick Saban told ESPN earlier this week that it wasn’t as important to rush the athletes back on campus so they could start working out again as it was to get them in a controlled environment.

“That way, we can fully assess where everybody is, get them tested, get the test results back and go through all of the proper protocols,” Saban said. “Most of these guys are already working out at a local gym wherever they are right now. If they’re with us, at least we have the trainers, doctors and medical staff here on campus to monitor their health and well-being.”

Saban had said previously that he thinks getting the players back onto the field in July and doing some OTA-type workouts similar to the NFL would make it possible for teams to go into preseason camp in August and still be ready to play in September barring any unforeseen circumstances. He still believes that.

“It wasn’t too long ago, when I was at LSU, when you didn’t see the players all summer and they would show up in early August, you’d go to camp and then play a month later,” Saban told ESPN. “This is a little different because we didn’t have spring practice this year, and none of us have a blueprint to navigate some of the things that could come up in the environment we’re in now with this virus. But I still think we have enough time to get the players ready for an on-time start to the season as long as it’s safe for everybody.”

Tennessee athletic director Phillip Fulmer told ESPN earlier this week that everybody in the SEC had been “cautious and deliberate” in their conversations about the best time to bring back the players. Fulmer said the tricky part with 100-plus players returning to campus would be limiting their contact with people outside the football complex.

“I get the people who say, ‘Well, we can take care of them better here,’ and in a lot of cases, that’s true,” said Fulmer, a Hall of Fame coach who led the Vols to a national championship in 1998. “But the very thing medical people are telling us right now not to do is gather in larger groups. So you may not gather them in the weight room or gather them in the dining room, but they’re going to gather somewhere if they’re all back. They’re teammates, so there will be a lot of educating that goes into this. There’s no magic thing here that makes anybody right. We still have time. I just don’t want to do anything that’s going to set us back.”