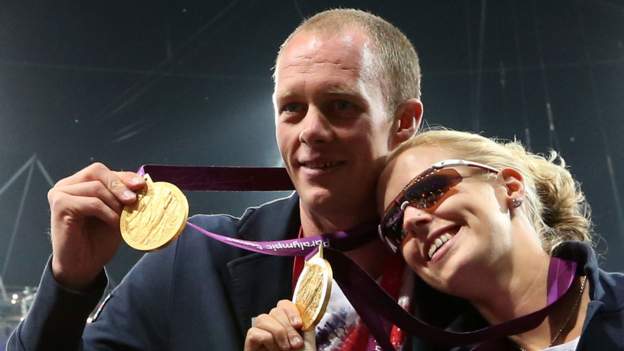 Paralympic gold medallist David Smith is prepared to compete for Jamaica at the 2023 World Cycling Championships.

Smith, 42, has been dropped by British Cycling but – with a spine tumour that has plagued him for a decade responding to radiation – his “ultimate dream” is to compete in Glasgow in three years.

The Scot, whose girlfriend is Jamaican, can transfer allegiance to any country.

“I’ve been out there a lot and I’ve been speaking a lot to the Jamaican cycling team,” he told BBC Scotland.

Smith last completed for Great Britain in 2018 – and has not ruled out continuing to compete for them should his times improve enough to be selected – but he can register with cycling authorities to switch nations after three years.

“They don’t have a para-team,” he said of the Jamaicans. “They have one para-rider – Marloe Rodman – who competed at the Glasgow Commonwealth Games as an able-bodied rider, but was subsequently injured.

“I’ve talked with him and the coaches about setting up a team and I could end up actually racing for Jamaica.”

Smith was diagnosed with cancer in 2010, however the tumour on his spine is now finally stable.

He battled back from his first diagnosis to compete at London 2012, and won gold for Britain as a rower before transitioning to cycling.

But as he prepared to compete on the bike at the Glasgow 2014, and the Rio Olympics two years later, his tumour returned.

The Scot has endured six rounds of surgery, with an operation in 2016 leaving him paralysed down his left side.

And on the same day it was announced the 2020 Tokyo Olympics had been cancelled, Smith received the news that the tumour had been neutralised having once again returned.

“To have that phone call was amazing, it was such a great relief,” said Smith, who is currently studying an online degree in positive psychology from Harvard. “The tumour is obviously still there, but it’s not doing anything.

“I have a pain in my neck but it’s been cut open six times, so that’s understandable. And I get frustrated with having to carry my my left arm everywhere – that’s pretty tiring work.

“But on the whole I feel mentally, emotionally and physically in a good place, which is nice to be able to say that.”