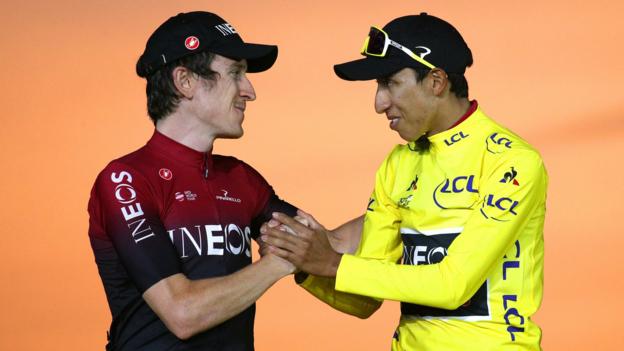 It is too early to decide whether this summer’s Tour de France will go ahead, says France’s sports minister.

Most major sporting events have been postponed because of the coronavirus pandemic, including the Olympic Games and football’s European Championships.

Roxana Maracineanu has said France could host the Tour, which she called “a monument of sport” and due to run from 27 June to 19 July, without fans.

“But there’s a time for everything. We have a more urgent fight,” she said.

“It’s still too early to decide. Let’s put all our effort into climbing that mountain before tackling the next one.”

Speaking to French media, Maracineanu said the Tour relies on television revenue rather than ticket sales, meaning a ‘behind closed doors’ event would “not be so penalising”.

“In this period of confinement, everyone is aware and responsible,” she told France Bleu.

“Everyone understood the benefits of staying at home and therefore favouring the television show rather than the live show.”

The Giro d’Italia – set for 9-31 May – has been postponed, while a decision is still to be made on the final Grand Tour of the year, the Vuelta a Espana, which is due to start on 14 August.

NZ Super clubs get handout amid pandemic
Eoin Morgan says England players are ‘open to helping in whatever way possible’
‘Take a challenge to a championship’: USF’s Jeff Scott and an unprecedented test
How are boxers getting by with no fights?
Before NBA leap, LaMelo buys his Aussie team