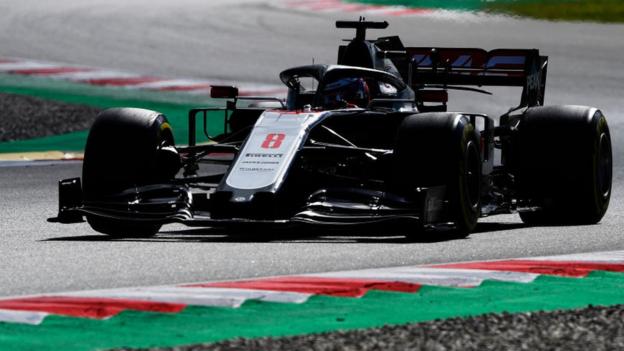 The US-based Haas team have named Brazilian Pietro Fittipaldi and Swiss Louis Deletraz as their official test and reserve drivers for this season.

Deletraz, who finished eighth in Formula 2 in 2019, steps up from his role doing work in Haas’ simulator.

The F1 season has been put on hold as a result of the coronavirus outbreak.

The first eight races have been called off – seven of them postponed, while the Monaco Grand Prix has been cancelled for good as no alternative weekend could be found.

F1 boss Chase Carey has said he hopes to reconstitute a new season of about 15-18 races – down from the originally planned 22 – and plans to start the championship in the summer.

Haas team principal Gunther Steiner said: “Naturally, we had intended to make this announcement over the course of the Australian Grand Prix to start the season, but events both there and globally took priority with the ongoing COVID-19 outbreak.

“Pietro and Louis have both proven themselves to us over the past 12 months.

“Their work in the simulator was undoubtedly of value as we faced our challenges last season and we’re excited to continue to present them with further opportunities to expand their relationship with the team in 2020 when we can return to work.”