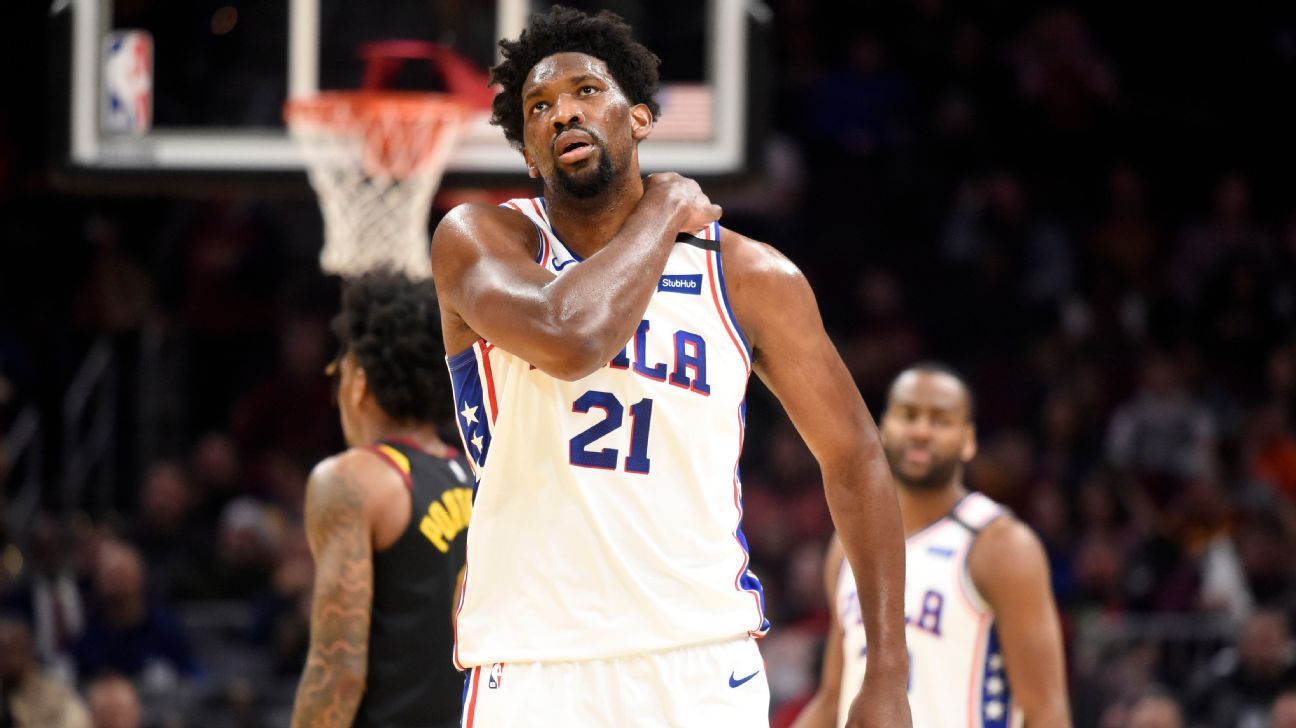 PHILADELPHIA — The Philadelphia 76ers are down two All-Stars.

Already missing Ben Simmons because of a back injury, the 76ers played without center Joel Embiid on Thursday night against New York due to a sprained left shoulder.

Embiid was injured Wednesday night in a loss at Cleveland when he collided with Ante Zizic. X-rays following the game didn’t show a fracture. He was being reevaluated prior to the game Thursday, and the 76ers said they would have another update Friday.

Embiid sat for the 17th time this season due to injury or suspension.

Simmons missed his third game. Injured in a practice, he has a nerve impingement in his lower back and will miss at least two weeks.