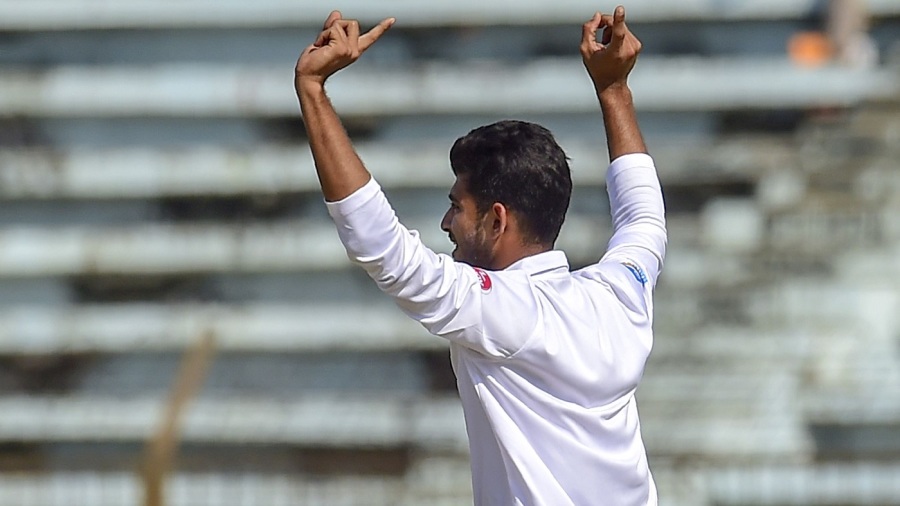 Zimbabwe opted to bat on the first morning of the one-off Test in Mirpur. With Sean Williams missing this Test to be present for the birth of his first child, stand-in captain Craig Ervine called correctly and gave Zimbabwe’s batsmen first use of a track that has an uncharacteristically full covering of grass and could well encourage the seamers with the new ball. They also handed an international debut to medium-pacer Charlton Tshuma on the back of consistent returns in the Logan Cup.

As expected, Bangladesh fielded two seamers in Abu Jayed and Ebadat Hossain alongside two frontline spinners in Nayeem Hasan and Taijul Islam. Bangladesh will also hope to be buoyed by the return of Mushfiqur Rahim to the middle order after he missed the Test in Pakistan due to security reasons.

Bangladesh dropped Mehidy Hasan for the first time in a home Test since he made his debut against England in 2016. Mehidy has been off-colour since taking 15 wickets against West Indies at home in 2018, after which he took six wickets in four Tests last year. He missed the Rawalpindi Test earlier this month due to an injury. Nayeem comes on the back of taking 13 wickets last week in a first-class match, with 8 for 107 and 5 for 101 against North Zone in the Bangladesh Cricket League.

The preference is a significant decision within the senior team where there has been strong hints of change after Bangladesh’s sixth successive defeat since last year.

Timycen Maruma slotted into Zimbabwe’s middle order in place of the absent Williams, while the visitors opted for a seam-heavy attack; Ainsley Ndlovu is the only specialist spinner in Zimbabwe’s XI.