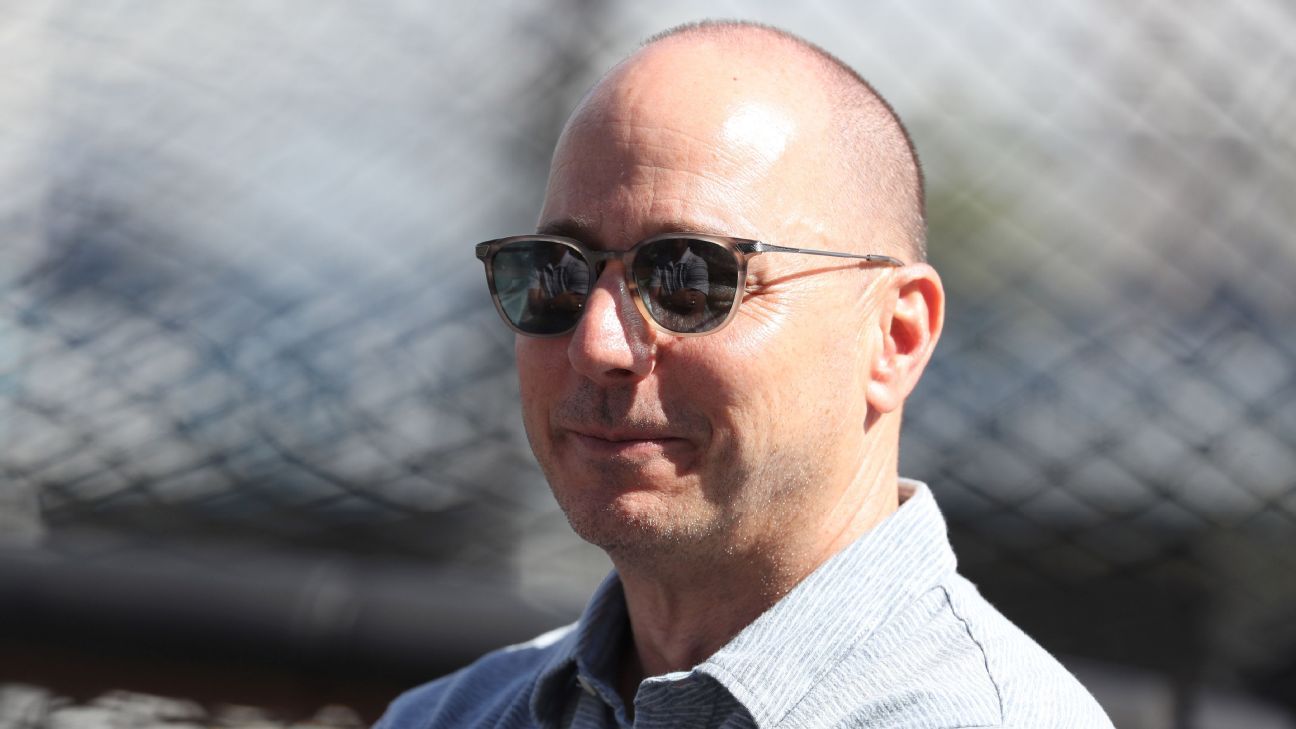 TAMPA, Fla. — For the Houston Astros, the verbal hits just keep on coming. New York Yankees general manager Brian Cashman joined the enormous ranks of those in the baseball industry to say publicly that they believe the Astros’ illicit sign stealing was difference-making in the competition.

“I definitely think it had an effect on things, without question,” said Cashman. “The Houston Astros were dealing with a distinct advantage moreso than their opponents. That’s a fact. I don’t think anybody can disagree with that, although they may try.”

The Astros beat the Yankees in the 2017 American League Championship Series, and again in 2019, although Cashman said he doesn’t know for sure whether the Astros continued stealing signs in 2018 and 2019, or used a buzzer system in ’19. He believes sign-stealing directly impacts results.

“Yes, or else you wouldn’t be doing it,” Cashman responded.

There has been a torrent of criticism directed at the Astros from many other players and staffers, from Cody Bellinger to Justin Turner of the Dodgers, Mike Clevinger of the Indians, Evan Longoria of the Giants, Sean Manaea of the Athletics, CC Sabathia, Aroldis Chapman and Masahiro Tanaka of the Yankees, a seemingly unprecedented and angry peer review.

“There’s a bit of a therapeutic side to this thing,” Cashman said. “I think everybody has the right to speak to this subject matter, speak their truth, and then find the time — sooner than later — to move forward. Because that’s all you can do at this point. This was a very noteworthy story, and we’re all gathering in our various camps now and being asked a lot of questions on a daily basis.

“It’s an unhealthy dynamic for our game to be dealing with, and I’m looking forward to getting back to normal despite the frustrations about what occurred back in ’17 — at the very least. Ultimately, that was then, this is now. And we have an exciting opportunity with the personnel we have here to focus on what’s ahead of us, rather than what’s in the past.”

Carlos Beltran was specifically cited in the report released by Commissioner Rob Manfred as being a central figure in the Astros’ sign-stealing system. But Cashman said that based on his working relationship with Beltran — who was a player for the Yankees 2014-2016, and then a special assistant in 2019 — he has a hard time buying that Beltran would have pressured others into cheating, as portrayed in recent stories.

“The Carlos Beltran who I know is a good person,” said Cashman. “A great player. A gentle giant … but with a warm gentle side to him, a great teammate. Someone who was easy to communicate with, from a front office’s standpoint … I can say as a friend, that a lot of stories that have come out, I have a hard time believing, in how he’s being portrayed. I’m not saying he didn’t do anything wrong. Clearly, the Commissioner’s Report speaks for itself. But in terms of being forcing other people to do this, that or the other thing, I have a hard time buying that, because that wasn’t the person I knew as a player, that wasn’t the person I knew as a special advisor.”

Cashman, who acknowledged that he spoke with Major League Baseball many times about suspicion of sign-stealing, said that when the Yankees hired Beltran as a special assistant, he asked Beltran about the Astros and their sign-stealing, and never got a concrete answer.

“We’ve asked so many people, because there’s been a lot of suspicion with the Houston Astros in ’17,” he said. “It’s been asked a lot … but without having direct knowledge of what was going on, just having a sense that something was going on. And you have conversations with other competitors, getting feedback on what was going on.”

“Now we know. Obviously the big reveal has come out. But ultimately, we have to start focusing on the present and the future. It’s the only healthy thing to do.”

Cashman wouldn’t answer the question of whether he would again hire Beltran, who was recently dismissed as manager of the Mets without actually managing a game.