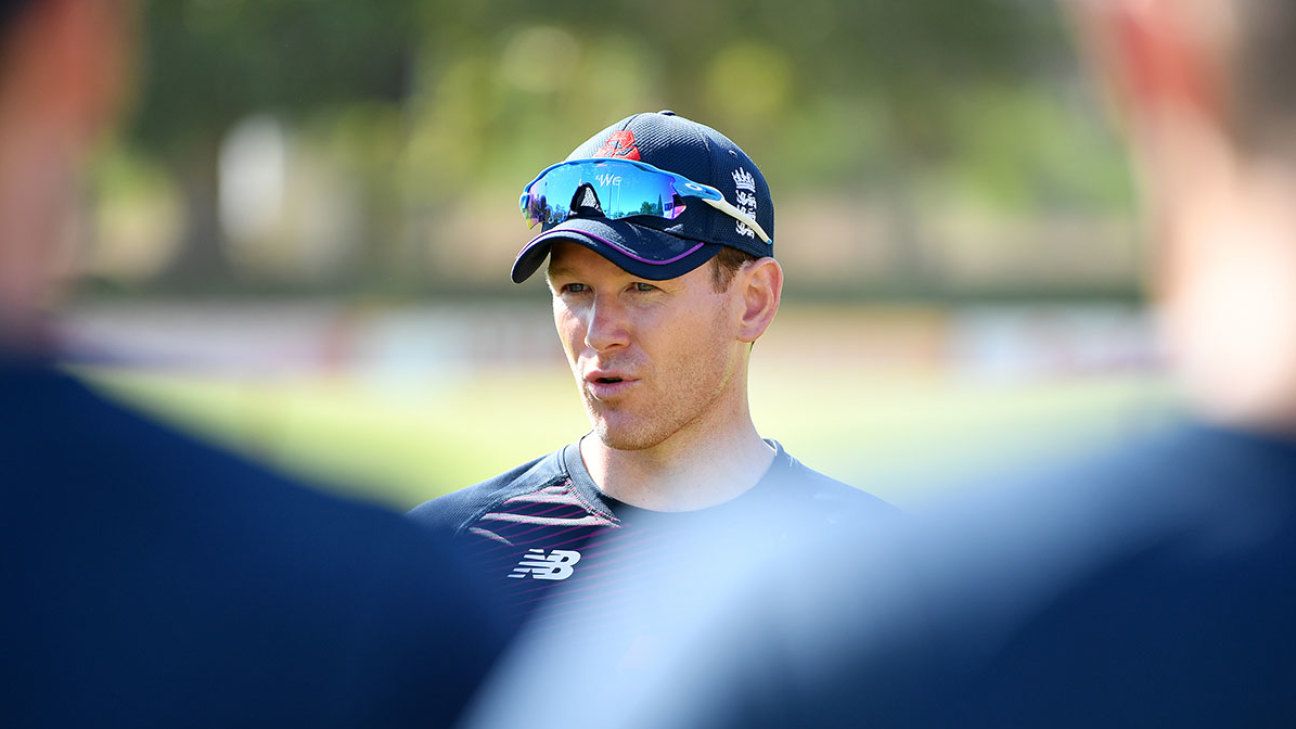 Eoin Morgan has hinted he could yet stay on as England captain until the 2023 World Cup, as he prepares to lead the 50-over team into their first ODI since that victory over New Zealand in last year’s final at Lord’s.

Speaking on the eve of the ODI series opener against South Africa in Cape Town, Morgan said he had been in the form of his life in the lead-up to the 2019 World Cup, and while accepting that things can change quickly in professional sport, he acknowledged that it was important to make the most of the “special group of players” that had come together in England’s white-ball squads over the past four years.

“It was our goal to win the World Cup. We managed to achieve that, which is an unbelievable feeling, and it lays a platform for us to build for the next cycle,” Morgan said. “We will stick to the processes by which we try to get better all the time, and that will involve younger guys coming through and testing the guys who hold the positions at the moment, because that has worked extremely well for us over the last couple of years.”

Morgan himself will be one of those most tested by the coming generation, seeing as he will be 36 by the time the next World Cup takes place in India in the spring of 2023. However, there are two further ICC tournaments between now and then – back-to-back T20 World Cups in Australia this winter and India in 2021 – and right at this moment, he believes he has both the form and the drive to continue to flourish in his role.

“I haven’t looked that far ahead,” Morgan said of the 2023 tournament. “But I’ve looked to the next T20 World Cups and I feel there’s enough space to say I’m hoping to be here for both. But things change, and when you make decisions to stay on, the decision is often taken out of your hands.

ALSO READ: Back in blue for England as post-World Cup era begins

“For me, it’s a matter of focusing on this year’s T20 World Cup, and putting us in the best position to try and win it,” he added. “But I think over the last four-and-a-bit years, I’ve been in the best form of my life. I think the level of experience I have now, and having grown in confidence as a leader, that has allowed me to be the best version of myself.”

In the aftermath of England’s dramatic World Cup win, Morgan took his time to decide whether he had the hunger to carry on as captain. But the opportunity to reflect, both on the team’s achievements to date and on their opportunity for further success, persuaded him to continue in the short-to-medium term at least.

In particular, Morgan admitted that the opportunity to have another crack at the T20 World Cup was a big factor, after England’s bid for the trophy at the last event in India in 2016 collapsed amid Carlos Brathwaite’s four consecutive sixes off Ben Stokes in the final in Kolkata.

Despite the disappointment on that occasion, Morgan identified that setback – as well as England’s 3-2 series loss on their last ODI tour of South Africa that same year – as key motivations for a team that has grown together over the past five years. And now, with a core of senior players approaching their 30s, he believes the squad can use all that prior experience to push on towards yet more glory.

“Given the age group that we have among our senior players, they don’t take their positions for granted but they are looking further, beyond winning one World Cup,” Morgan said. “Days like the T20 World Cup final in 2016, and losing down here in the fashion that we did last time, really did contribute to creating that drive moving forward.

“We recognise that things don’t last forever and that we do have a special group of players together, so making the most of it is extremely important,” he added. “Sides over the years have had some unbelievably great individual players but actually haven’t won a great deal, so we’re really fortunate to have won something. But that drive going forward is extremely important.”

A major factor in that drive was the healthy competition for places that England had in so many key roles, and Morgan said that they would not be changing their template as they look to refresh their squad with a new generation of younger players such as Tom Banton and Saqib Mahmood, in the coming months and years.

“If we put this series in context, it will allow us to build a broader squad for three or four years’ time,” he said. “We’ll have more players to select from, like we did for this summer’s World Cup, and it also allows us to look at guys who could be potential candidates for the end of the year’s T20 World Cup.

“We’ve never focused on peaking at a particular time, we’ve focused on finding opportunities to pick guys when we can,” he said. “Ultimately we don’t know how good people can be until they get exposed, so being as open-minded as we can with selection, and recognising performances around the world and at home is important.

“We want guys to play their own way, within the framework of our gameplan, which is about playing positive, aggressive, smart cricket,” he added. “That leaves a lot of creative imagination and individuality for guys to go out and play their own way, and make their own decisions, and until that template changes or doesn’t suit us, we’re sticking to that.”