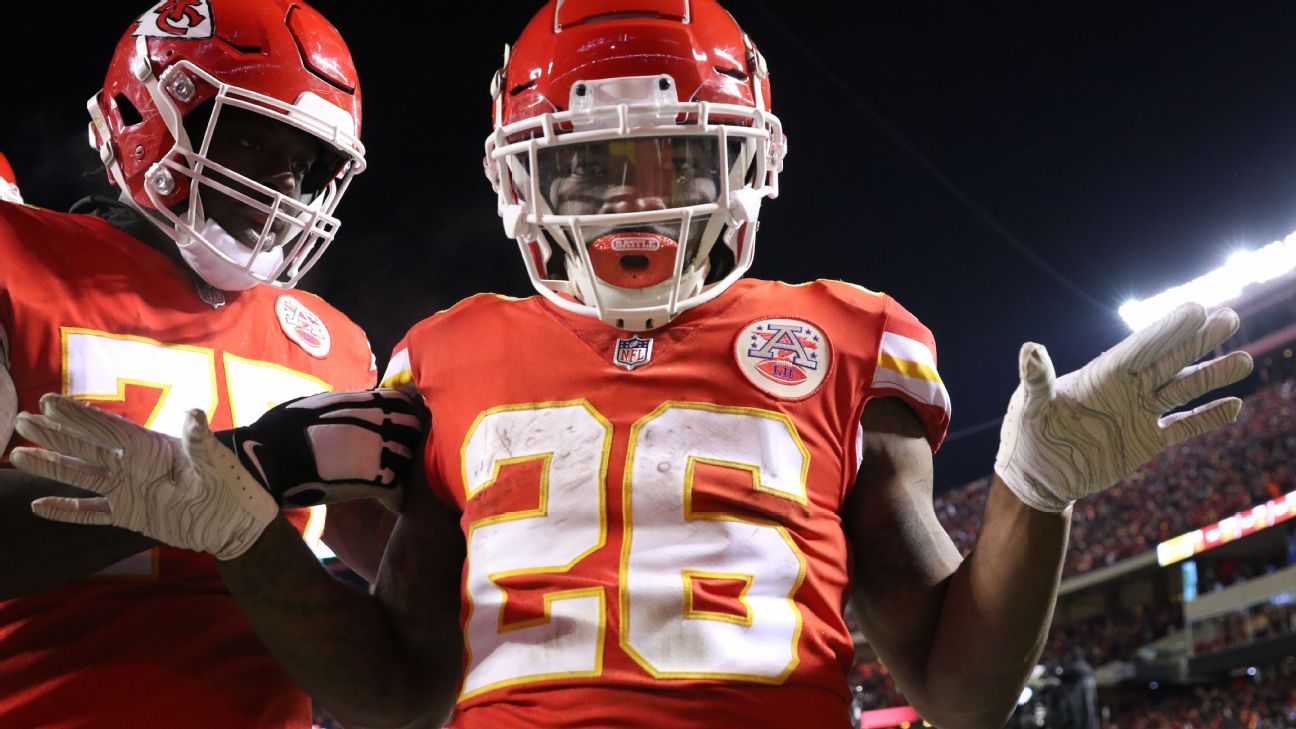 MIAMI GARDENS, Fla. — The play was an inside run, but Kansas City Chiefs running back Damien Williams didn’t come from nowhere to become a Super Bowl star by always doing things the way they’re drawn up. So after taking the ball from quarterback Patrick Mahomes on a late-fourth quarter play, he followed fullback Anthony Sherman, his lead blocker, to the left.

“Sherm came in the game, and he was like, ‘Follow me,’ and that’s exactly what I did,” Williams said. “The run was supposed to go inside but he went outside, so I went outside. I said, ‘Forget it, I’m taking it to the house.'”

The Chiefs will forgive Williams. His 38-yard touchdown run will live forever in Chiefs and Super Bowl lore. It gave the Chiefs their final score in a 31-20 win over the San Francisco 49ers in Super Bowl LIV, the first NFL championship for the franchise in 50 years.

Williams also scored on a 5-yard catch from Mahomes earlier in the fourth quarter and ran for 104 yards on 17 carries. That seemed to make Williams a logical choice as the game’s MVP, though the award went to Mahomes.

Williams didn’t mind. He entered the NFL as an undrafted free agent — “I had to fight my way in,” he said — so he just appreciated having a hand in things. Williams was the second undrafted player to rush for more than 100 yards in a Super Bowl, Dominic Rhodes of the Indianapolis Colts being the other. He did it in Super Bowl XLI against the Chicago Bears.

What did irritate Williams was hearing for two weeks about the 49ers’ running game.

“You try not to pay attention to the media and everything, but … it’s kind of hard to ignore what they’re talking about,” Williams said. “Just being able to hear them talk about the 49ers as a whole, as an offense and their run game. … They’re a great team, and I’m not taking anything away from them. Their run game … to not hear your name or anything and just how we do things on the ground, I pay attention.”

Sherman said he sensed a big game coming from Williams.

“I talked to him before the game, and I knew in his heart he was going to bring it,” Sherman said. “You could tell from his very first run that he was going at these guys and [run] downhill and [make] his presence felt all night. That’s who you needed tonight.”

Williams spent the first four NFL seasons playing at Hard Rock Stadium for the Dolphins, adding some irony to his big game.

“Being able to go to a place like [Kansas City], it’s crazy. It doesn’t feel real yet. When you get into the league, you think about the Super Bowl, you think about what you would do in it, and for it to be where I started my career at undrafted, it means a lot.”