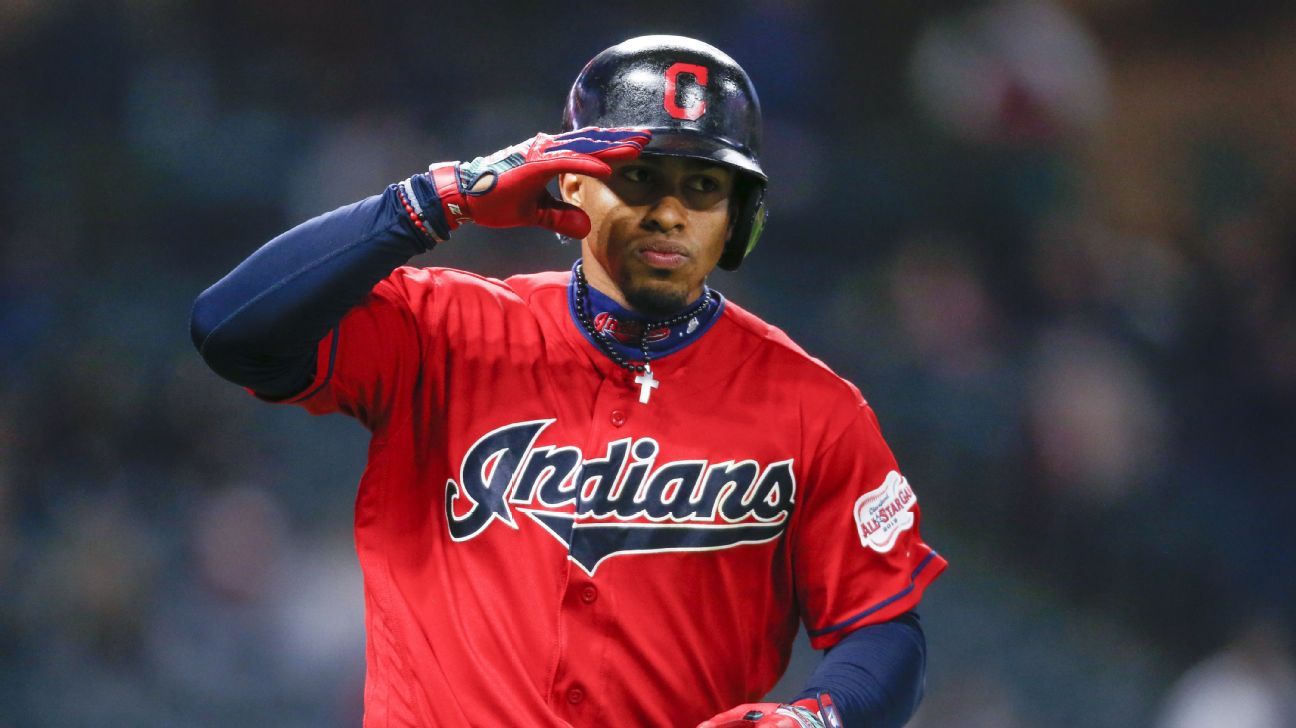 CLEVELAND — Francisco Lindor‘s future with the Indians was already unclear.

On Saturday, it got even more confusing.

The four-time All-Star shortstop, who has been the subject of trade rumors because Cleveland will probably never be able to offer him a long-term contract close to what he may one day get as a free agent, made some contradictory comments while discussing his curious situation.

Lindor, 26, said he would love to stay in Cleveland, calling it “a home.” But he also said the Indians have not made him the “right thing” to this point, and he questioned whether the club would ever be positioned to come up with the kind of money needed to keep him.

And while discussing other massive, multiyear contracts around baseball, he mentioned wanting a $500 million contract — “anybody wants that,” he said — before saying finances aren’t a factor.

The Indians are in a tough spot with Lindor, who avoided salary arbitration last month by agreeing to a $17.5 million contract with incentives for 2020. He’s under Cleveland’s contractual control until after the 2021 season, when he could cash in for a payday of untold proportions.

Based on some recent deals given to stars like Mike Trout, Bryce Harper and Manny Machado, Lindor’s one-half-billion-dollar dream payout isn’t far-fetched.

In the meantime, the Indians have entertained contract offers for Lindor, one of baseball’s best all-around players who may just be entering into his prime. Cleveland has declined chances to move Lindor to this point, but that could change at any time.

Lindor said he pays little attention to trade rumors and he understands the business side of baseball. He also made a point of saying he’s got no power if the Indians decide to deal him.

He does, however, control his long-term future. So why doesn’t he sign with Cleveland?

“Because they haven’t offered me the right thing,” he said, flashing the smile that, along with a powerful bat and slick glove, has made him a fan favorite.

When Lindor was asked what it would take for the Indians to lock him up, he turned the question around on a reporter.

Lindor was quoting the seven-year, $245 million contract the Angels gave to World Series hero Anthony Rendon. Lindor asked how much that averaged to per season before launching into a long, perplexing response.

“A lot of money sounds pretty right now,” said Lindor, who has dyed his hair platinum blonde. “Everything sounds pretty. A lot of years sound pretty, too. At the end of the day, it’s about what’s best or me, my family, and also the Indians’ organization. If they don’t think I can stay here because of the money situation, then I won’t be here.

The Indians and their fans have been in this situation before with Albert Belle, Jim Thome, CC Sabathia, Cliff Lee and other star players. And that usually happens is they get traded or sign elsewhere.