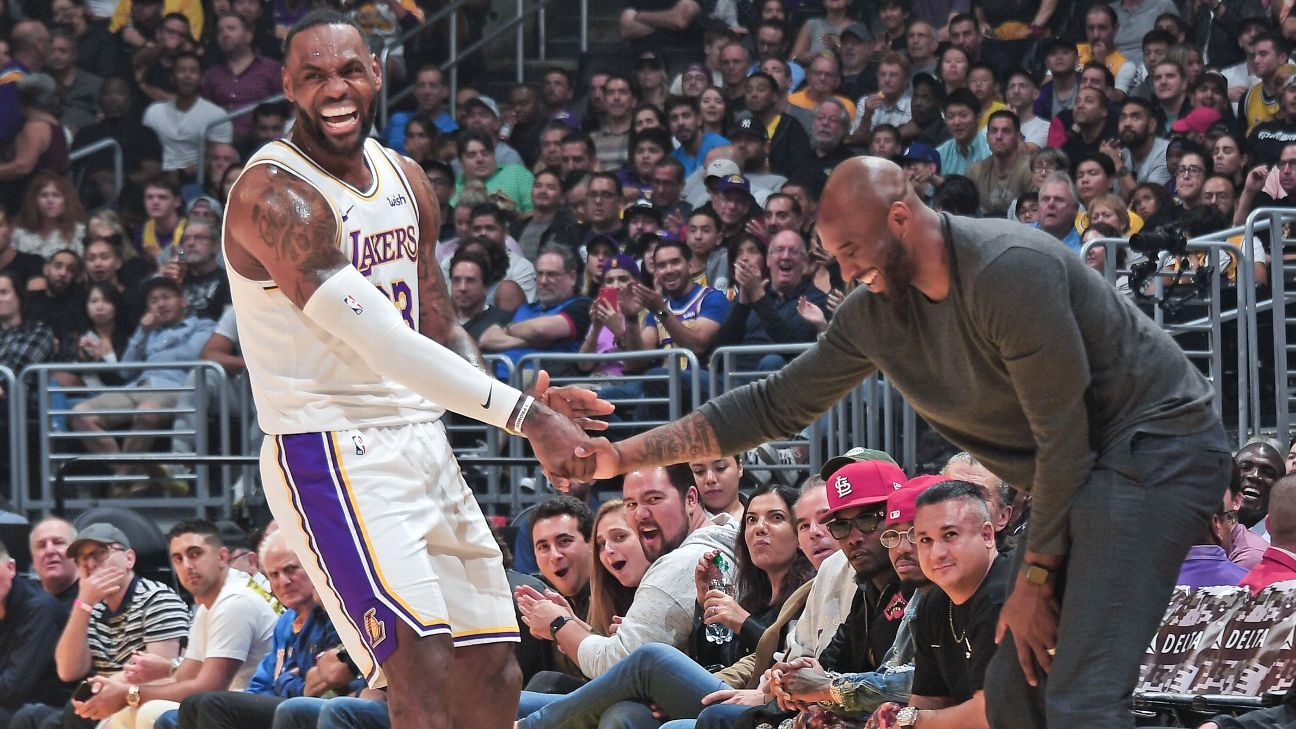 EL SEGUNDO, Calif. — LeBron James says “every game is going to be emotional” as the Los Angeles Lakers play out the season following the helicopter crash that took the lives of Kobe Bryant, his daughter Gianna and seven others on Jan. 26.

Including the NBA All-Star Game in Chicago later this month.

James, voted as an All-Star captain, will lead his team Feb. 16 against the squad selected by Giannis Antetokounmpo of the Milwaukee Bucks, the league’s reigning MVP.

Why No. 2 and not the No. 24 for his former Olympic teammate, contemporary competitor and the man he is tasked with taking the torch from as the next great superstar for the Lakers?

Zhuri Nova is James’ 5-year-old daughter. Before James changed his Instagram profile picture to a photograph of Bryant holding Gianna in his arms after the Lakers’ championship win in Orlando, Florida, in 2009, James’ profile pic was a photo of Zhuri with a big smile across her face.

James spoke about how much joy fatherhood brought to Bryant following the Lakers’ game Friday night — their first game since Bryant’s death.

“To see him these last three years just being … y’all see ‘GirlDad,’ the hashtag. I’m a girl dad. My brother right here, [Anthony Davis], is a girl dad.”

Bryant’s legacy as a father of daughters was celebrated last week after ESPN’s Elle Duncan shared a story on air about a one-on-one interaction she had with Bryant when she was pregnant with her daughter. She described his pride in being a “girl dad,” which caught on as a social media movement to honor Bryant. In fact, Bryant’s wife, Vanessa, referenced the hashtag on her first Instagram post following the tragedy.

The Lakers are walking the delicate line between continuing to mourn Bryant and returning to business as normal this week. The massive public memorial for Bryant located at the L.A. Live plaza across from Staples Center was disassembled Monday morning, and the smaller one outside the Lakers’ practice facility was removed Sunday night.

The team said it will collect and store the donated items until further directions are provided by the Bryant family.

In the meantime, there continue to be signs of Bryant everywhere from the KB and Nos. 8 and 24 decals affixed to the Lakers’ practice court over the weekend to random bits of numerology, as evidenced in L.A.’s 129-113 victory over the Sacramento Kings on Saturday.

And strange might be the best way to describe the transition Lakers vice president of basketball operations and general manager Rob Pelinka has to make this week with the NBA trade deadline looming Thursday.

“I think it’s just part of this time of year, it just comes with the territory of being an NBA player, NBA coach, NBA front office, we’re going to do our job,” Lakers coach Frank Vogel said. “If there’s ways to improve our team, like every other team in the NBA, if there’s a way to improve your team, you’re going to do it. If not, I know our team, we feel really good about what we have in uniform, on this roster.

“We’ll see how the next few days play out.”