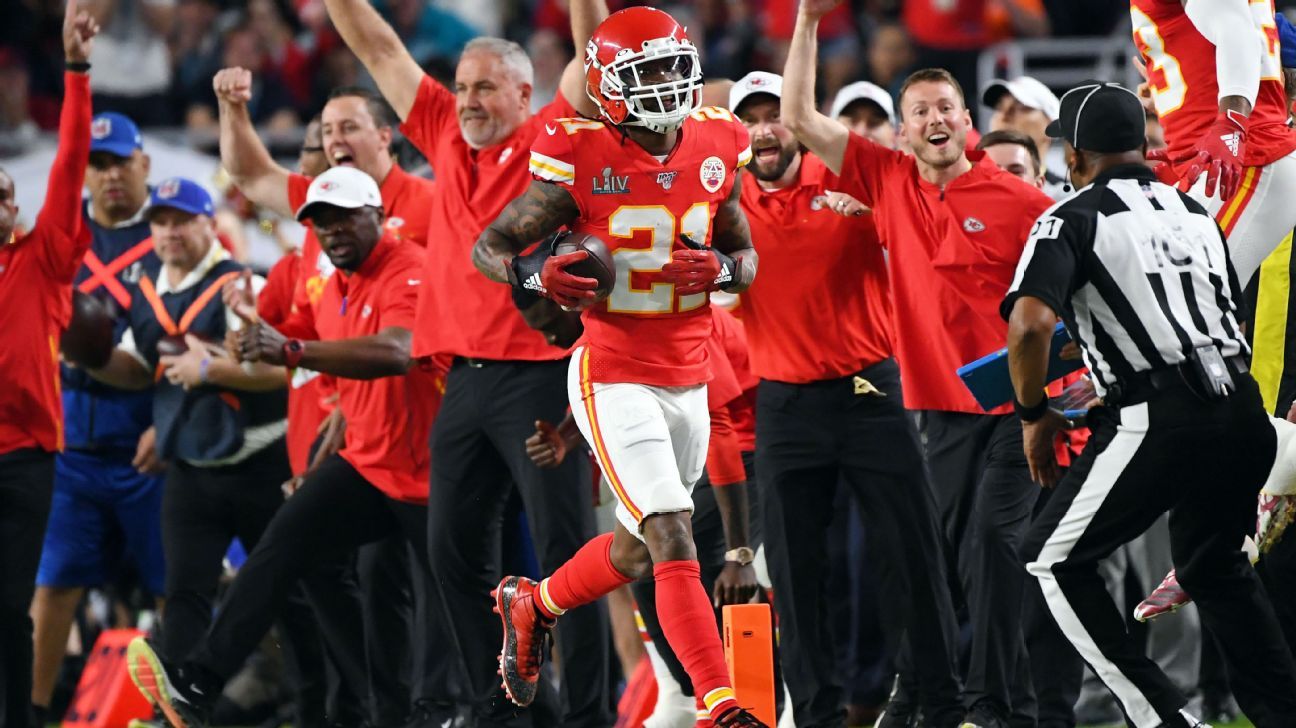 MIAMI GARDENS, Fla. — The Kansas City Chiefs came up with the game’s first turnover on Bashaud Breeland‘s interception early in the second quarter.

Stonecold and Big Mike with the pressure, Breezy with the pick 👊 pic.twitter.com/9G79wL3jyV

Chris Jones got pressure in Jimmy Garappolo and though he failed to drag him down, teammate Mike Pennel was there to hit the 49ers quarterback as he threw. The pass was way off target and Breeland had the easy interception.

.@SammyWatkins leaps on the throw from @PatrickMahomes! #ChiefsKingdom

After the Chiefs took over, and thanks to a big catch from Sammy Watkins, the Chiefs converted the turnover into three points to take a 10-3 lead.