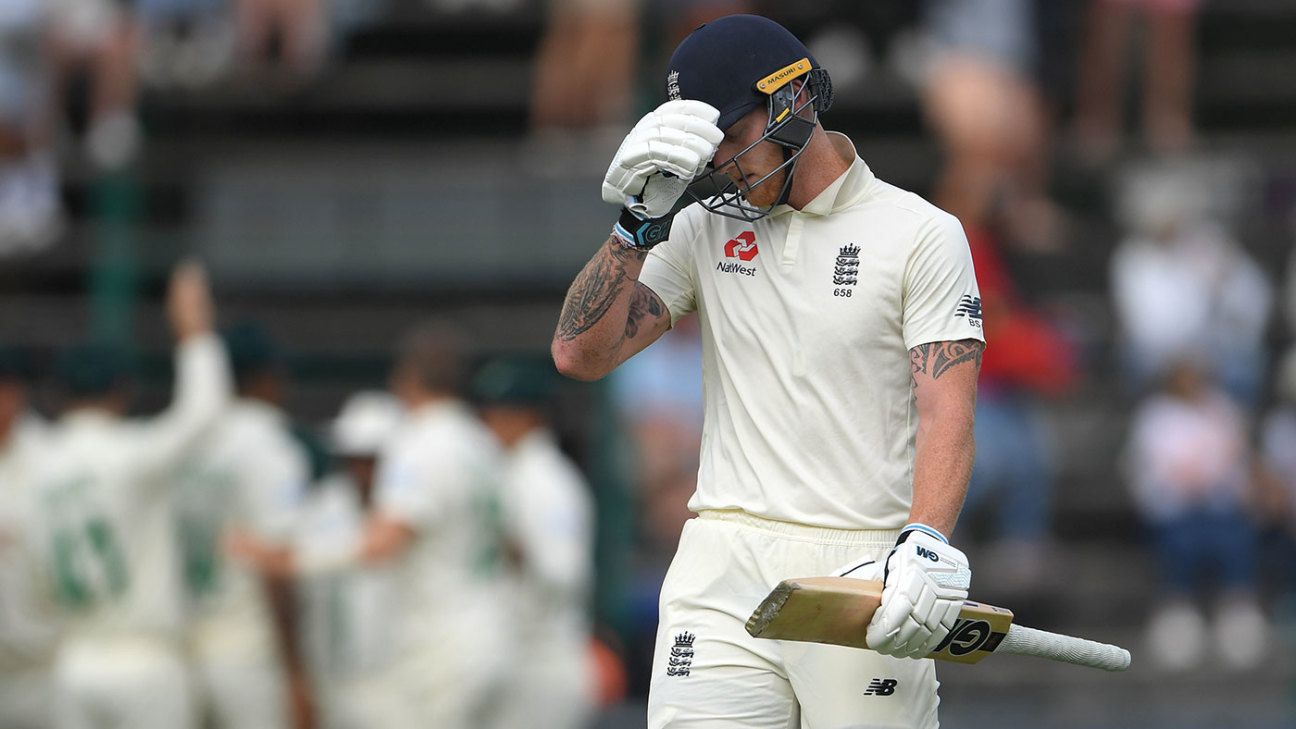 Ben Stokes could be in trouble with the match referee after an angry exchange with a spectator on the first day of England’s final Test against South Africa.

Stokes paused as he left the field following his dismissal and, in response to comments from a spectator, appeared to say: “Come say that to me outside the ground, you f***ing four-eyed c***.”

Stokes’ words were picked up by broadcasters and, though not shown live, were broadcast shortly after his dismissal. They were soon shared multiple times on social media. The spectator’s comments were not broadcast, though it is understood that the spectator involved, who is middle-aged, suggested Stokes looked like the singer, Ed Sheeran.

Use of an audible obscenity during an International Match is considered a Level One offence – the least serious – and carries a penalty of one demerit point. Stokes does not have any active demerit points, so the penalty – and any accompanying fine – would amount to little more than a slap on the wrist.

In the unlikely event his words are considered a threat of assault, however, then he could be charged with a Level Three offence. If that charge was upheld, Stokes would be hit with five or six demerit points and would be facing a suspension.

It is also possible his words will be considered ‘conduct that brings the game into disrepute’ which would leave him open to anything from a Level One to a Level Four offence. Level Four offences are the most serious.

The match referee may well take several factors into mitigation. For one thing, the gravity of the comments aimed at Stokes may be considered, while there will also be some thought to Stokes’ state of mind as he deals with the ongoing illness of his father, Ged, who remains in hospital in the city having fallen ill at the start of the tour.

The ECB may also be underwhelmed with the incident. The sponsors of Test cricket in England are Specsavers, while it is not so long since Stokes helped England win the Leeds Test in partnership with the bespectacled Jack Leach.