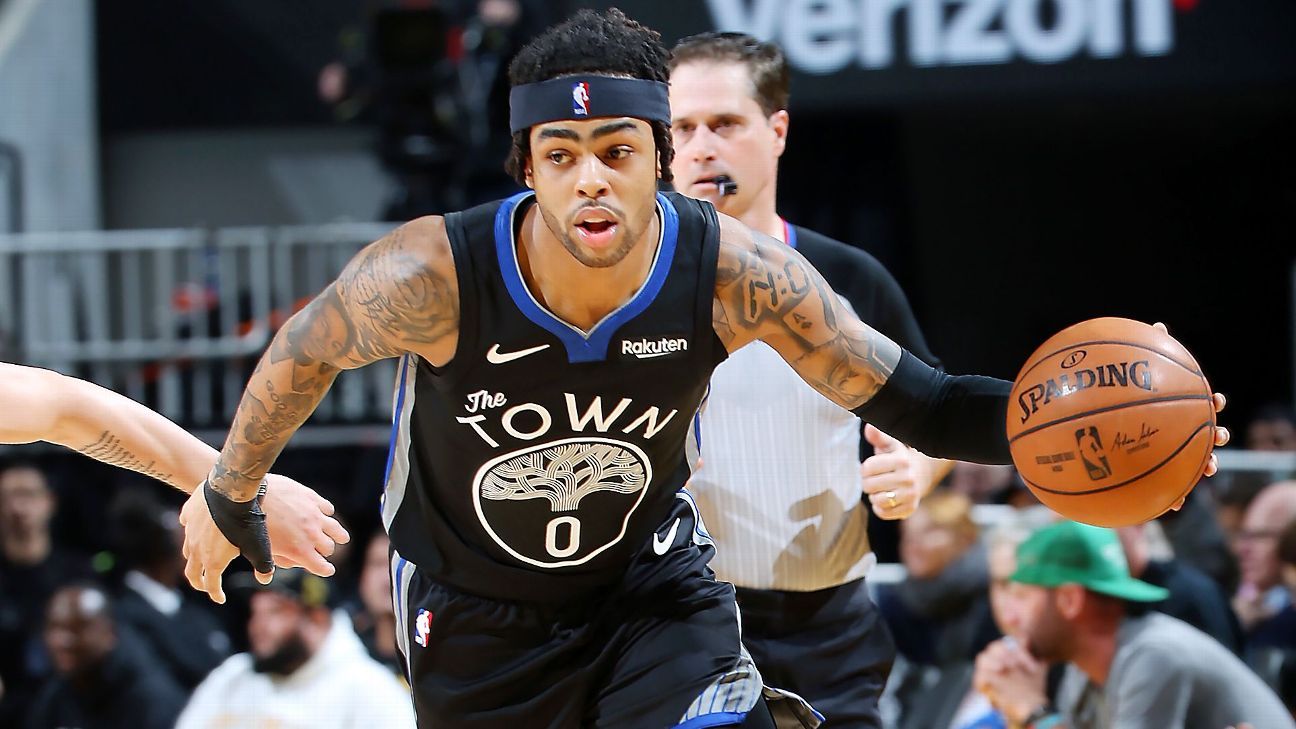 Golden State Warriors guard D’Angelo Russell will miss Tuesday’s game against the Spurs because of a left shoulder contusion.

Russell suffered the injury in Saturday’s loss to the Mavericks. He also is battling a flu bug that has affected multiple members of the team.

Center Willie Cauley-Stein also is dealing with the illness and is listed as doubtful, although coach Steve Kerr told reporters that Cauley-Stein had not yet joined the team in San Antonio as of Monday afternoon.

Backup big man Kevon Looney also is out Tuesday because of abdominal soreness.