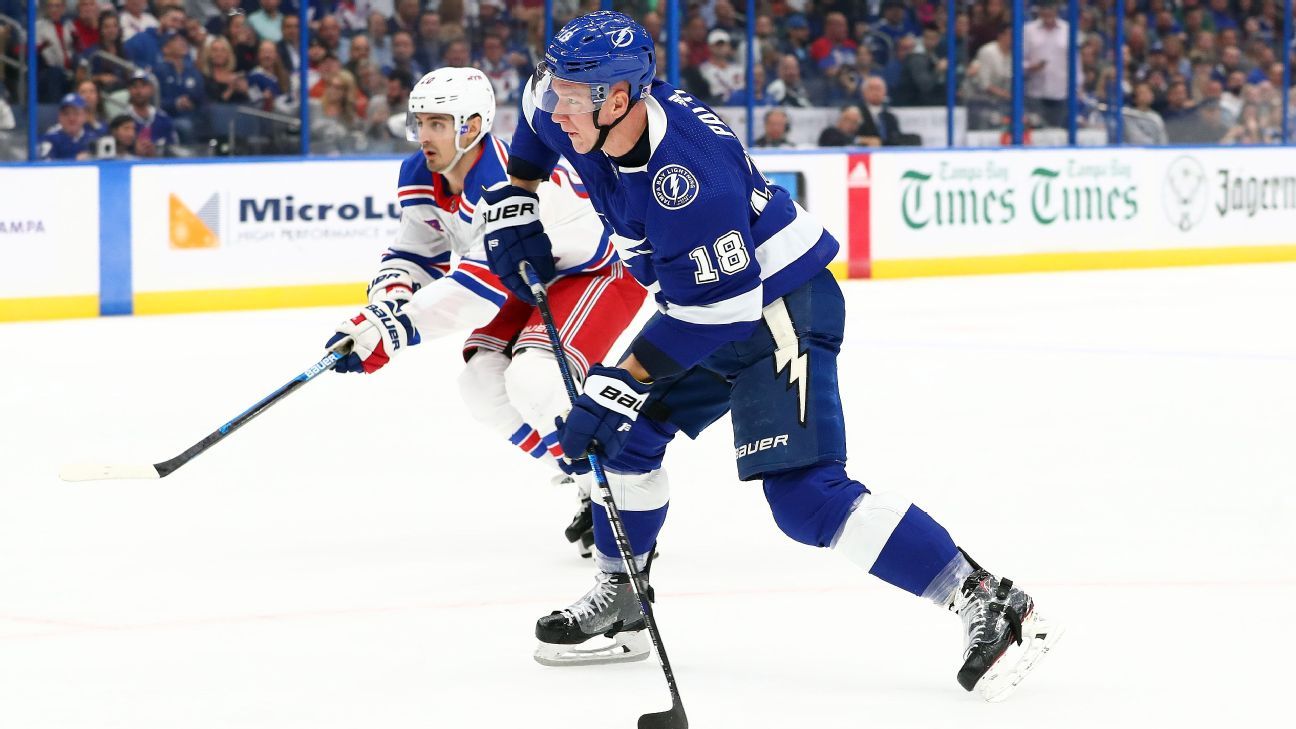 Every week, we’ll mine the waiver wire for lesser-owned assets to help your squad, whether you favor dynasty or the redraft format, and we’ll also toss in some tips for DFS players out there. Finally, we will look at some former go-to fantasy assets who may be overvalued – in the short- or long-term – for one reason or another.

Kevin Hayes, C/RW, Philadelphia Flyers (Rostered in 28.4 percent of ESPN.com leagues): After an utterly underwhelming first half to November, Hayes is productively back on track with 16 points in 19 games, including four goals in his most recent four contests. Now the new Flyer is centering a second scoring line with Travis Konecny and James van Riemsdyk, and a secondary power play with Jakub Voracek. Pick up the former Ranger (Jet for a brief minute) if you need fantasy help up front.

Christian Dvorak, C/LW, Arizona Coyotes (15.2 percent): Centering a Coyotes’ top line with Taylor Hall, the 23-year-old assisted on a goal from the new Arizona winger against the Stars on Sunday. Give this forward duo a minutes to grow some chemistry, and Dvorak could be in for a blustery second half to 2019-20. Whether joined by Phil Kessel or Conor Garland.

Ondrej Palat, LW/RW, Tampa Bay Lightning (14.5 percent): Skating on a top line with Brayden Point and Nikita Kucherov, Palat has blossomed of late with two goals and four assists in five games. When healthy – unfortunately a perpetual issue for the 28-year-old winger – he serves as a legit scoring threat, particularly aside such aforementioned talent. And he’s in a groove right now.

Nikita Gusev, LW, New Jersey Devils (14.1 percent): After a rather pedestrian debut to his inaugural NHL campaign, the former KHLer finally appears to be figuring it out. Following a run of 12 assists in 13 games, the 27-year-old winger has scored a power-play goal in each of his last two contests. Collecting 82 points in 62 contests in St. Petersburg last year, the top-six forward is worth fantasy investment in most ESPN.com standard leagues.

Noel Acciari , C, Florida Panthers (7.7 percent): How can you argue with eight goals (and one assist) in six games? Proving he can still be productive away from Jonathan Huberdeau, Acciari scored the opener in Sunday’s 6-5 win over the Canadiens. It’s not like skating on a second scoring unit with Vincent Trocheck and Brett Connolly is too poor a gig either. The former Bruin is proving to be a different player his first year outside of Boston. I like him in deeper leagues, as long as he sticks on that second line. There may also be a power-play role in the offing at some points.

Andrew Mangiapane, LW/C, Calgary Flames (0.2 percent): I continue to keep a view of what Mangiapane accomplishes in a regular role on a scoring line with Matthew Tkachuk and Elias Lindholm. I’m not ready to take action yet, but I’m watching. Five points in five games deserves that much.

Catch 300+ NHL games streaming live or on replay this season on ESPN+. Click here for the upcoming schedule and to learn how to subscribe.

Tom Kuhnhackl, RW, New York Islanders (0.1 percent): Scoring his first goal of the season in his first recent turn on a top line with Anders Lee and Mathew Barzal, Kuhnhackl comes out screaming outside-the-box Daily Fantasy potential in Grand Prize Pool play. Just make sure the bottom-six regular is indeed skating on the Islanders’ No. 1 unit before DFS investment.

John Marino, Pittsburgh Penguins (21.9 percent): With Justin Schultz and Brian Dumoulin out weeks, the 22-year-old rookie finds himself shouldering greater responsibility on the Penguins’ blue line. Seeing top-four minutes and skating on the secondary power play, Marino has a goal and three helpers in his past five games, including an assist with the extra skater. In fact, the young defender has quietly contributed on the regular since early November, amassing 16 points in 24 contests. He won’t hurt you in the plus/minus or minutes department either.

Jacob Markstrom, Vancouver Canucks (26.0 percent): The starting netminder for the Canucks is on a appreciable roll, with four-straight wins and a .932 SV% since Nov. 21. Before sitting out the second game in a back-to-back set on Sunday, he had started nine-straight. Markstrom should be rostered in all but the shallowest of ESPN.com leagues. Oddly, he is not.

Cam Talbot, Calgary Flames (2.7 percent): Calgary’s No. 2 has been exceptional through five appearances this December, allowing only 10 goals on 165 shots for a .939 SV%. While he remains limited as an everyday asset in ESPN.com standard leagues – unless, of course, something happens to starter David Rittich – the 32-year-old veteran presents as a viable DFS or streaming option, depending on league settings. He’s seeing a noticeable uptick in action, competing five times in a recent span of three weeks.