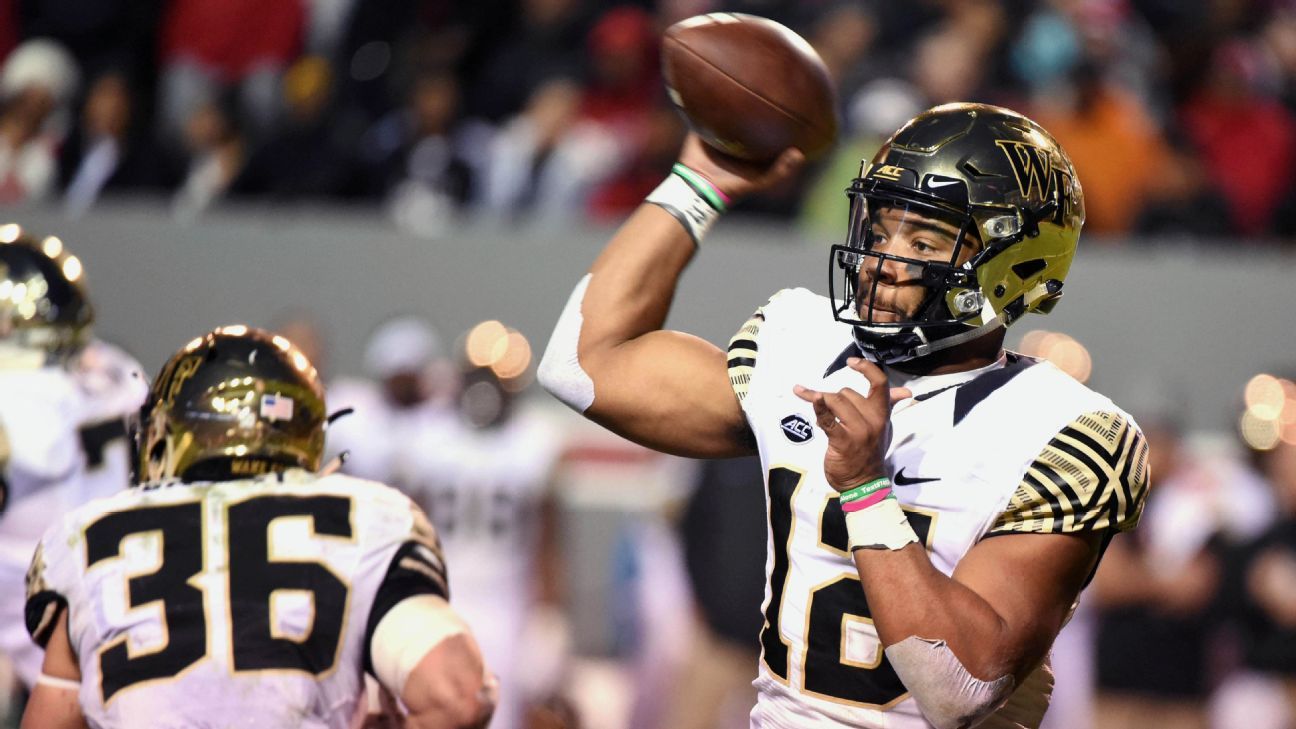 “Jamie informed me today that he will finish his eligibility at another school as a graduate transfer,” Wake Forest coach Dave Clawson said in a statement. “We appreciate Jamie’s contribution to our program’s success and wish him well as he continues his career.”

Newman called transferring from Wake Forest a “tough decision” in a statement posted on Twitter.

“My decision has been primarily based on my need to develop further and my desire to stretch myself and prepare for the next level,” Newman wrote. “I am thankful to Wake Forest for the opportunity and to my teammates, fans and coaching staff for a great season.”