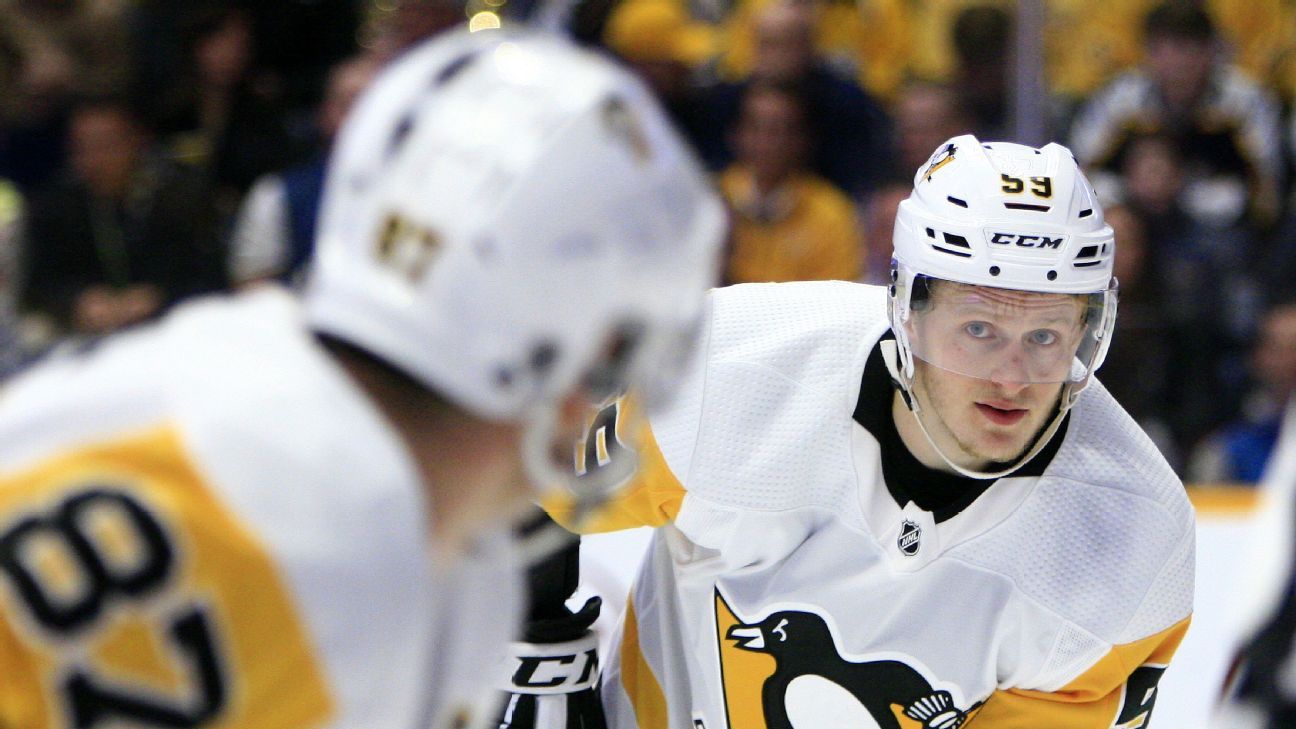 Pittsburgh Penguins center Jake Guentzel left Monday night’s 5-2 victory over Ottawa when he crashed into the boards after scoring in the third period.

Guentzel, taking a cross-crease pass from Evgeni Malkin, scored his team-best 20th goal before falling forward awkwardly into the boards behind the Senators’ net at 6:55 of the third period.

He appeared to avoid hitting his head full force, but rolled on the ice before getting up and skating off while favoring his right arm/shoulder.

Guentzel, 25, had a goal and an assist in the game and leads Pittsburgh this season with 43 points. He had been named as the Penguins’ lone All-Star earlier Monday.