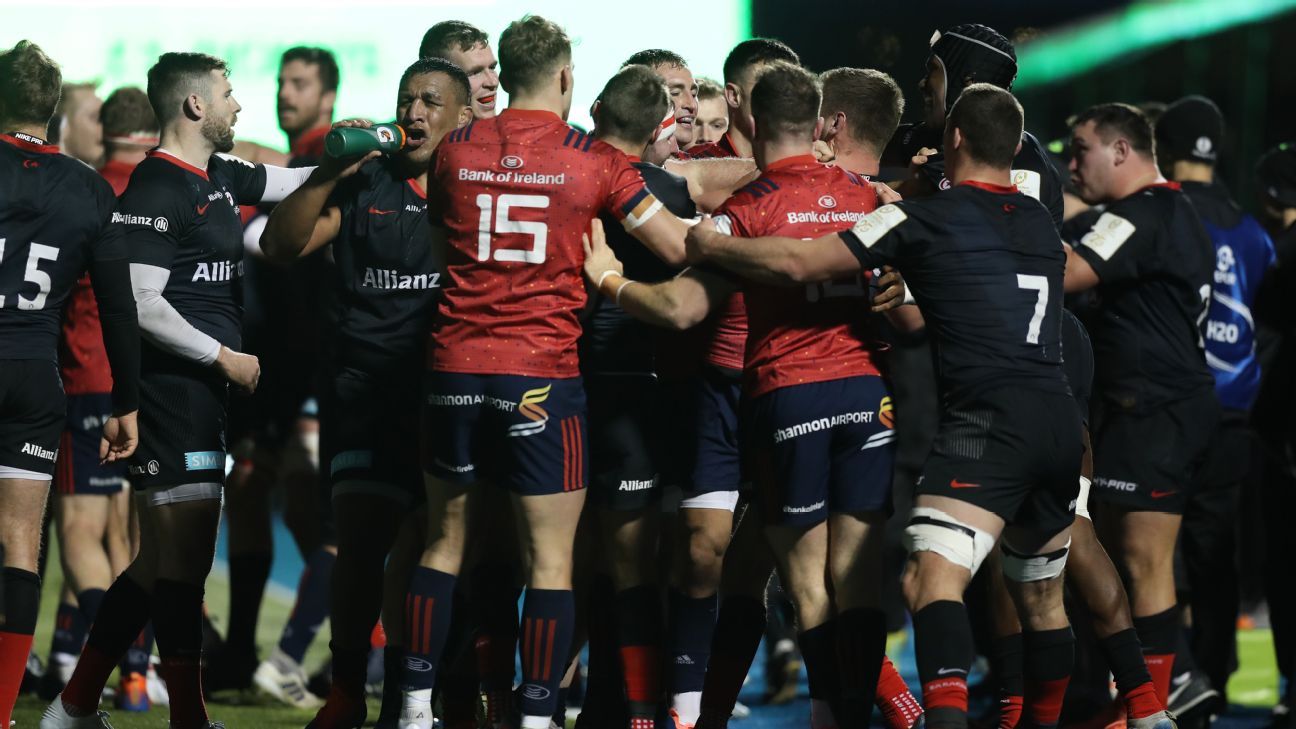 Munster doctor Jamie Kearns was fined and given a suspended touchline ban by an independent disciplinary committee on Tuesday for verbally abusing Saracens hooker Jamie George.

The European Club Professional Rugby (ECPR) announced earlier this month it was launching an investigation into a mass brawl which broke out at the Allianz Park during a Champions Cup game between Saracens and Munster on Dec. 14.

The brawl broke out in the second half with almost 30 players from both teams involved. Saracens head coach Mark McCall said after the game that the incident was sparked by comments from a member of the Munster medical staff towards George.

The ECPR said in a statement that an independent panel had found that Kearns “verbally abused” George during the game and had breached ECPR disciplinary rules.

Mitigating factors in the case included “the immediate expression of remorse shown by Dr Kearns”, leading the committee to hand down a three-week touchline ban — which was suspended for a period of 12 months — and a €2,000 fine.

Both Kearns and the ECPR have the right to appeal the decision.

Saracens defeated Munster 15-6 on the night in a much needed victory for the London side who were handed a 35-point deduction earlier in the year for breaching the league’s salary cap.