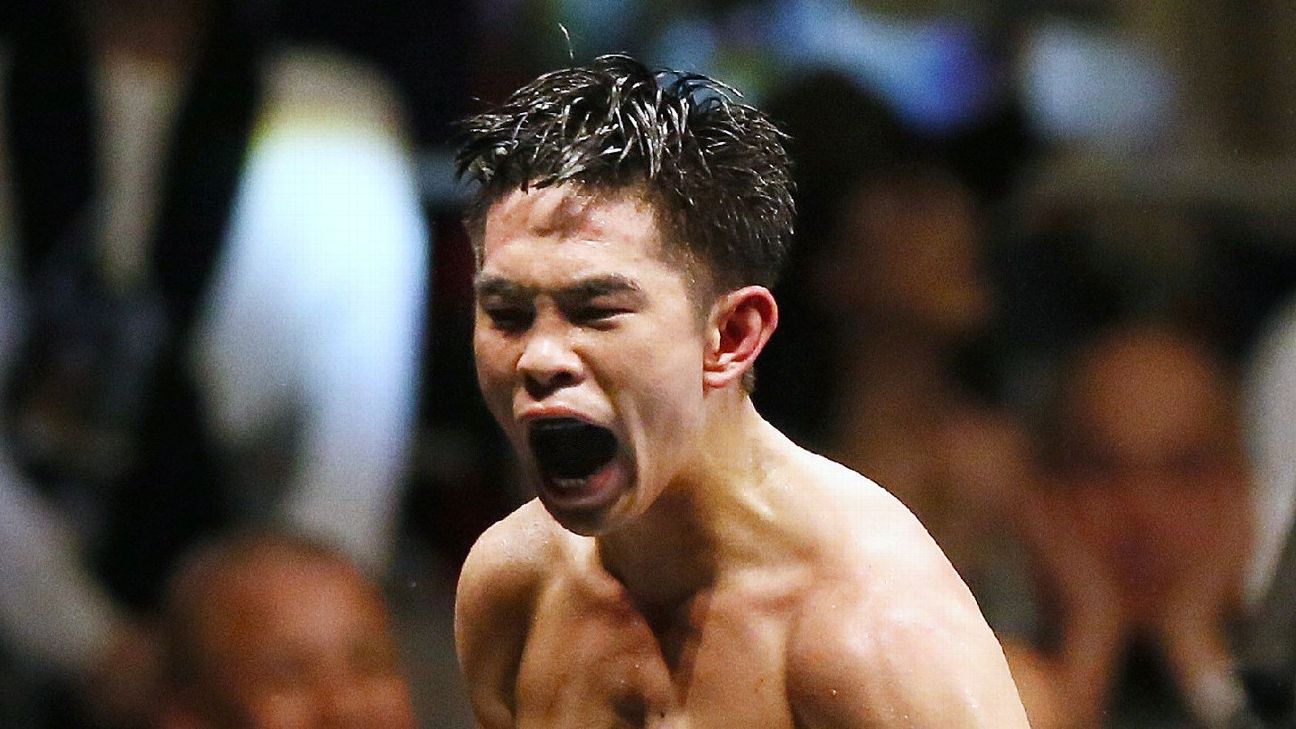 Junior bantamweight Kazuto Ioka and flyweight Kosei Tanaka, who were boxing on a traditional New Year’s Eve card in Japan, each retained his world title on Tuesday at the Ota City General Gymnasium in Tokyo.

In the main event, Ioka held on to his 115-pound belt thanks to a surge in the second half of the fight to win a unanimous decision over mandatory challenger Jeyvier Cintron.

The taller, quicker, left-handed Cintron, 24, gave Ioka, 30, of Japan, problems in the early going. But Ioka, 30, eventually found a rhythm and stepped up his attack, focusing on punishing Cintron with body shots, to come on strong in the second half of the bout.

In the co-feature, Tanaka (15-0, 9 KOs), dominated Wulan Tuolehazi (13-4-1, 6 KOs) en route to a third-round knockout victory. Tanaka, 24, of Japan, had his way with Tuolehazi, 26, of China. He pressured the slower Tuolehazi from the outset before landing a right uppercut, a left uppercut and then another vicious left uppercut that caught him squarely under the chin and dropped him near the ropes.

Tuolehazi was flat on his back halfway under the bottom ring ropes as referee Jose Hiram Rivera counted him out at 2 minutes, 29 seconds. Tuolehazi remained on the mat for a couple of minutes receiving medical attention.

Tanaka, who has won world titles in three divisions — strawweight, junior flyweight and flyweight — retained his 112-pound belt for the third time.

Before the card there was talk that if Ioka and Tanaka both won it could lead to a showdown between the two, so with both scoring victories, it is possible that Tanaka could move up in weight to challenge Ioka.