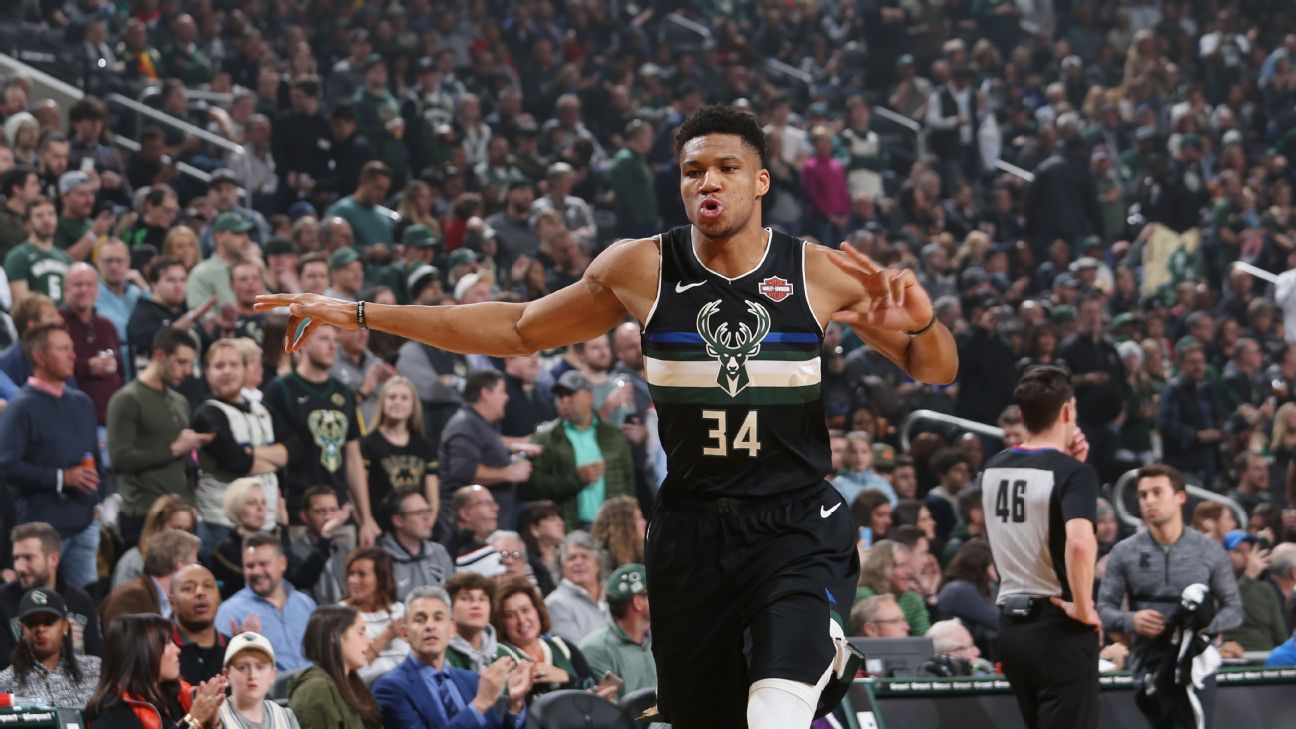 CHICAGO — Only one NBA team will enter 2020 with 30 wins under their belt: the Milwaukee Bucks.

Following Monday’s 123-102 victory over the Chicago Bulls, the Bucks reached 30 wins in the earliest calendar date since December 1980, when both the Philadelphia 76ers and Phoenix Suns accomplished the feat, according to the Elias Sports Bureau.

Although Milwaukee’s goals are much bigger for the season, even this start is impressive to the league’s reigning MVP Giannis Antetokounmpo who tries to remain even-keeled at all times.

“It’s definitely surprising that we won 30 games before January and it’s cool but we always can get better,” Antetokounmpo said following his 23-point, 10-rebound, 6-assist performance. “We can always do better and we’ve got to keep improving because the goal is to play late in the season.”

Antetokounmpo returned from a two-game absence (back soreness) during the Chicago trip as Khris Middleton led the way with a game-high 25 points, six rebounds and four assists.

Milwaukee held a three-point edge entering halftime then outscored the Bulls 40-25 in the third with five dunks to balloon the lead to as many as 24 points in the second half — including Antetokounmpo’s thunderous one-handed jam over Zach LaVine at 7:19.

After a heated meeting between both teams on the court before the break, where no one was overly demonstrative, the Bucks took it out on the floor when they came out of the locker room.

“Definitely,” Middleton said. “When the team tries to get physical and raise their level, we just try to take it to a whole other level. Play our best basketball and be physical without fouling.”

“It kind of felt good. Khris missed me like always. He actually shed a little tear so it was kind of heartwarming a little bit,” Bledsoe said jokingly. “Nah, it was great. They gave me a lot of flak for missing a couple games but it was fun.”

Bledsoe sustained the right leg injury during the Bucks’ 127-114 win at Memphis on Friday, Dec. 13 and the team went 6-2 in his absence but nobody inside the locker room was foolish enough to believe that services weren’t needed for the team to succeed in the long run.

“He’s fast. We call him the Ferrari around here,'” Middleton said. “He’s just so low to the ground, gets where he wants and he finds guys in traffic, which is a huge advantage for us.”

The Bucks will return home to host the Minnesota Timberwolves Wednesday on New Year’s Day. Even with the NBA’s best record, and their league-leading 10th 20-point victory, the focus is on staying consistent for the long haul.

Milwaukee has yet to lose a game against a team entering the game under .500.

“I mean it’s definitely great to have that record but we know it’s just the regular season,” Middleton said. “The real thing starts in the playoffs for us but we can’t get there unless we have a great record and we play our best basketball.”