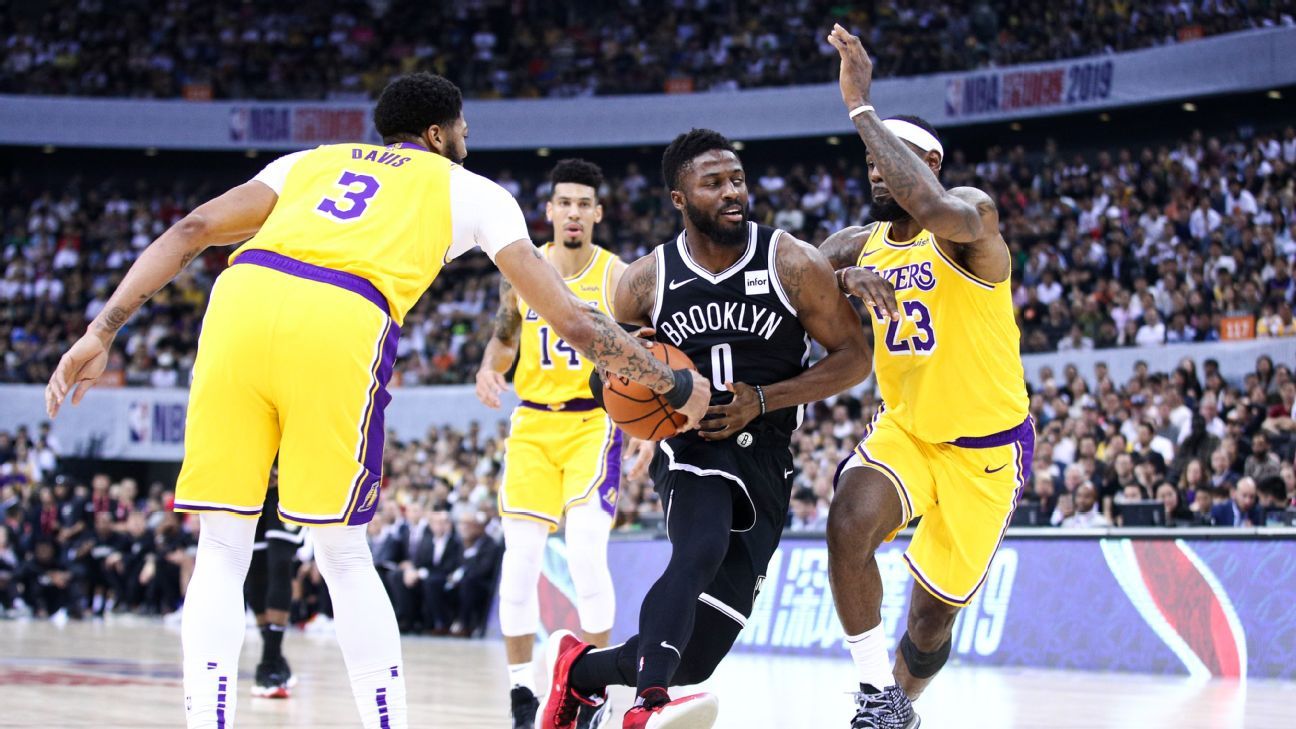 SHENZHEN, China — With a couple minutes remaining in pregame warmups, LeBron James made his way from the court to the Los Angeles Lakers‘ bench. He sat down, closed his eyes and let out a deep breath.

After a long week in China where the NBA’s burgeoning business in the Far East was tested nearly to its breaking point, it was time, quite simply, to play a basketball game.

It was Houston Rockets general manager Daryl Morey’s since-deleted tweet supporting Hong Kong protesters that sparked the turmoil that exists between the league and China.

Despite the second of the league’s two preseason exhibitions between the Lakers and Brooklyn Nets tipping off approximately 30 miles from Hong Kong, one wouldn’t know anything was amiss inside the Shenzhen Universiade Centre.

There was a sellout crowd of 17,396 in the arena, and the section of seats immediately behind the Lakers’ bench featured fans proudly draped in NBA gear — not just Lakers and Nets jerseys, but also garb supporting the Spurs, Raptors, Magic, Celtics and Kings.

There was hardly a reminder that the games were in jeopardy outside of the photographers located on the baseline wearing official vests for the event printed with “NBA SHENZHEN GAME 2019 Presented by” with a piece of black electrical tape covering up the logo of a sponsor who pulled out during the controversy.

But James still found a way to entertain.

Just as he did Thursday in Shanghai, James turned the pregame layup line into a dunk display, eliciting “oohs” and “ahhs.” He tossed chalk in the air at the scorer’s table before tipoff as a sea of smartphones captured the moment on camera.

And he kept the show going even after subbing out for good. He tallied 6 points, 4 assists and 3 rebounds in the first quarter.

James might have spent the third quarter with his hoodie pulled over his head as he chewed on a sandwich and sipped from a coffee cup, but the Lakers star made sure to swivel in his seat to acknowledge fans calling for his attention a few times.

When he got up out of his seat, reacting to a ferocious missed dunk by Kentavious Caldwell-Pope, the crowd serenaded him with the first of several “L-B-J” chants in the second half. Later, James interacted with the fans around him by bellowing a yell in their direction which they mimicked back at him, like this was Freddie Mercury owning the audience at Live Aid.

The Lakers went 0-2 in China, but a team source told ESPN that the “silver lining” to the tension-filled trip was the extra bonding time baked in. Because of the uncertainty enveloping the week as the Chinese government canceled a handful of ancillary events leading up to the games, the Lakers players did not spend much time going offsite from the team hotel, which meant there were more shared dinners and downtime spent together.

Neither team spoke to the media for the entirety of the 2019 China Games. At first, the media ban was at the behest of the Chinese government. By the end of the trip, the NBA adopted the temporary policy because it felt the teams “have been placed into a complicated and unprecedented situation while abroad, and we believe it would be unfair to ask them to address these matters in real time.”

The Nets and Lakers both left the arena to board airplanes headed back to the United States immediately after Saturday’s game.